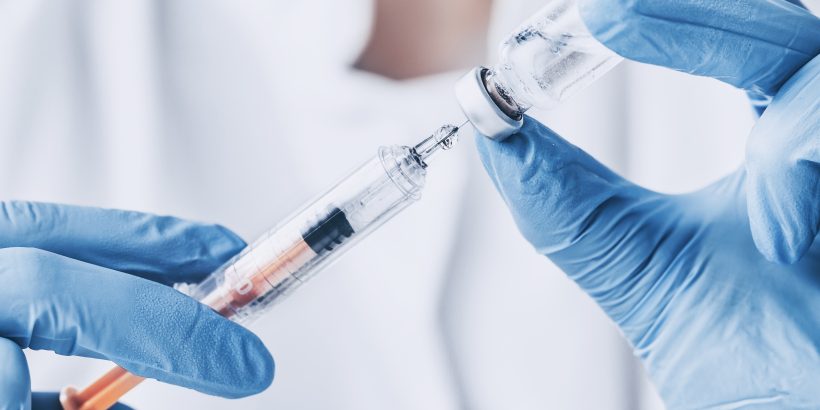 There is no scientific link between vaccines and autism, according to the Centers for Disease Control.

Both Pinterest and YouTube are actively working to prevent misinformation regarding the effectiveness and safety of vaccinations amid the ongoing Measles outbreak in an anti-vaccine hotspot in Washington State.

A spokesperson for Pinterest confirms to PEOPLE that Pinterest — which adopted a health misinformation policy in 2017 — has been “blocking certain searches related to vaccinations” since last year, because they found that “results were leading to harmful misinformation.”

According to the policy, Pinterest will remove “harmful advice…created as part of disinformation campaigns” from its site.

“We don’t allow advice when it has immediate and detrimental effects on a pinner’s health or on public safety,” the policy reads. “The includes all promotion of false cures for terminal or chronic illnesses and anti-vaccination advice.

The company will also remove Pins, boards and entire accounts that violate their health misinformation policy. Additionally, Pinterest works to block websites “of people or groups that explicitly affiliate themselves with health misinformation,” which “immediately removes their content from our platform and presents people from saving new Pins from their websites to Pinterest.”

“We want Pinterest to be an inspiring place for people, and there’s nothing inspiring about misinformation,” a Pinterest spokesperson tells PEOPLE via statement. “That’s why we continue to work on new ways of keeping misleading content off our platform and out of our recommendations engine.”

The Washington Post was the first to report on the news. According to the outlet, the changes, which were not publicly announced at the time, began being implemented last September and October.

As the New York Times noted, 80 percent of mothers and 38 percent of fathers in the United States use Pinterest, according to 2017 data from comScore.

Meanwhile, YouTube has also been removing ads from videos on their platform which promote anti-vaccination rhetoric.

“We have strict policies that govern what videos we allow ads to appear on, and videos that promote anti-vaccination content are a violation of those policies,” a company spokesperson told PEOPLE. “We enforce these policies vigorously, and if we find a video that violates them, we immediately take action and remove ads.”

According to Fox News, YouTube has also started putting informational panels on anti-vaccine videos, which link out to the Wikipedia page for “vaccine hesitancy.”

Earlier this month, California Rep. Adam Schiff sent a letter to both Facebook and Google, which owns YouTube, urging them to work to fight against spreading misinformation related to vaccines.

“The algorithms which power these services are not designed to distinguish quality information from misinformation or misleading information, and the consequences of that are particularly troubling for public health issues,” Schiff wrote in his letter.

“As a Member of Congress who is deeply concerned about declining vaccination rates around the nation, I am requesting additional information on the steps that you currently take to provide medically accurate information on vaccinations to your users, and to encourage you to consider additional steps you can take to address this growing problem,” he added.

To date, there are now 65 confirmed cases and one suspected case of the highly contagious virus in the town near Portland, Ore., according to Clark County Public Health. The majority of cases are in children aged 18 and under, and at least 57 cases are known to be people who are unimmunized.

Measles is a contagious disease caused by a virus that presents as fever, cough, runny nose and red eyes, followed by full body rash of tiny red spots, according to the CDC. It is highly contagious and spreads when an infected person coughs or sneezes.

Because measles is among the most highly contagious of all infectious diseases, it flares up in areas with low vaccination rates, Peter J. Hotez, a professor of pediatrics and dean of the National School of Tropical Medicine at Baylor College of Medicine in Houston, previously told the Washington Post. The outlet reported that 7.9 percent of children in Clark County were exempt in the 2017-2018 school year from vaccines required for kindergarten entry, making it a hotspot for outbreaks.

Measles, which was declared eliminated in the United States in 2000 thanks to vaccination, is now seeing a resurgence due to people choosing not to vaccinate. Cases are up 30 percent worldwide, according to the World Health Oganization, which last month named vaccine hesitancy — the “reluctance or refusal to vaccinate despite the availability” — as one of the top threats to global health in 2019.