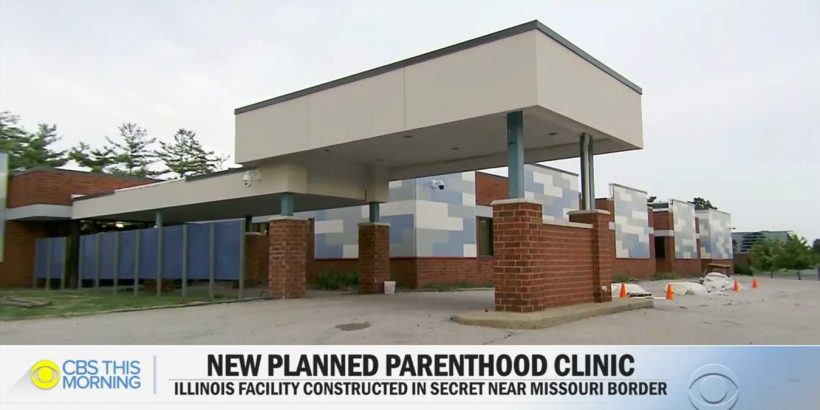 Planned Parenthood will open a large facility in Illinois to help women in nearby states where lawmakers are restricting access to abortions.

The 18,000-square-foot facility has been constructed largely in secret, under a codename, to avoid protestors and construction delays. Colleen McNicholas, the chief medical officer of Planned Parenthood of the St. Louis Region and Southwest Missouri, said that they decided to keep the project under wraps after other clinics had problems trying to build.

“We know that our colleagues at other PP and independent abortion clinics across the country have had difficulty opening new clinics,” McNicholas told CBS This Morning. “Things as simple as getting the phone company to come and put in phone and data lines, things like the cabinet makers not showing up to deliver once they knew that that facility was going to be an abortion facility.”

But the new clinic is nearly ready, and Planned Parenthood expects to start taking patients at the end of the month. The Illinois location is expected to see 11,000 patients a year, double the amount handled by smaller clinics nearby.

The building is located in Fairview Heights, Illinois, just 13 miles from St. Louis, where Planned Parenthood’s only remaining Missouri location is fighting anti-abortion lawmakers to retain its license and stay open. McNicholas says the new clinic will likely see many patients from Missouri, Kentucky and Arkansas, where abortion access has been restricted.

In the last two years, the number of women traveling from other states to Illinois for abortions has more than doubled, CBS This Morning reported.

“We were really intentional and thoughtful about making sure that we were able to complete this project as expeditiously as possible because we saw the writing on the wall — patients need better access, so we wanted to get it open as quickly as we could,” McNicholas said.

In the last year, 11 states — Alabama, Georgia, Indiana, Kentucky, Mississippi, Missouri, Ohio, Utah, North Dakota, Tennessee and Texas — have passed laws that restrict access to safe abortions. Nearly all of them have been challenged in court for violating the 14th Amendment, which the Supreme Court determined in the landmark Roe v. Wade case. Anti-abortion lawmakers hope that these lawsuits will eventually head to the Supreme Court, where the newly conservative bench could reverse Roe v. Wade.

Illinois, meanwhile, is one of several states that is trying to cement access to abortions with new legislation. Democratic lawmakers in the state proposed a bill that would make abortion a fundamental right. The bill is currently with a House committee.

McNicholas said that though the new facility is in Illinois, they will continue to push for better access in Missouri.

“Our supporters, our patients, the board, everyone is so committed to the mission of being present in Missouri and taking the responsibility to provide access to abortion for Missourians in the place they live,” she said. “Although I am confident it will be a fight, we will continue to show up to that fight.”