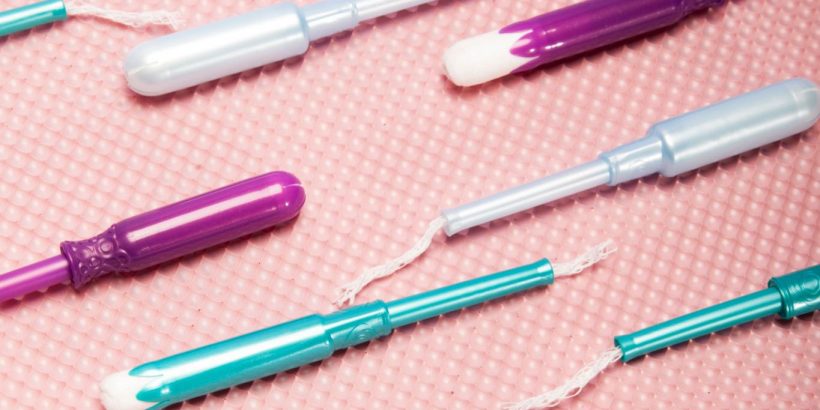 If you deal with heavy periods, you might just assume they’re par for the course—and you wouldn’t be alone.In a recent poll of 884 Women’s Health readers, 85 percent of respondents felt their heavy periods were “just normal,” and 59 percent of respondents reported experiencing at least one heavy period symptom in their lifetime. Think: passing blood clots larger than a quarter, bleeding for more than seven days, or soaking through a pad or tampon in an hour.

Experiencing one of these symptoms occasionally might be NBD. But dealing with them on the regular could be a sign of a medical condition called abnormal uterine bleeding (AUB), which affects one in five women.

AUB isn’t just annoying: It can put you at risk for potentially serious health problems like anemia, lower immune function, and decreased fertility, says obstetrician-gynecologist Peter D. Weiss, MD. It can also prevent you from comfortably doing things like going to work or school. In other words, def don’t ignore the symptoms. Ask your doctor what might be going on and then weigh your options.

Heavy periods are treatable, and not just by having a hysterectomy or using hormonal birth control like IUDs or the pill. There’s another choice—that’s hormone-free and minimally invasive—which you might not be familiar with. It’s a procedure called endometrial ablation; here’s everything you need to know about it.

Endometrial ablation is a one-time, minimally invasive procedure for treating abnormal uterine bleeding. Only 30 percent of survey respondents had heard of it, but it can make a huge difference in your monthly flow—and possibly eliminate it altogether.

“The majority of my patients have no more bleeding [after getting the procedure]. You may still get a period, but it will be pretty light,” says obstetrician-gynecologist Holly R. Miller, MD.

Interesting! So how’s it work?

Endometrial ablation uses radiofrequency, heat, or cryotherapy to disrupt a thin layer of the uterus lining. “You’re getting rid of the part of the uterus that would normally make the lining that’s shed each month during your period,” Dr. Miller explains.

The procedure takes about five minutes, and many gynecologists perform it right in their office using local anesthesia.

Any side effects I should know about?

According to the American College of Obstetricians and Gynecologists, you might experience some mild cramping or watery discharge after endometrial ablation, but you can get back to regular activities like work and exercise ASAP. Sex is off limits for a few weeks, though.

After that, your heavy periods—and the unpleasant side effects that come with them—will likely be a thing of the past. “It can be a game changer for a better quality of life,” Dr. Weiss says.

Is endometrial ablation right for me?

If you’re not into the idea of hormonal methods like birth control or a major surgery like a hysterectomy, which removes the entire uterus, endometrial ablation might be a good option.

Women who get endometrial ablation should be done having children or fully committed to not having them. Because endometrial ablation disrupts the lining of the uterus where an embryo would implant, getting pregnant after the procedure is highly unlikely, Dr. Miller says. However, it’s still a remote possibility, and if it does happen, the risk for miscarriage and other problems are much higher. For that reason, any woman of childbearing age who undergoes endometrial ablation should use some form of birth control, recommends the American College of Obstetricians and Gynecologists.

If you think you’d like to learn more, talk to your gynecologist. Your physician can start by evaluating your heavy bleeding to make sure it isn’t the result of other issues (like a thyroid problem) and help you figure out if endometrial ablation can help you find relief.

Want to learn more about our heavy period survey?

Here’s are some of the most interesting takeaways.

To learn more about heavy periods and what you can do about them, check out WeHateHeavyPeriods.com.