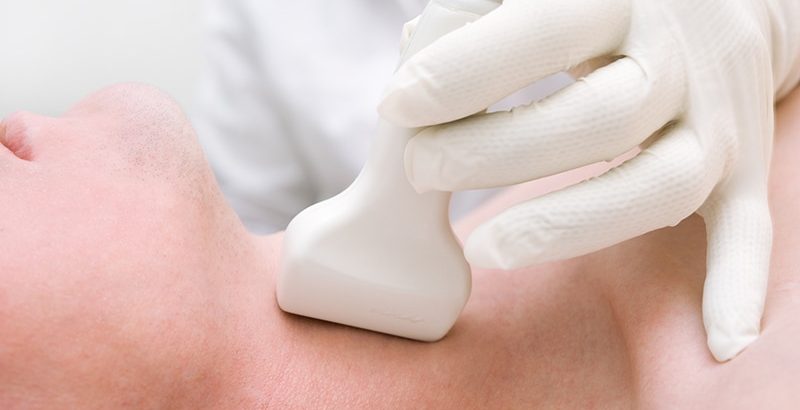 Radiofrequency ablation (RFA) shows efficacy as a potential noninvasive option for the treatment of low-risk microcarcinomas in papillary thyroid cancer (PTC) when measures beyond active surveillance are warranted, results from a new review show.

“The results in the current study suggest that RFA could function as a useful alternative treatment strategy in which patients are treated minimally invasively with curative intentions,” report the authors of the meta-analysis published online in JAMA Otolaryngology – Head and Neck Surgery.

Commenting on the research, Joanna Klubo-Gwiezdzinska, MD, PhD, said the work offers useful evidence on the potential role for RFA in low-risk micro-PTC — with some notable caveats.

“I agree that RFA might be a good option for patients unwilling or unable to accept active surveillance and for patients who are at high surgical risk because of comorbid conditions,” she told Medscape Medical News.

However, “RFA for patients with an evidence of nodule growth requires more data to be analyzed and a longer follow-up period in lieu of the fact that 21% of nodules subjected to RFA did not disappear, based on the data the authors provide,” noted Klubo-Gwiezdzinska, who is acting chief of thyroid tumors and functional thyroid disorders at the National Institutes of Health, National Institute of Diabetes and Digestive and Kidney Diseases (NIH-NIDDK), in Bethesda, Maryland.

Microcarcinoma PTC, defined as measuring 10 mm or less, is highly common, making up approximately half of papillary thyroid cancers diagnosed in some countries, and the outcomes of those cancers are excellent, with disease-specific survival of more than 99% after 10 years.

Guidelines in the United States and Europe typically recommend surgery (lobectomy) as a standard treatment for thyroid cancer, however, with many of the low-risk microcarcinomas remaining indolent and never progressing to the point of requiring treatment over a person’s lifetime, some also recommend considering active surveillance, or watchful waiting, for those lower-risk cancers.

In situations such as evidence of tumor growth during active surveillance, some countries, particularly Asian countries, also suggest considering thermal ablation techniques, including RFA, as an alternative to surgery, with key benefits including lower costs and potentially a lower risk of complications compared with surgical lobectomy.

To investigate reported outcomes with RFA specifically in the treatment of microcarcinoma PTC, the authors, led by Sam P.J. van Dijk, BSc, of University Medical Center Rotterdam, the Netherlands, identified 15 studies published after 2016 involving 1770 adult patients and 1822 tumors who received RFA for the treatment of low-risk PTC microcarcinomas, defined as measuring 10 mm or less.

The studies were conducted in China and South Korea, where RFA is more commonly used in low-risk microcarcinoma PTC.

Patients were 77.9% women and a mean age of 45.4 years. The analysis excluded patients with pre-ablation lymph node or distant metastases, recurrence of disease, or extrathyroidal extension.

Of the 1822 tumors treated with RFA, 49 required an additional RFA treatment and one tumor had two additional treatments.

With a mean follow-up of 33 months (range, 6-131 months), the primary outcome of the pooled rate of complete disappearance of microcarcinoma PTC on ultrasonography was 79%.

The overall rate of tumor progression was 1.5% (26 patients), and local residual microcarcinoma PTC occurred in 0.4% (7 tumors).

New microcarcinoma PTC occurred in 0.9% (15) of patients; 0.2% (4) developed lymph node metastases during follow-up, and no distant metastases were observed.

Minor complications occurred in 45 patients, and there were three major complications, including two voice changes that lasted more than 2 months and one cardiac arrhythmia.

“This study suggests that radiofrequency ablation is a safe and efficient method to treat selected low-risk papillary microcarcinoma of the thyroid,” say van Dijk and colleagues.

Questions Surrounding the 20% of Patients Who Still Had Residual Nodules

While the analysis did not include direct comparisons between RFA and lobectomy, Klubo-Gwiezdzinska noted that, in general, “RFA appears to be associated with a lower complication rate compared with surgery, but also lower efficacy, with 21% of patients with residual nodules.”

The results raise the question of whether “all of the residual lesions are associated with persistent disease, and, if so, do they warrant further intervention?” she added.

To that point, the authors note that only 7 (0.4%) of the 21% of patients with persistent nodules showed residual microcarcinoma PTC cells after RFA, a fact that underscores that “the assessment of tumor response in patients with mPTC after RFA is complicated,” they write.

A key concern with assessing responses in RFA is that fine needle aspiration has been shown to have reduced diagnostic accuracy following treatment due to insufficient cellularity in the ablation area, the authors note.

They add that core needle biopsy is believed to have higher accuracy.

While commenting that the analysis used the “best standards,” Klubo-Gwiezdzinska noted the caveat that it provides “low-to-moderate quality evidence as it included either case series or retrospective cohort studies, characterized by an inherent bias associated with these study designs.”

And as the authors also acknowledge, possible overlap in the included cohorts “could mean that sample sizes might be smaller than reported,” Klubo-Gwiezdzinska commented.

To further evaluate the pros and cons of RFA, the authors suggest that “future studies may focus on improving complete disappearance rates of the tumor volume, possibly with more advanced or longer RFA procedures.”

RFA an Option for Some Patients

In the meantime, senior author Tessa M. van Ginhoven, MD, PhD, of the Department of Surgical Oncology and Gastrointestinal Surgery, Erasmus MC Cancer Institute, University Medical Centre Rotterdam, suggests that, in addition to cases of local tumor growth, possible uses of RFA for micro-PTC could include situations of patient anxiety due to active surveillance.

The authors and Klubo-Gwiezdzinska have reported no relevant financial relationships.