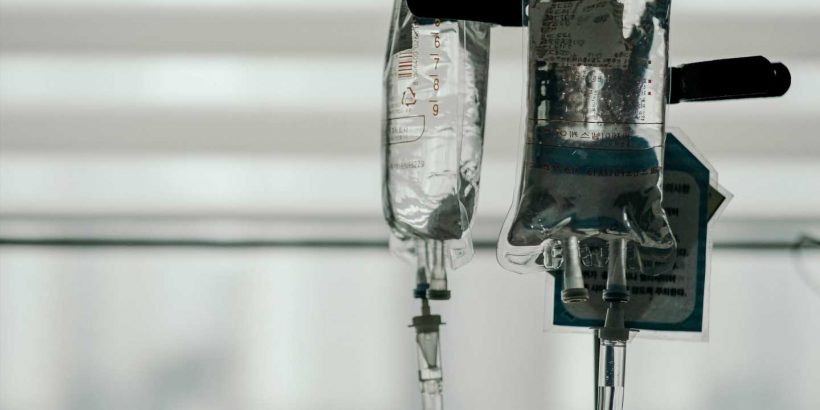 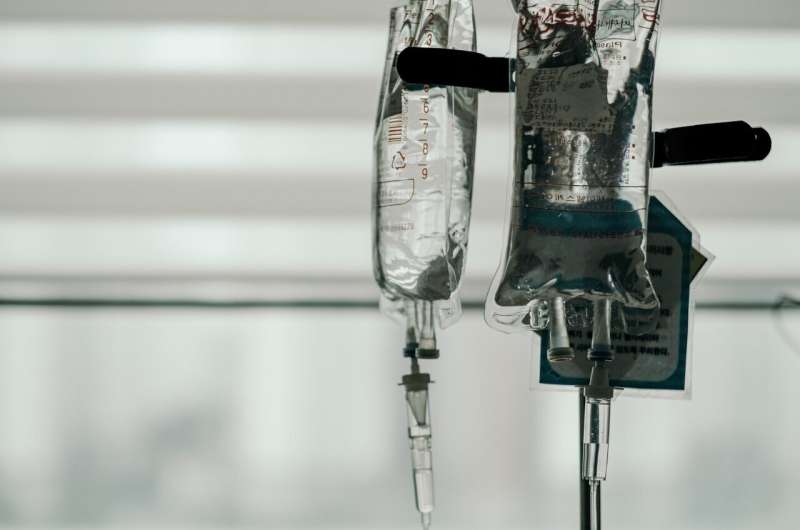 Two products commonly administered intravenously to replenish iron levels in the body have a much higher chance of provoking a severe allergic attack, according to Rutgers researchers who conducted a study analyzing the medical records in a large database of older Medicare patients.

The work, published in the Annals of Internal Medicine, compared the incidence of anaphylaxis, a life-threatening allergic reaction, among older patients who took one of the five most frequently used IV iron formulations to treat iron deficiencies. IV iron products are commonly used in patients with iron deficiency anemia who are unable to ingest or tolerate oral iron pills. The risk for anaphylaxis, the researchers found, was higher in those administered iron dextran and ferumoxytol compared with the experiences of those using ferric gluconate, iron sucrose and ferric carboxymaltose.

Allergic reactions occur more frequently in the elderly. And those treating them are unsure why iron-boosting formulations will sometimes unexpectedly provoke severe anaphylaxis requiring emergency treatment and even hospitalization.

“Quantifying the risk of anaphylaxis from current intravenous iron formulations is important because so much is unknown,” said lead author Chintan Dave, an assistant professor at the Rutgers Center for Pharmacoepidemiology and Treatment Science. “That led us to compare the risk specifically between five most frequently used products. Our investigation offers an important step forward in understanding this problem.”

The risk of anaphylaxis across all five IV iron formulations was still very low, he noted, but the data shows that the highest incidence was noted for iron dextran, with 10 patients per 10,000 having the severe allergic reaction, and ferumoxytol, with 4 patients out of 10,000 experiencing anaphylaxis, according to the study.

“We conclude by saying that the rates of anaphylaxis were very low with all IV iron products, but three- to eight-fold greater for iron dextran and ferumoxytol compared with iron sucrose,” said Dave, also a professor at the Rutgers Ernest Mario School of Pharmacy.

For the study, the researchers used advanced statistical methods and pharmacoepidemiologic techniques, which are tailor made for studying the safety and effectiveness of medications using large observational databases. They scoured the medical records of about 167,000 older patients collected by Medicare between 2013 and 2018, looking for episodes of anaphylaxis connected with intake of IV-administered iron formulations.

“Anaphylaxis is just one of many factors to consider when deciding on which IV iron formulation to administer,” Dave said. “These include not only the risk of anaphylaxis but also other factors such as the clinical indication, number of IV iron administrations required, risk of other adverse reactions and cost.”

The work provided good news, too.

“Our findings also provide reassuring data with respect to the risk of anaphylaxis with ferric carboxymaltose, which has seen a rapid increase in use following favorable clinical trial data in a variety of clinical indications,” said co-lead author Soko Setoguchi, a professor of medicine and epidemiology at Rutgers Robert Wood Johnson Medical School and Rutgers School of Public Health. “By clarifying the risk of this rare, but severe adverse reaction, this information can be used to contribute to the choice of IV iron preparations.”