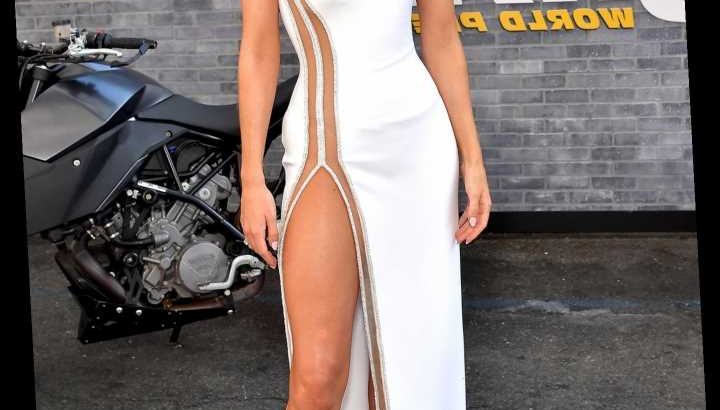 Rosie Huntington-Whiteley gained more weight that she expected during her pregnancy — 55 lbs. — and found the weight loss process “very humbling.”

The model and designer, 32, said her pregnancy with son Jack, 2, was “an intense journey” during an interview with Ashley Graham — who is expecting her first child in the next few months — on her podcast Pretty Big Deal.

“Listen, I enjoyed myself. I let the reins go,” Huntington-Whiteley said. “It’s a new experience, so you’re kind of like, well, let’s see how this goes. And six months in I was like, ‘WHAT! This is crazy!’ ”

Huntington-Whiteley, who welcomed Jack in June 2017 with fiancé Jason Statham, said she struggled at first to accept her changing body, but “basically walked around naked for the last month at home.”

“So by the end I just felt really empowered in my body, but it took a minute to get there,” she said.

And after giving birth, the weight didn’t come off easily.

Huntington-Whiteley started to feel guilty about the times pre-pregnancy when she would talk about her workout routine and tell people to just work out three times a week to look like her.

“I cannot tell people how to feel about their bodies, because everybody has a different experience,” she realized.

RELATED VIDEO: Pregnancy Is Different for Everyone

Around seven months after giving birth, Huntington-Whiteley was doing a photoshoot for her swimwear line and paparazzi photos appeared online, which led to intense criticism about her body.

“I was kind of taken aback by some of the comments that people had … and the narrative around how women are supposed to look,” she said. “It was just shocking to see someone write, ‘Another Body Ruined After a Baby.’ I was like, what the f—. Sure, I haven’t bounced back, it’s 7 months later, but like… I was quiet for a couple days but you get on, it makes you stronger.”

Huntington-Whiteley said that she got back to her pre-baby weight about a year after giving birth, but by then, her mindset had changed.

“Everybody’s body is different, everyone is on their own journey, and I really want every mother to really focus on herself but also the time with her child and it’ll come, it’ll happen, and everybody gets back to a place where they feel good again, if not better. Because I feel better, and I feel a different respect for my body than I did before,” she said.