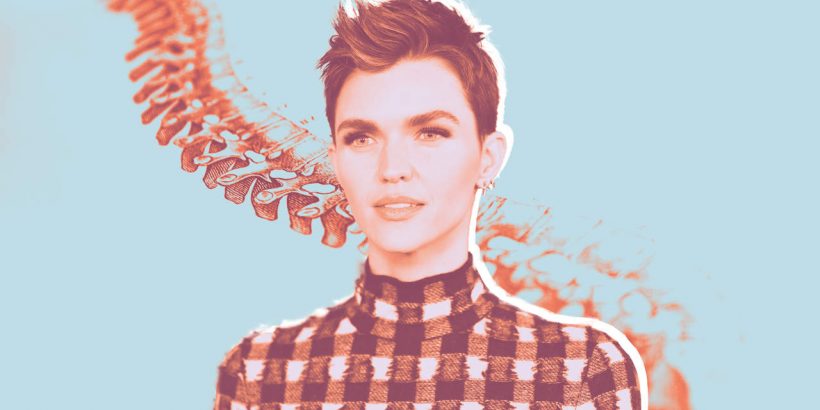 Ruby Rose,  star of the CW's upcoming series Batwoman, recently posted a video of herself undergoing emergency surgery following an injury she had while doing her own stunts. Yep, you read that right. She had someone record her surgery…and then she posted it on Instagram.

"A couple of months ago I was told I needed an emergency surgery or I was risking becoming paralyzed," the 33-year-old actress captioned the video. "I had herniated two discs doing stunts, and they were close to severing my spinal chord." She also wrote that she was in chronic pain and couldn't feel her arms.

What exactly is a herniated disk? The spine consists of bones called vertebrae; between them are soft disks filled with a jelly-like substance that cushion the vertebrae and keep them in place. A herniated disk means a disk has ruptured, allowing the jelly-like center of the disk to lea—which can irritate nearby nerves, according to the National Institutes of Health.

Most people with herniated disks won't need surgery, states Mayo Clinic. A doctor might suggest surgery, however, if other treatments like pain medication and physical therapy don't improve symptoms after six weeks. Surgeons can typically remove just the protruding portion of the disk, although in some cases, the entire disk must be removed.

Rose didn't give more details on the specifics of her case, but she did write this: "To anyone asking why I let them video it.. Did you not watch that Greys anatomy episode where they left a towel in a patient?? Also I wanted to see what happens when we go under."

Fair warning: The video is pretty graphic, so watch at your own risk. But whether you watch it or not, Rose's followers seem to agree that the whole thing shows how much of a badass she really is. Chances are her new series, set to air on October 6, will only further that consensus.