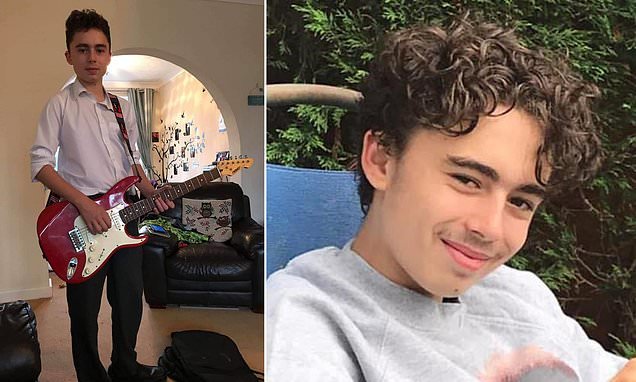 Schoolboy, 15, is fighting for his life and has been in a coma since Christmas Day after being struck down by SWINE FLU

A schoolboy rushed to hospital on Christmas Day has been in a coma for the past nine days after testing positive for swine flu.

Robert Brennan, 15, remains seriously ill on a specialist critical care unit after initially being taken to hospital with a suspected kidney infection.

His mother, Mel Brennan, 40, rushed him to hospital on Christmas morning after watching his health deteriorate from December 21 when he went to bed with ‘a cold’.

Medics feared the worst and put him in a medically-induced coma after diagnosing him with severe pneumonia and sepsis, and later in the evening, swine flu.

His desperate family, of Alsager, Cheshire, whose Christmas presents are still under the tree, said he will be severely brain damaged, if he survives. 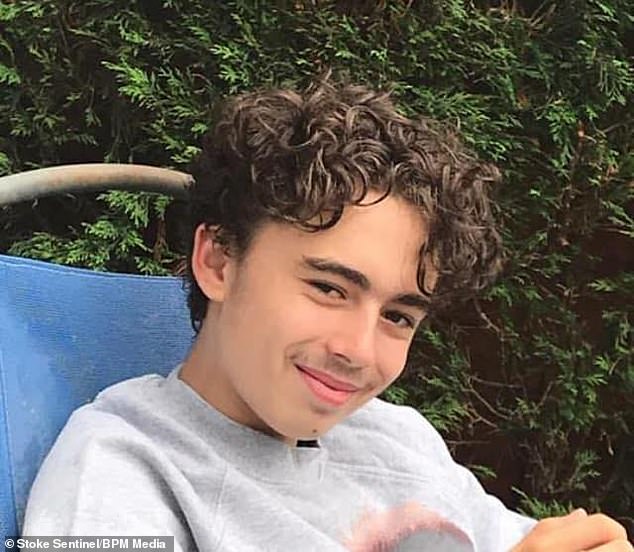 Robert Brennan, 15, remains seriously ill on a specialist critical care unit after initially being taken to hospital with a suspected kidney infection and later testing ‘positive for swine flu’

Members of his local community have been raising funds to cover the costs of the house bills the family have missed while being away.

Ms Brennan has been at her son’s bedside at Alder Hey Children’s Hospital in Liverpool from the moment he was admitted.

She said: ‘No parent should ever have to be told to prepare for the worst when it comes to their children. It’s very scary.’

The mother-of-two said the teenager, a pupil at Alsager School, first went to bed with a cold on Friday, December 21 after completing a work placement at Crewe’s South Cheshire College.

‘I gave him cold and flu tablets and by the Saturday and the Sunday he had started with back pain,’ Ms Brennan said.

‘By Christmas Eve night his breathing was slowly becoming rapid and by Christmas morning I knew he wasn’t right and an ambulance took him to Leighton Hospital with a suspected kidney infection.

‘He was quickly diagnosed with severe pneumonia and sepsis, put in a medically-induced coma and it was felt he would have better care at Alder Hey.

‘We arrived at Alder Hey at 7.45pm on Christmas Day and he was put onto the critical care unit where he also tested positive for swine flu. He is now on a machine and fighting for his life. 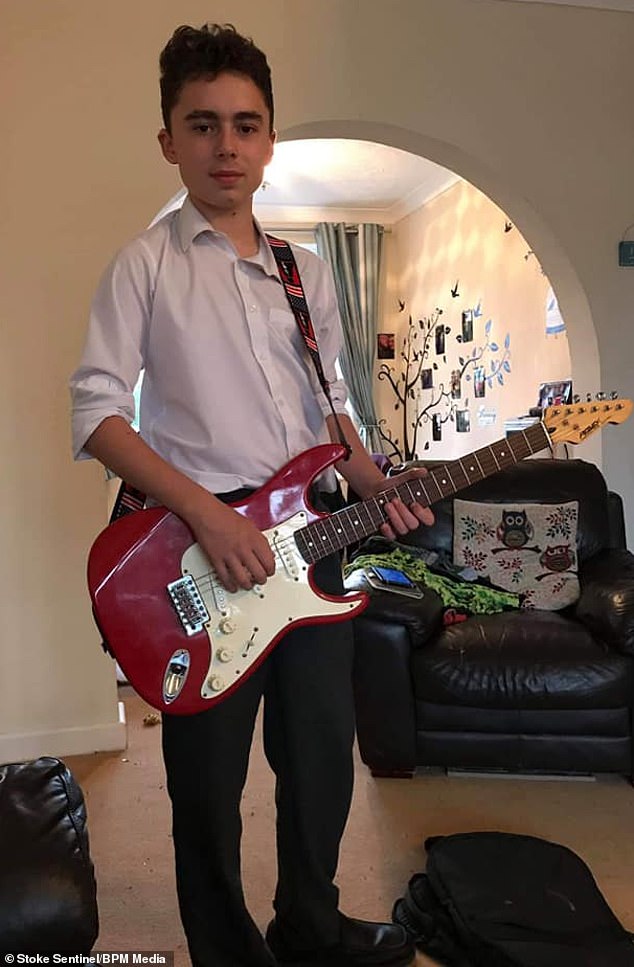 Robert, of Alsager, Cheshire, will be severely damaged if he survives. He has been in a coma for nine days since he was taken into hospital on Christmas morning by his mother

WHAT IS SWINE FLU?

Swine flu was the popular name for flu caused by a relatively new type of flu virus responsible for a global flu outbreak in 2009.

The scientific name for the swine flu virus is A/H1N1pdm09 – sometimes shortened to ‘H1N1’.

It is now just a normal type of seasonal flu and is included in the annual flu vaccine.

The virus was first identified in Mexico in April 2009. It became known as swine flu because it’s similar to flu viruses that affect pigs.

The symptoms are the same as normal flu and usually go within a week or so.

Those with underlying health problems are at higher risk of serious illness.

‘He has small bleeds on the brain as the infection is extremely severe and has spread. He will have brain damage if he pulls through.’

Swine flu is the H1N1 strain of flu – and children face a higher risk of catching it because of their weaker immune system.

It was responsible for a major global pandemic in 2009, killing nearly 300,000 people across the world after striking around 60 countries.

Friends and family have rushed to the aid of Ms Brennan, who also lives with her younger son, seven-year-old Oliver, partner John Lockett and his three children.

An online appeal, set up by Mr Lockett, has already raised more than £3,000 to try to cover the cost of bills and day-to-day living expenses.

Mr Lockett, 39, said: ‘Robert is still in a coma and Mel has been at the hospital every day. But while she is in that heartbreaking bubble, life still goes on, the postman still puts bills through the door and rent has to be paid.

‘I set up the GoFundMe page because I just thought I would try to get extra help with bills and I thought we would get between £200 and £500 – but it has so far raised more than £3,000.

‘Now we want to fund-raise because they are going to need things when he comes out – and they have completely missed Christmas.

‘Robert’s little brother hasn’t seen his mum since Christmas morning because she has been at the hospital, and Robert’s presents are still lying unopened under the tree. It is heartbreaking.’

The mother-of-three, of Alsager, said: ‘We’re trying to fund-raise like mad for the family because we’ve now been told that when he comes around there will be some brain damage.

‘It got to the point at one stage where we thought he might not make it through the night. We want to support them with the costs.

‘He is Queen mad so we are trying to hold a charity gig for him to get the fund-raiser going after the GoFundMe hit £3,000 in its first 48 hours.

‘Everyone has been so kind and generous, they’ve even been donating food for the family’s cats.’

Ms Brennan said: ‘The fund-raising appeal has been overwhelming and I am going through a roller-coaster of emotions. We can’t get our heads around the level of love and support there is out there for Robert. I couldn’t have got through it all without John, family and friends.’

To support Robert and his family visit the GoFundMe page here.