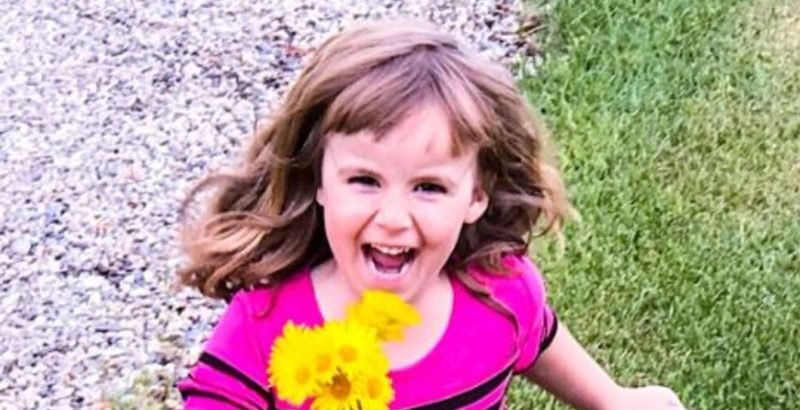 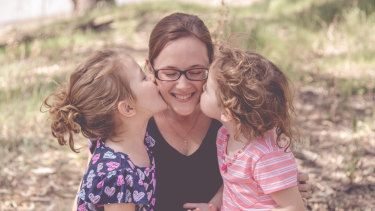 It seemed the most likely cause of her baby's illness: before the vomiting started, Ms Partridge had only fed Matilda an innocuous bowl of rice cereal.

"I took her to the doctors and they said it was just a stomach bug, it's quite normal in children this age to vomit quite a lot when they have a stomach bug.  They said to just keep her fluids up and she'll be fine. Which is not actually what happened."

Over the next nine months, Matilda had eight similar reactions, each after eating different foods. Underweight, the infant was diagnosed with failure to thrive.

"She was screaming through the night. She did not eat, did not sleep, and did not grow."

When Ms Partridge's seven-month maternity leave came to an end, she extended it. Living in Walgett, in outback NSW, she knew she would be unable to continue her search for someone to help her increasingly ill child and return to work.

"We had to travel; people needed to see her. She was literally wasting away."

Eventually, it was a nine-hour drive to visit doctors in Sydney which saw Matilda, then 13 months old, diagnosed with FPIES, a food allergy affecting the gastrointestinal tract.

"Nobody put the pieces of the puzzle together," Ms Partridge says. "I asked a couple of doctors [previously] if it was FPIES based on research I had done, but I was told that no, that was wrong."

A food allergy that can be triggered by any food

Any food can cause FPIES, and the types of food most likely to set off a reaction vary between regions.

In Australia, the most commonly reported food responsible for FPIES is rice, followed by cow's milk, egg, oats and chicken. However, in Mediterranean countries, fish tends to be a trigger.

"We think this is because these are the first solid foods many children are presented with," says Dr Sam Mehr, paediatric immunologist and allergist at Royal Melbourne Hospital.

She was screaming through the night. She did not eat, did not sleep, and did not grow.

Dr Mehr says part of the confusion around FPIES comes from it being different to what we would normally perceive as an allergic reaction, as it is not an "immediate food allergy", characterised by instant swelling, hives and difficulty breathing.

Instead, an FPIES reaction is delayed: roughly two hours after eating the food, the child will begin vomiting profusely, sometimes also appearing quite "pale and floppy" and even hypothermic. Symptoms subside after a few hours.

A survey undertaken by Dr Mehr through the Australian Paediatric Surveillance Unit between 2012 and 2014 found FPIES is relatively rare, occuring in children under two years at a rate of roughly 15 sufferers per 100,000 births.

Although this number seems low – a child is 200 times more likely to be allergic to peanuts – Dr Mehr says the self-reported nature of these statistics means he believes they are a conservative estimate, with some international studies finding numbers to be closer to 0.3 or 0.4 per cent of the infant population.

'It's incredibly demoralising': lack of awareness leads to misdiagnosis

In an article published this week in the Medical Journal of Australia, Dr Mehr and Professor Dianne Campbell, chair of paediatric allergy and clinical immunology at the University of Sydney and Westmead Children's Hospital, wrote that a lack of awareness of FPIES often leads to misdiagnoses of sepsis or gastroenteritis. 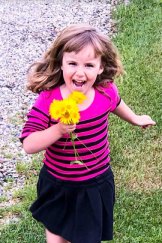 Amanda Lennestaal’s daughter Dorotea, 5, has not outgrown her FPIES.

FPIES Australia spokesperson Amanda Lennestaal, says misdiagnosis is a real source of frustration for parents of children with FPIES, reporting parents have been told by doctors that it "can't be possible" to be allergic to foods known to commonly cause an FPIES reaction, like rice or chicken.

"It’s incredibly demoralising for parents to be told, ‘Oh it’s just a food intolerance, not more than a little bit of vomiting after eating something,'" she says.

"We sought help from a GP, child health nurses, a lactation consultant, a tongue-tie specialist, naturopath, and were even referred to [parenting advice service] Tressilian in order to see why on earth she was so miserable," she recalls, adding she removed common allergens from her own diet fearing Dorotea's reactions were occurring due to sensitivity to her breastmilk.

While most children grow out of FPIES by their third birthday, Dorotea has been fitted with a permanent feeding tube. Ms Lennestaal says her family has accepted "the realities of FPIES is a significant part of [their] daily routine".

"I'm just so thankful that she was my third child [so] I knew something wasn't right with her," she says, adding it gave her the "impetus" to push back when her daughter's reactions to foods were dismissed.

Matilda, who will turn six next month, now only has FPIES reactions to two of her trigger foods: eggs and wheat.

Ms Partridge says she was grateful her professional background as a paramedic meant she was able to look after Matilda during those "scary" months before her diagnosis.

Dr Mehr says a failure to diagnose FPIES, which can only be confirmed through a "food challenge" exposure test, can cause serious stress and anxiety to families.

"Parents can become very anxious when introducing new foods to the child, because they have seen what's happened to them," he says.

It's hard to explain how bad the child can look, often they are taken to ICU.

"The children can get so sick within a two-hour timeframe. The parent thinks they're going to lose their child, because they are almost unconscious at the time. It's hard to explain how bad the child can look, often they are taken to ICU."

Although Ms Partridge may have had to wait seven months for Matilda's diagnosis, Dr Mehr says this time is slowly improving, thanks to awareness. International consensus guidelines for treating FPIES were published in 2017 after the allergy was included on the International Statistical Classification of Diseases and Related Health Problems two years earlier.

"More information is now available, that this is an allergic condition, and hopefully doctors are able to use this information to make a diagnosis."