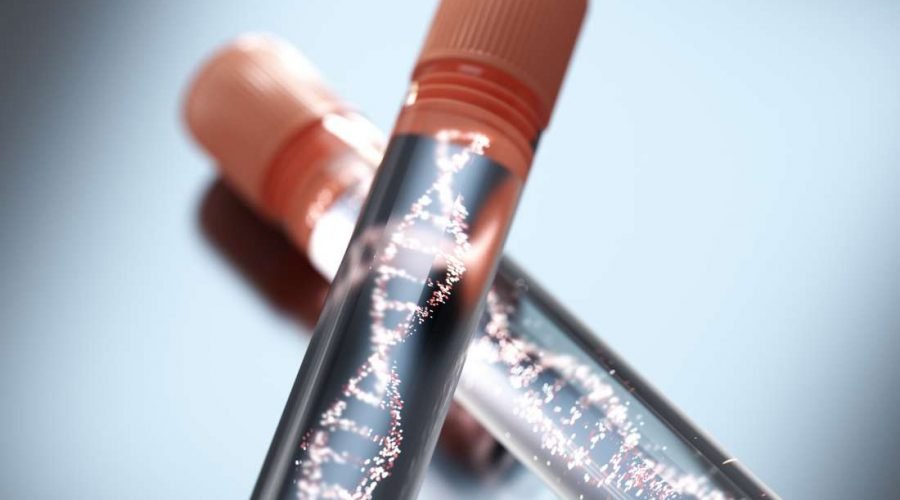 Over the years, researchers have identified genetic risk factors for a range of conditions.

Each year, millions of people access information about their genetic risk of developing conditions such as Alzheimer’s.

Some estimate that in 2017 alone, 1 in 25 people in the United States purchased personalized genetic tests.

One of the reasons why experts carry out these tests is to inform an individual what conditions they might be at increased risk of developing, giving them the impetus to make lifestyle changes to reduce the risk.

Currently, there is a debate about whether knowing genetic risk factors can motivate people to change their lifestyle and be an overall force for good.

In fact, there is some evidence that knowing about genetic risks could have a negative impact in some cases. This is because individuals tend to perceive their genetic makeup as being out of their control, perhaps convincing them to simply give up.

A new study in Nature Human Behaviour approaches this new field of research from a slightly different direction. In it, the scientists ask whether merely receiving genetic risk information can change an individual’s risk.

The study, from Stanford University in California, taps into the placebo effect — where an inert intervention, such as a sugar pill, has a measurable benefit.

The placebo effect is so powerful that, in drug trials, a placebo can exert just as large an influence as the drug undergoing testing.

The opposite of a placebo — where an inert intervention has an adverse effect — is known as a nocebo. For instance, as the Stanford authors explain, “simply disclosing potential side effects of medications can increase their prevalence, even when providers emphasize that these side effects are occasional or uncommon.”

For the current study, the research team informed their 116 participants that they were taking part in a study looking at the relationship between DNA and diet.

Firstly, each participant went through an exercise test to rate their fitness. Then, the research team gave them a meal. After the meal, the scientists measured the levels of certain peptides to assess how hungry or full (satiated) the participants were.

They then investigated each participant’s genome for two particular genes: one which they associated with exercise capacity and one with obesity.

As expected, during the exercise and post-meal blood analysis, the researchers could see slight differences related to those particular gene variants. For instance, those with the protective version of the exercise gene performed slightly better in the exercise test.

The influence of imaginary genes

One week later, the participants returned for part two of the experiment. This time, the investigators gave them the genetic results.

After receiving information about what these genetic factors might mean for their bodies, the participants undertook the same exercise and post-meal analysis they did in their first visit.

As the scientists expected, the participants’ new knowledge of their genetic risk changed their physiology in a measurable way.

Individuals who understood they had a gene that protected them from obesity produced 2.5 times the amount of the fullness hormone after a meal.

As lead author Bradley Turnwald explains, the effect was physiological and psychological: “It was really a much stronger and faster physiological satiety signal, and this mapped on to how much more full participants said that they felt.”

Conversely, individuals who the researchers had told were prone to obesity showed virtually no physiological or psychological changes.

Individuals who the study authors had told carried the gene that would impair exercise performance, did poorly on the treadmill compared with how they had performed just 1 week earlier. Similarly, lung capacity was lower, and their bodies removed carbon dioxide less efficiently.

In other words, the participants performed significantly worse in a fitness test solely because the scientists had told them that they were genetically predisposed to perform worse.

However, individuals who understood that they had a gene variant that protected their ability to exercise performed similarly across the two experiments.

Most striking about these results is the strength of the effect. In some cases, the effect of the genes on an individual’s physiology was smaller than the impact of merely being told about the (nonexistent) genetic risk factor.

The researchers plan to continue their investigations; lead investigator Alia Crum explains their plans and the questions that they want to answer:

“How can you deliver genetic information in a way that has the beneficial effects in terms of motivating people to change their behavior but that doesn’t provoke a negative effect on physiology, emotions, and motivation? That’s where I think a lot of really good work can be done.”