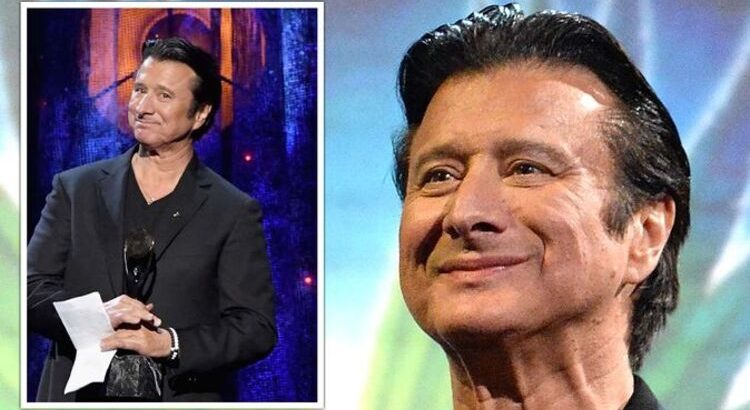 Steve Perry, 73, singer of the smash hit Don’t Stop Believin’, left Journey in 1987 after a really successful 10 years with the band before getting back with the band in 1995 for three years.

After leaving for the second time, this time for good, his vocals stayed healthy and he maintained his iconic voice–he told Billboard in 2011.

But physically, he had battled some health issues.

The star revealed he had hip surgery in 1998 to treat a “pretty substantial amount of arthritis that’s not comfortable”, he said.

He also said that he had other surgeries over the years.

But this wasn’t the only treatment he used; the star also admitted that he needed medication.

“I live on anti-inflammatories,” Perry said.

Despite leaving Journey and the health issues that followed, Steve couldn’t keep away from the music industry.

He made a surprise return to live music for a gig in 2014 with The three Eels and has since done backing music for bands such as LEVARA.

Although he never fully returned to the road after that, he has been open minded about the possibility of a comeback.

During the pandemic, in October 2020, he told Rolling Stones: “My heart bleeds daily to be in front of people and to sing for them.”

According to the National Institute for Health and Care Excellence, common NSAIDs inhibit the activity of an enzyme called cyclo-oxygenase.

This enzyme is responsible for the production of prostaglandins which are involved in creating an inflammatory response.

For people with arthritis, it is the inflammation which causes joint pain as the immune system attacks the lining of the joints.

Music can actually act as a form of pain relief for people with osteoarthritis, suggests a 2015 study in the Journal of Clinical Rheumatology.

It found that music, which activates your limbic system or “emotional” brain, was linked to improvements in stress, depression and pain.

There is even a strand of therapy called music therapy, developed by registered Health and Care Professions therapists that use music to support people affected by injury and pain using music.

Researchers at Florida Atlantic University College of Nursing found that classical music reduced pain levels in the study because they were distracted by music.

According to one study, playing Mozart and Strauss had the effect of lowering heart rate and blood pressure levels after a listening session.

Some studies show that rock music has the same effect on us.