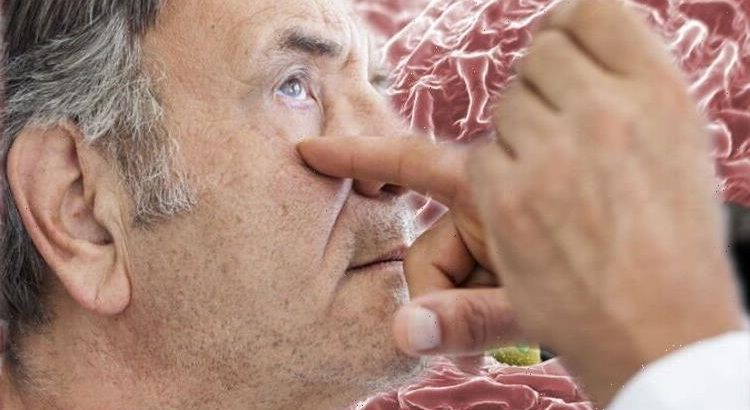 Data shows more than approximately 20 million new STI infections each year. A drop in STI rates at the beginning of the pandemic led researchers to believe stay-at-home orders were curbing infections. It later transpired that disruptions to routine checkups were likely to be the real cause. Now, experts have warned STIs could come roaring back after Covid restrictions were lifted. Four infections could significantly impact eyesight unless treated promptly.

The majority of STIs are curable, but misconceptions around their danger prevail.

Left untreated, some infections such as chlamydia and gonorrhoea can threaten female fertility, making it impossible for some women to get pregnant.

Other lesser-known complications associated with these infections, however, include blindness and limited eyesight.

READ MORE: Cancer: The common STI that could ‘double’ the risk of cancer – infects millions annually

“Some STDs can start asymptomatic which, if left untreated, can cause serious health-related problems that can also impact your eyesight, including infections and even blindness.”

Herpes is a highly prevalent STI with up 23 percent of the UK population believed to be carrying the virus.

An outbreak of herpes is usually able to clear itself without affecting the eyes, but in more severe cases could lead to scarring of the cornea.

This is also true for other bacterial STIs, such as chlamydia, which can cause trachoma – an infection that affects the eyes.

Though rare, gonorrhoea can occasionally affect the eyes too, causing discharge that appears yellow or green.

The STI, which used to be dubbed “the clap”, is caused by bacteria found in discharge from the penis and vaginal fluid.

“Symptoms usually take three to five days to appear, however, they can also occur as soon as one day or even up to one month after being infected”, explained the eye expert.

He continued: “Gonorrhoea of the eye is extremely rare in adults but if you think you may have it, it’s important to seek medical treatment as soon as possible so the right treatment plan is created for you.”

Despite an increase in the prevalence of syphilis in the UK in recent years, the infection remains relatively rare.

According to the Centres for Disease Prevention and Control, ocular syphilis may lead to decreased visual acuity, including permanent blindness.

How to prevent STIs

The best way to prevent all aforementioned infections is to minimise unprotected sexual contact.

“There are ways in which to reduce your risk of developing an STD,” explained Mr Roshi.

“Using condoms and oral sex barriers will help prevent your exposure to STD while getting tested regularly at your local health clinic will assist in catching them early if you do have an STD.”