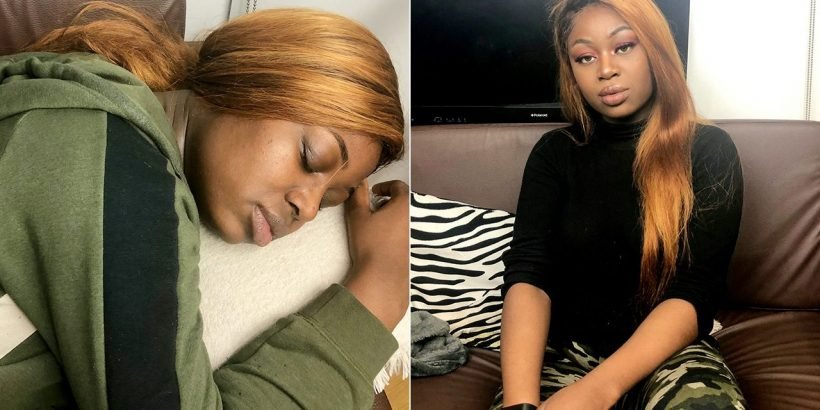 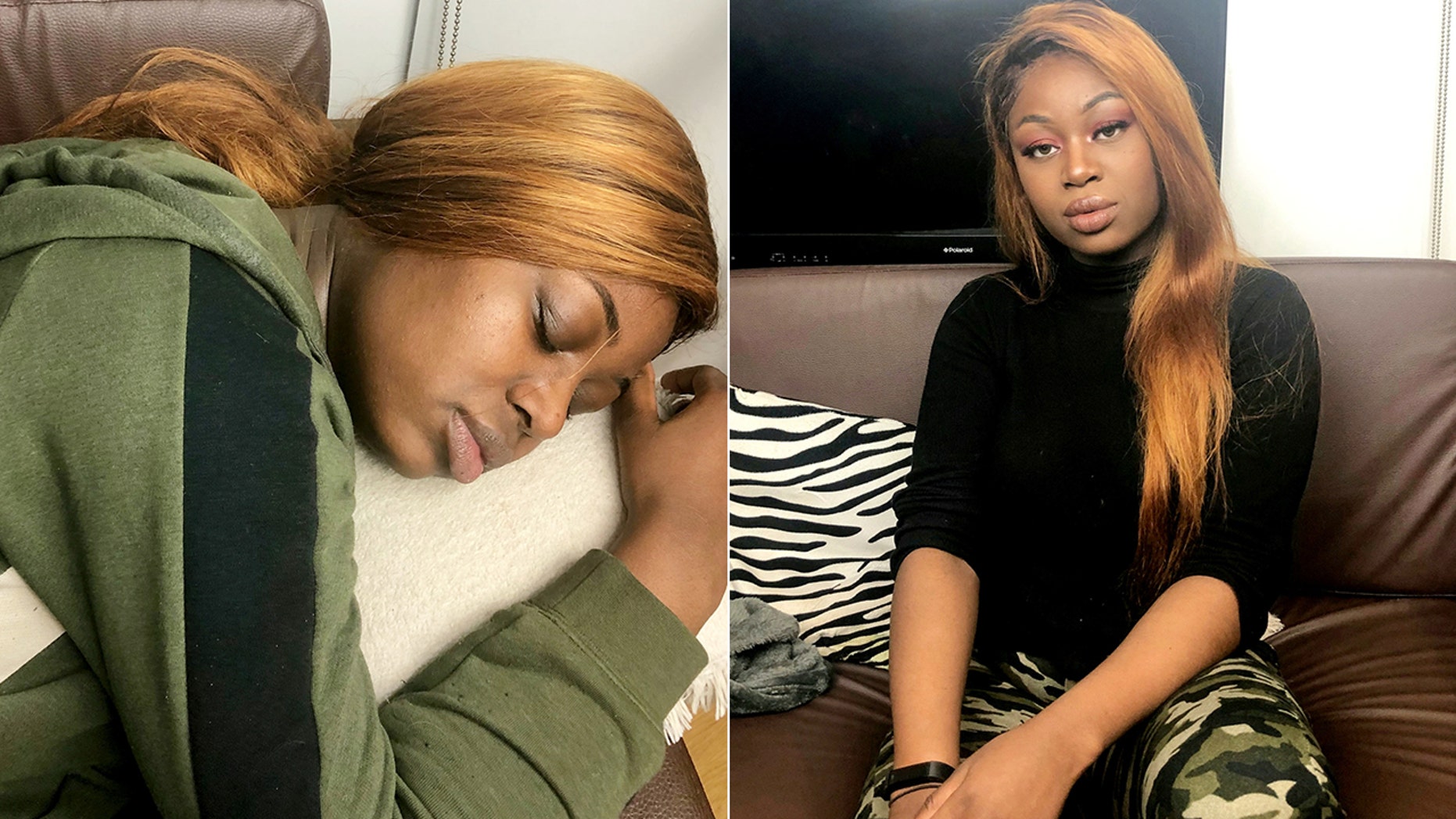 Rhoda Rodriguez-Diaz, 21, was allegedly diagnosed with “Sleeping Beauty syndrome” which can cause her to sleep for up 22 hours per day, only waking in a dream-like trance to eat junk food, drink and go to the bathroom.
(SWNS)

A college student said she suffers from a rare syndrome that causes her to sleep for weeks at a time, and has even napped through her exams. Rhoda Rodriguez-Diaz, 21, was allegedly diagnosed with “Sleeping Beauty syndrome” which can cause her to sleep for up 22 hours per day, only waking in a dream-like trance to eat junk food, drink and go to the bathroom.

At its worst, her sleeping episodes allegedly last three weeks, which caused her to fail the second year of college after she slept through crucial end-of-year exams.

As a child Rodriguez-Diaz was diagnosed with hyperinsomnia, characterized by extreme tiredness, by her general physician. But it wasn't until last September that doctors finally discovered the psychology student had the one-in-a-million Kleine-Levin syndrome.

She goes months at a time without experiencing an episode, but when they strike, she is totally wiped out.

"Life goes on whilst I'm sleeping,” Rodriguez-Diaz, of Leicester, England said. “Reality hits me when I wake up and realize I've missed like a week of my life. I feel a huge setback when it does happen. I miss out on so much. That's the hardest part of it.”

"It's hard to explain to people where I have been. Because it's so rare a lot of people struggle to understand,” she said. "It's really annoying when people call me lazy. I do struggle to deal with the effects of it.”

“But I'm determined to not let it have a big impact on my life,” she said. “It is one part of me and not who I am. It's frustrating because people think I'm just lazy. But I'm not, I can't help it."

Rodriguez-Diaz said that as a child, she was unable spend as much time with friends as she would have liked.

"When I was 4 or 5 would sleep for two or three weeks at a time and the doctors had no idea what it was,” she said. "It was quite bad when I was a child. But then it didn't happen again until I was a teenager. When I was 15 or 16 I remember finding myself sleeping more and more. Even at school I would fall asleep in the study area.”

"I forced myself to go to school. I didn't get teased but I found it very frustrating,” she said. "I was really into my sports but I couldn't do as much as I wanted to because I was constantly tired. I had to force myself to do every day activities and found myself mentally tired all of the time.”

"When I wake up after a few days I feel normal again,” she said. “My friends say they can tell when I have an episode coming on because my mood changes. I get worked up and my behavior changes drastically."

Between February and June last year, Rodriguez-Diaz went through a period of suffering from a number of episodes, which left her unable to spend enough time on her studies.

She said she was dismissed from her course in July last year when she failed to show for a number of exams and missed coursework deadlines because she was asleep.

After a visit to the doctor, in May last year, Rodriguez-Diaz was sent to see specialists at St. Thomas' Hospital and finally got her diagnosis in September.

"It's not as bad as it used to be but I feel like I'm always playing catch up,” she said. "I was sleeping a lot in my first year too but because it didn't have too much of an impact on my work I didn't go to the doctors. It was when I was missing work that I went to my GP. I tried to explain to uni that I had a condition that was stopping me from doing work.”

"But because I wasn't diagnosed until September I had nothing to back it up,” she said. "I didn't have enough credits to pass the year and I was dismissed."

Rodriguez-Diaz last experienced an episode around three months ago when she slept for over 60 hours in just three days. She said she typically snacks on junk food during nap breaks and often puts on weight during an episode.

She has now re-enrolled to resume her studies, and is sitting her second year again.

"I missed so many exams. 60 percent of my course is exams and I missed half of them,” she said. "It wasn't my fault. But they said this is an 'exceptional case' so I am allowed to go back. It's a big relief but I have to redo a lot of work I did in second year. It was difficult for me."

Patients diagnosed with Kleine-Levin Syndrome are known to grow out of the condition eventually, and Rodriguez-Diaz says has learnt to manage her condition in adult life.

"I'm more aware of it now. I know when I'm going to have an episode,” she said. "It used to feel like I was in a dream. It's such a surreal feeling. It feels like you're not really there. This is just a hiccup in my life and I am just waiting until it fades out. I want to be taken serious in life and this isn't helping."