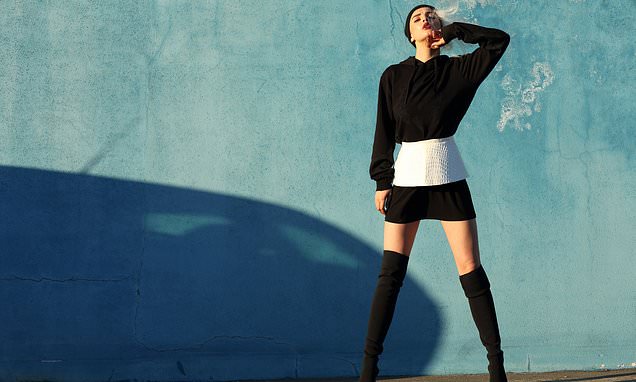 Tall, slim girls are more likely to develop endometriosis – a common condition that can cause infertility, study warns

Tall slim girls are more likely to develop a common condition that can cause infertility, a study shows.

Endometriosis, a condition that affects one in 10 women and makes it harder to become pregnant, was found to be more common in slender women of above average height.

Researchers suspect that the endometriosis is linked to higher levels of the sex hormone oestrogen, which increases height in girls, but also triggers a growth in tissues that lead to the condition. 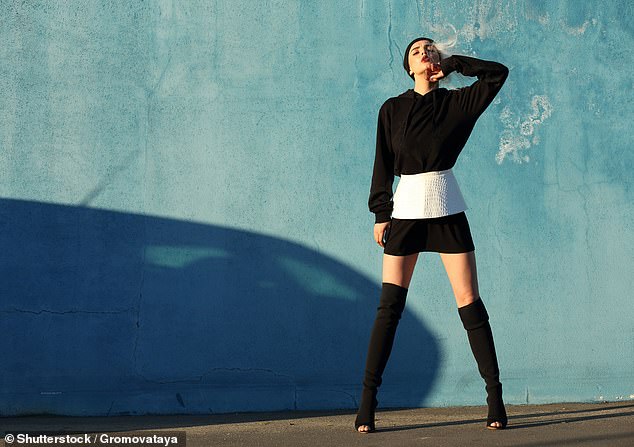 Endometriosis, a condition that affects one in 10 women and makes it harder to become pregnant, was found to be more common in slender women of above average height

Girls who had a higher body mass index – making them typically shorter and more likely to be overweight for their size – were found to be less likely to get the disease.

Dr Julie Aarestrup, from Denmark’s Center for Clinical Research and Prevention said: ‘A critical time window during which the disease develops is often missed, with women often experiencing diagnostic delays of several years.

‘Our findings suggest that indicators of risk can be picked up at an earlier age, which might help speed up diagnosis so treatment can be started to slow the growth of endometrial tissue.’

WHAT IS ENDOMETRIOSIS AND HOW IS IT DIAGNOSED?

Endometriosis occurs when cells in the lining of the womb are found elsewhere in the body.

Each month, these cells react in the same way as those in the womb; building up, breaking down and bleeding. Yet, the blood has no way to escape the body. This causes pain and scar tissue to build up.

Symptoms include pain, heavy periods and fatigue, as well as a higher risk of infertility, and bowel and bladder problems.

Its cause is unknown but may be genetic, related to problems with the immune system or exposure to chemicals.

The only definitive way to diagnose endometriosis is by a laparoscopy – an operation in which a camera – a laparoscope – is inserted into the pelvis via a small cut near the navel.

The surgeon uses the camera to see the pelvic organs and look for any signs of endometriosis.

Treatment focuses on pain relief and improving quality of life, which may include surgery or hormone treatment.

Endometriosis occurs when a tissue that is similar to that of the lining of the womb starts growing in other locations such as inside the ovaries.

Unlike the womb lining, which breaks down each month and is expelled, when the womb lining forms elsewhere it is unable to leave the body, and this can cause pain.

While cells in the womb build up, break down and then leave the body as a period, endometrial cells that build up and break down in other parts of the body have no way to escape. When the blood touches other organs, it can cause severe pain.

For the roughly 176 million women affected worldwide, the disease reduces quality of life and can cause infertility.

Evidence suggests it can also increase the risk of women developing other chronic diseases including heart disease and gynaecological cancers.

Despite this, little is known about the causes. The few established risk factors for endometriosis include menstruation starting at an early age, shorter cycles and a family history of the disease.

The results found that girls with a higher childhood body mass index had a lower risk of endometriosis, while taller girls were diagnosed with the disease more often.

The researchers think the findings are most likely due to be caused by biological mechanisms as they were consistent across the 66-year period.

High levels of oestrogen trigger growth in height during puberty and is also known to promote the growth of endometrial cells.

The authors suggest oestrogen could be behind the positive association between the disease and being tall.

The research was published in the Annals of Human Biology journal.