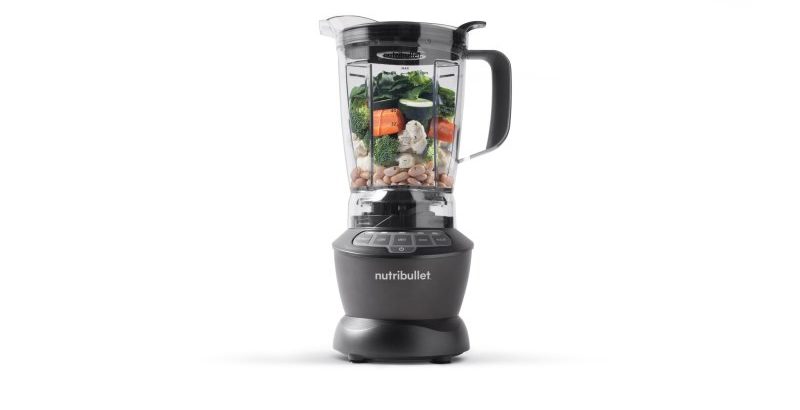 Need to up your intake of nutritious raw, whole fruits and vegetables? Who doesn’t. Easy to make and consume, smoothies are the simple answer. I tested two blenders primarily designed to create them: NutriBullet’s Blender Combo 1200, and Philips’ High-Speed Vacuum Blender, which sucks air out before blending to minimise oxidisation. NutriBullet’s name is built on convenient personal blenders that use robust containers as both blending and drinking vessel. This new combo product adds a traditional blender’s jug to the mix for larger volumes and versatility.

These powerful appliances thoroughly blend anything you would likely want in a smoothie, including tough ingredients such as ice, nuts and firm vegetables. I simultaneously tested identical recipes in these blenders to see if the Philips’ vacuum feature lived up to the marketing.

A smoothie of vegetables and coconut water was almost free of bubbles and foam with the Philips, and also richer in colour than the NutriBullet’s result. There wasn’t much apparent difference in taste, however. For a smoothie of fruit and almond “milk”, the Philips again almost eliminated froth and bubbles. The texture was distinctly less ‘‘gluggy’’ however, which probably contributed (perhaps only for psychological reasons) to it also tasting slightly better.

Both appliances make good smoothies fast, with dishwasher safe, BPA-free jugs and on-the-go lidded cups. The main difference is that the NutriBullet’s cups can also be used as blending vessels, which eliminates decanting and reduces cleaning, while the Philips delivers a slightly nicer smoothie by minimising oxidisation and bubbles.

This 1200-watt appliance includes a traditional 1.8-litre jug with built-in rotating blade, plus another blade component that twists onto three supplied cups: 500 and 900 millilitres, as well as a 700-millilitre handled option. The simple touch-pad control panel offers six functions: on/off, pulse, extract, which is essentially an automatic mode designed for typical smoothie ingredients, and three speeds. According to the manual, the latter handle such diverse processing needs as making dips and creaming soups.

The 1.8-litre jug is the only option when firing up this appliance’s 1400-watt motor; the two supplied 600-millilitre cups are only for decanting. A bracket on the base connects to the jug’s lid when the (optional) vacuum function is activated via the interface. This includes touch-pad buttons for automatic, pulse and ice-crushing modes, a manual speed-control dial, and plenty of LED back-lighting. There’s almost no information available about making anything other than smoothies with this blender.

How long do you need to put that room-temperature beverage in the fridge before it reaches optimal drinking temperature? Get the definitive, physics-based answer with the Chilled Drink Calculator, which allows users to select or customise factors such as the type of drink and container. It’s one of 970 (and counting) virtual calculators available at omnicalculator.com.