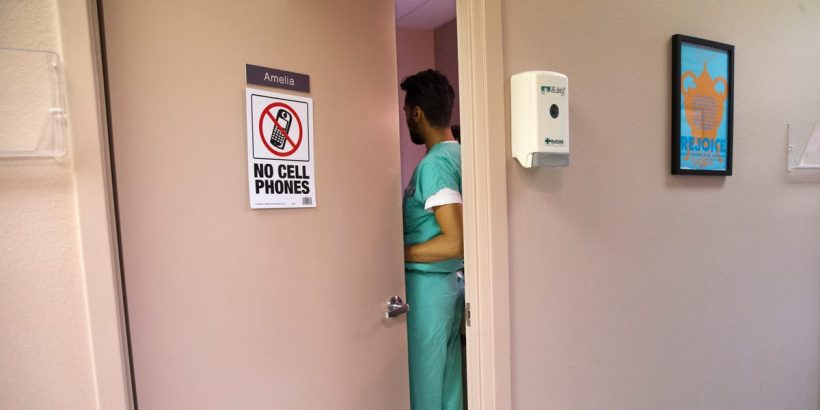 State officials across the US are urging medical professionals to cancel all nonessential medical procedures in order to redirect resources to treating coronavirus patients.

On March 21, Ohio's Attorney General Dave Yost deemed most abortions "nonessential" medical procedures and ordered all clinics in the state to stop performing abortions, according to the Washington Post. The only exception to the new state mandate is if the birth giver's life is in danger.

Texas followed suit on March 23 after Texas Attorney General Ken Paxton announced abortions should not be performed unless the birth giver's life is in danger, according to the Texas Tribune.

"No one is exempt from the governor's executive order on medically unnecessary surgeries and procedures, including abortion providers. Those who violate the governor's order will be met with the full force of the law," a statement shared with the Texas Tribune read.

Texas's ban on "nonessential" abortions will be lifted on April 21, but this date could change depending on the state of the coronavirus pandemic in the US.

In Ohio, Yost's halt on abortions has already been met with a backlash. Planned Parenthood Southwest Ohio Region released a statement pushing back on Yost's order.

Washington and Massachusetts have announced similar bans on nonessential medical procedures, but officials in those states have said abortion will not be included in their bans.