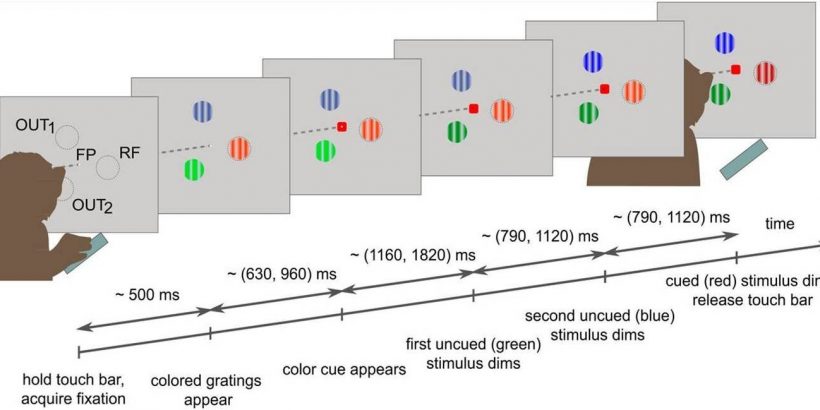 To effectively perform any daily task, the human brain needs to process information from the outside world using various cognitive functions. This cognitive processing passes through a dense interconnected network of cells whose physiology is specialized. The interconnected cell network needs to perform this processing of information efficiently and interact cooperatively to provide us, in real time, with useful instructions for living.

Research published on 23 March in the journal Proceedings of the National Academy of Sciences of the United States of America challenges recent scientific advances seeking to find out how cognitive control and sensory information relate to the cortical machinery consisting of specialized overlapping layers of cells.

A study by Demetrio Ferro, first author of the article and a researcher at the Center for Brain and Cognition (CBC) of the UPF Department of Information and Communication Technologies (DTIC), which he has carried out together with researchers from the Centre for Neuroscience and Cognitive Systems, the Italian Institute of Technology (IIT), the University of Trento (Italy) and Newcastle University (UK).

Previously, it has been argued that this operation of the cell network is not implemented in a step-by-step flow process, that would the conventional algorithmic calculation we generally apply to the tools of our technology of everyday use. There might be a need for another important instrument of cognitive control to enable selecting which objects of the visual world are important for processing, i.e., focal attention.

The most recent scientific evidence suggests that cognitive control over the variables in our environment may be implemented in a parallel processing flow associated with various rhythmic oscillations of neural signals used for integrating inbound details (color, shape, spatial orientation) of the sensory visual domain.

“Moreover, it is interesting to ask ourselves whether we can inspect the architecture of neural processing units by their structure, that is, by how they are physically implemented in the anatomy of the cerebral cortex,” Demetrio Ferro asserts.

And the researcher adds: “the circuits associated with these calculations show a layered structure made of laminar plates of overlapping specialized types of cell at cortical depth, each possibly specialized to perform certain functions.”

For this study, the researchers worked with primates and analyzed cortical electrophysiological signals at multiple depths recorded simultaneously in V1 and V4 brain areas. “Our analyses provided new knowledge about how information spreads along the dimension of depth within and between the two cortical areas V1 and V4,” they assert in their study.

The authors reveal that “we have had the opportunity to investigate for the first time how this signal propagation circuit is modulated by attention, that is, to identify what depths interact with more or less force when we have more or less attention involvement.”