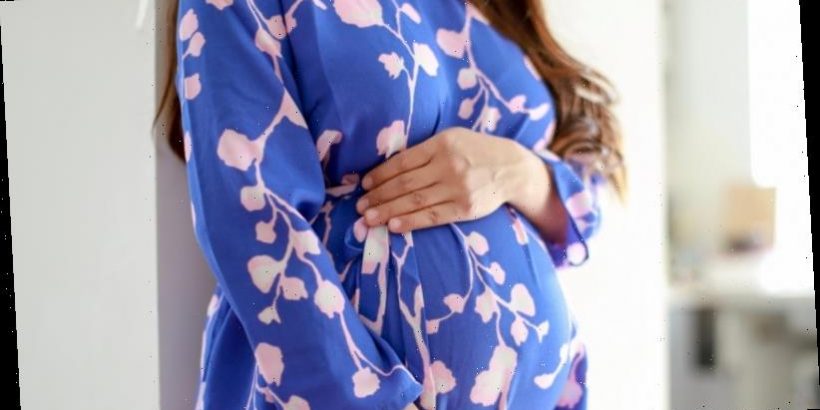 When do women start becoming invisible? Because I’m ready now. Me and my twice C-sectioned tummy would welcome a lot less attention.

Less attention of this kind on my way to the buffet: “Pregnant ladies first. I wouldn’t want to knock you over.” Or on picking my daughter up from childcare: “Are you expecting?" (a delightfully quaint turn of phrase). “It’s just that we’ve all been wondering.”

At childbirth plus 14 months, the situation is a little dire. 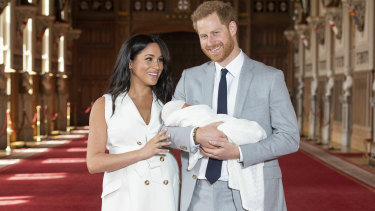 The Duchess of Sussex wasn’t afraid to look like a woman who had just given birth after she had her baby.Credit:Pool

Most people, despite the tabloids and instas, expect a Meghan rather than a Kate bounce back to pre-duffed-up form; slow but steady rather than “Pop! What baby?!” But I am now officially dragging the chain. (Not that there's anything wrong with that.)

I’ve been dealing with this kind of attention since my son Liam was six weeks old. I remember the bank salesman, encountering me barefoot and bottle-feeding in the kitchen, congratulating us on our “next one on the way”. (Admittedly I looked like I was carrying a rockmelon.)

I’ve been offered seats on trams and trains, asked when I’m due by friendly if forward saleswomen, and confused with someone I know who is actually pregnant.

Blame the lack of exercise due to the kindest cut(s) and the busyness of caring for two kids under two, or a pregnancy diet that bordered on a recipe for gestational diabetes.

The misleading pouch-like profile, which I believe from Facebook pop-up ads is called a hormonal tummy profile, is enough to make me want to approach my cousin, the printer, and order a shirt emblazoned with the words: “I’m not pregnant, just fat”; or as my brother-in-law once wore: "I beat anorexia."

Usually I just smile agreeably and respond apologetically – as if it were my fault for raising the question: oh no, it’s just left over from the last one. Sometimes I make explanations: I wasn’t able to breastfeed; I’m going to join a gym soon.

Sometimes I let it slide with a smile and a nod (the buffet), or a light pat of my belly (the train – I took the seat), or even a “couple of months” (one of the saleswomen, who cooed – thank heavens I was gone before she asked the gender).

It’s hard to guess how pregnant I look; it depends on when I last ate. But I could probably be having a lot more fun. When is it due? July. What are you having? Triplets!

In any case, at the ripe middle age of 45, I’m looking on the bright side. If I appear young enough to be pregnant, I’m probably not doing too bad.

Rita Glennon is a Herald journalist.