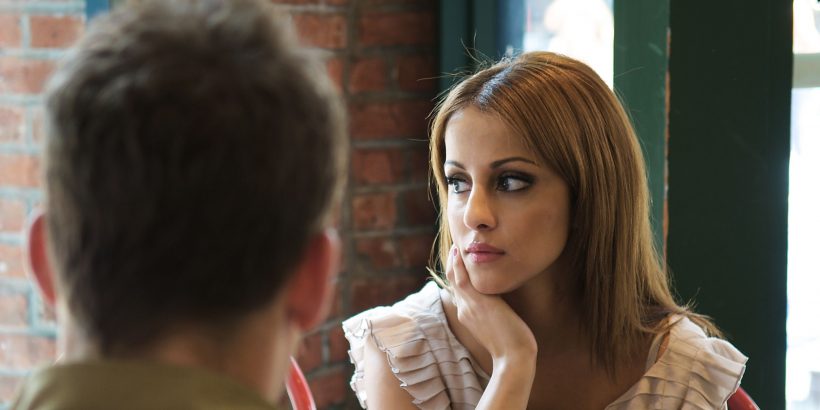 I remember the first time I saw a man really be vulnerable. I was married at the time. My father-in-law was driving me and my then wife, his daughter, to the airport. She had been telling a story in the truck about how difficult high school had been. After hearing the story, my father-in-law started to cry. He had no idea she had been bullied. He thought she had had a great high school experience. I remember seeing the tears stream down his face, the hurt and empathy in his eyes.

But more importantly, he saw how that made my wife at the time feel. Because he wasn’t always like that. He had raised her with an iron fist and kept his emotions buried. It wasn’t until he went through his own divorce that he started to really show himself and express his feelings. I remember watching this like a scene out of a father/daughter movie and thinking, Wow, he’s not afraid to show himself, not only to his daughter, but also to me. Just hours before, he and I had been lifting weights and talking about motorcycles.

There’s something about the word “vulnerability” that repels men. And yet most of us can admit that vulnerability is a good thing, that it often leads to success, that it can give you strength. But there’s a difference between watching and agreeing with the science-backed power of vulnerability on a TED talk and actually practicing it in real life. We keep vulnerability at arm’s length. We nod our heads. We agree. But we don’t execute. We don’t deploy. We hide.

“Vulnerable” is defined as “capable of or susceptible to being wounded or hurt.” And that’s exactly how most men see it. Which is why we hold up our shield. We don’t show ourselves through vulnerability and instead try to show ourselves in other ways: by fixing things, by paying our bills on time, by being the loudest one in the room. This conditioning runs deep. It’s been passed down from our fathers and grandfathers who demonstrated that feelings are meant to be kept inside, and from locker rooms and fraternity houses where we were taught to “man the fuck up.”

As we enter adulthood, there is only more and more reason to hide our true selves. We get hurt. Our hearts harden. Talking about feelings is something women do. We’re men.

But vulnerability isn’t just about talking about your feelings. It’s about showing your true self. For many of us, we don’t show ourselves until we have to. Until there’s something at stake. Until we lose something—a relationship, a marriage, a friendship, a business, and eventually ourselves. We get to a place where we have nowhere else to go. But until then, we bottle things up. And we cope by letting that shit come out in unhealthy ways. We develop and then feed addictions, become workaholics; we may even cheat, lie, get aggressive, or let ourselves be doormats.

Practicing vulnerability isn’t about doing something for others. You’re not doing someone a favor. You’re not giving in. You’re creating soil, rich soil, for you and your growth. You’re raising your potential. You’re positioning yourself. You’re building a better, stronger you. Everything starts with your truth. Nothing can be built without it.

In doing thousands of sessions with couples for the last decade, I’ve found the biggest complaint from women is that their partner is not vulnerable, not communicating, not showing himself and expressing his feelings. I want you to think about this. If I talked to your girlfriend/wife/partner/female colleague/lady friend, would she have the same thing to say about you? Be honest with yourself.

Everything starts with your truth. Nothing can be built without it.

Not showing vulnerability, not being transparent with the people in your life, creates a disconnect. You’re leaving the other person in the dark. You’re doing life around your partner instead of with your partner. He or she feels alone. You’re taking a crowbar to your relationship instead of producing glue, and you won’t be able to build anything healthy and sustaining.

So ask yourself, Am I being vulnerable? Am I showing myself? Not just with your partner. In all your relationships. With friends. Coworkers. Employees. Your boss. Your children. Parents. Family. If not, why? Are you still holding on to old definitions of what a man looks like? If so, maybe it’s time to change your definitions. Because here’s the truth: If you don’t practice vulnerability, you will never reach your full potential as a father, brother, boyfriend, husband, friend, son, teacher, leader, entrepreneur, and human.

From I USED TO BE A MISERABLE F*CK: An Everyman’s Guide to a Meaningful Life. Copyright © 2019 by John Kim. Reprinted with permission from HarperOne, a division of HarperCollinsPublishers.