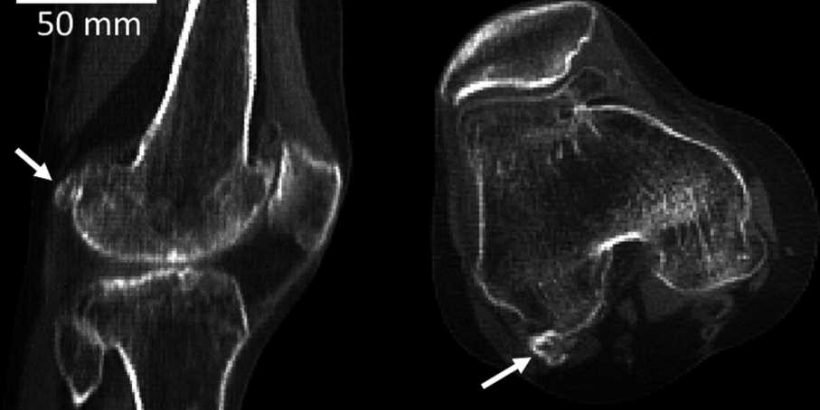 A tiny bone hidden in the tendon of the knee started to disappear over the course of human evolution … or so scientists thought.

Now, a new study finds that this so-called fabella (Latin for "little bean") is making a comeback. The bone, which is a sesamoid bone, or one that's embedded in tendons, is three times more common in humans now than it was a century ago, scientists reported Wednesday (April 17) in the Journal of Anatomy.

A group of Imperial College London researchers reviewed records — such as results from X-rays, MRI scanning and dissections — from over 27 countries and over 21,000 knees. They combined their data to create a statistical model estimating the prevalence of this elusive bone across time.

The bone has been previously linked to arthritis or joint inflammation, pain and other knee problems, according to a statement from the Imperial College London. Indeed, people with osteoarthritis of the knee are twice as likely to have this bone than in people without, they wrote.

Long ago, the fabella served a purpose similar to that of a knee cap for Old World monkeys, according to the statement. "As we evolved into great apes and humans, we appear to have lost the need for the fabella," lead author Michael Berthaume, an anthroengineer at the Imperial College London, said in the statement. "Now, it just causes us problems — but the interesting question is why it's making such a comeback."

Sesamoid bones like the fabella are known to grow in response to mechanical forces, according to the statement. Because humans are now more nourished than their ancestors were, making them taller and heavier, the body puts more pressure on the knee, Berthaume said. "This could explain why fabellae are more common now than they once were."