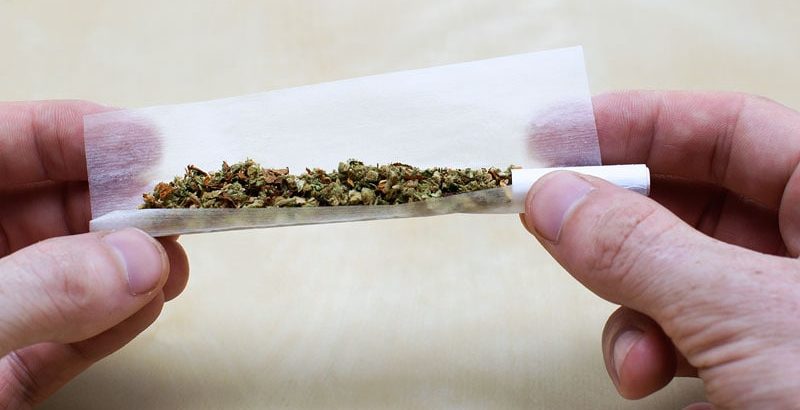 At the center of the emerging science on the unintended consequences of daily long-term use of marijuana lies a paradox.

For years, medical marijuana has been used to ease nausea from cancer chemotherapy and GI conditions. Now, with greater legalization comes growing awareness that chronic use of marijuana — also known as cannabis — can trigger a condition where, ironically, a person has hard-to-control vomiting and nausea.

Linda can relate. The 33-year-old Oregon resident, who asked to remain anonymous to protect her privacy, refers to a medieval spiky metal ball on a chain when describing the pain.

“Picture a mace inside your stomach, pushing up inside your chest and, at the same time, exploding out,” she says.

To seek relief, she gets down on her knees, adopts a child’s yoga pose, and runs hot water in the bathroom for hours on end, a trick many with the disorder says has provided relief. She also occasionally goes outside and tries walking it off.

Have y’all ever heard of Cannabinoid Hyperemesis Syndrome (CHS)? If not, look it up. — madyson (@MotherMadyyy) February 9, 2022

“I would just wander around my neighborhood, a lot of times at like 4 or 5 in the morning,” she says.

Her first experience with the disorder began in the middle of one night in 2017 while she was at a conference in Las Vegas.

“We went out to eat the night before, and I woke up about 4 in the morning with just the most intense pain I’ve ever had,” she says.

“I found myself in a really hot shower in between throwing up everything and trying to say get some water down,” she says. “I was sharing an Airbnb with my colleagues, so it was less than ideal.”

Many people with cannabinoid hyperemesis syndrome find relief from hot baths or showers. Researchers believe that hot water helps because temperature sensors in the skin send signals to the brain that can help ease the symptoms, at least for a while.

The problem is that people with this syndrome “can’t live in the water,” says emergency doctor and medical cannabis expert Leigh Vinocur, MD.

Fast-forward 6 months to another event in Boulder, CO. Again, Linda woke up and could not stop vomiting.

“I was not feeling any better. Showering wasn’t helping. I ended up in the hospital,” she says.

She received opioids for her pain. But neither she nor the emergency room staff were quite sure what was happening. Her discharge paperwork read “cannabis allergy.”

Cannabinoid hyperemesis syndrome “shatters that image of cannabis only being a good thing. It’s a bold statement, but, you know, once you start to think about it, it’s like a little too much of anything isn’t good,” Linda says.

Experts suggest greater awareness is needed to identify this syndrome earlier, by both cannabinoid users and doctors. The bouts of vomiting, in particular, can get so severe that people can end up hospitalized with dehydration, electrolyte disorders, and weight loss.

The severe electrolyte imbalances “can really be life-threatening,” says David Johnson, MD, a professor of medicine and chief of gastroenterology at Eastern Virginia Medical School in Norfolk.

“By the time they come into emergency care, they’re in bad shape,” Vinocur agrees. “Many try to ignore it, but they continue to vomit.”

One mystery is why some regular marijuana users get this syndrome while others do not.

“I can say that not everybody gets this, thank goodness,” says Ethan Russo, MD. “But there has to be a reason that certain people are susceptible and others are not.”

Interestingly, a new study from Russo and colleagues suggests that genes play a role. They identified five genetic changes that could make a chronic marijuana user more likely to have cannabinoid hyperemesis syndrome in a study published July 2021 in the journal Cannabis and Cannabinoid Research.

They compared 28 people with the disorder to 12 other high-frequency marijuana users without these symptoms.

The results are not final but could help guide future research, Russo says.

“What we’ve discovered — and it was far more than we expected — is that there’s a lot more to this than a hypersensitivity to cannabis,” says Russo, a neurologist and founder/CEO of CReDO Science, a firm that promotes cannabis research and develops commercial products.

Also, he says, those affected by cannabinoid hyperemesis syndrome could be at higher risk for other conditions, such as addiction to alcohol or other substances, dementia, diabetes, and heart disease.

“Most people with CHS are going to be younger,” he says. “What we’ve demonstrated is there is a risk for more serious problems for decades to come. So someone who has these symptoms really deserves a look at this genetic screening.”

Getting back to the paradox, many users don’t believe marijuana can trigger serious vomiting and nausea because of its reputation for doing the opposite.

“Folks that have this are just uniquely resistant to the concept that cannabis is actually the problem and not the solution,” Russo says.

“It’s kind of counterintuitive because people think, ‘Oh, cannabis helps with nausea,’ so they use more of it,” says Vinocur, who is also a spokesperson for the American College of Emergency Physicians and runs a medical cannabis practice.

Most kinds of marijuana act in this way — doing opposite things at different doses. Once a certain threshold is passed, people with cannabinoid hyperemesis syndrome are “just uniquely susceptible and really can’t tolerate any significant amount of THC,” Russo says, referring to tetrahydrocannabinol, the substance that gets marijuana users high.

“This type of scenario happens quite frequently w/ abdominal pain & vomiting. But patients often haven’t disclosed marijuana use. We try to diagnose something else and treat pain/nausea, often do a CT and they don’t improve. Only then do I suggest cannabinoid hyperemesis syndrome.” ― Emily Porter, MD (@dremilyportermd) February 6, 2022

Once diagnosed, quitting is the most effective strategy. But it can be tough to persuade someone to stop using marijuana.

“You do have to try and convince them … to try abstinence and to watch and see what happens,” Vinocur says.

People should “realize the root cause of this is its cannabinoid ingestion, and the treatment is really best directed at absolute avoidance,” Johnson says.

Unfortunately, evidence also shows that once a person stops using marijuana and gets relief, going back to marijuana or other forms of cannabinoids can cause the syndrome to start all over again.

“We’ve had people that quit for a month, a year, 2 years and upon resumption, almost invariably, they’re back into bouts of the hyperemesis along with all the other [symptoms],” Russo says.

Marijuana and cannabinoids can cause digestive problems, Johnson says, which may cause more problems.

So far, the strongest evidence suggests a role for an over-the-counter cream called capsaicin to help manage symptoms, but more studies are needed.

Similar to hot showers, this ingredient from chili peppers can warm the skin and trigger the temperature-sensitive skin sensors to lessen the symptoms, Johnson says.

“Just watched another episode of #IMPAULSIVE & I’m happy how @LoganPaul spoke out about how Marijuana is a “very powerful drug.” Edibles ruined my life when I got CHS (cannabinoid hyperemesis syndrome) for the 4th time & almost died from dehydration from cyclical vomiting.” — Lil Goten (@lilgotenblicky) February 3, 2022

An October 2021 study in Spain looked at 54 emergency department visits among 29 people with cannabinoid hyperemesis syndrome. For the 75% treated with capsaicin, vomiting stopped after an average of 18 minutes.

Lead author Guillermo Burillo-Putze, MD, PhD, says he is most surprised by the growing number of new cases of the disorder.

“This should be of concern given the increase in cannabis use due to its legalization and permissiveness,” says Burillo-Putze, an emergency doctor at Hospital Universitario de Canarias in Spain.

Cannabinoid hyperemesis syndrome appears not to discriminate across racial and ethic groups. Although most studies to date include white participants, a July 2021 study of 29 people, 90% of whom were Black, found repeat visits to the emergency room were common.

The study found that 16 people returned 42 times to the emergency room and accounted for 10 hospital admissions, for example.

“Unfortunately, this condition has become the subject of great speculation hinging on conspiracy theories as its true cause,” Russo notes in a September 2021 letter to the editor in TheAmerican Journal of Emergency Medicine.

Some “myth busting” is in order, he says.

For example, cannabinoid hyperemesis syndrome does not happen because of exposure to products from a tree called neem or from pesticides applied to marijuana plants during cultivation, Russo says. It can also occur with high-dose synthetic cannabinoids, he says.

The State of Recreational and Medical Marijuana

One of the states where only medicinal use is legal is Maryland, which is where Vinocur practices.

“We are seeing increasing numbers of cases” of cannabinoid hyperemesis syndrome, she says.

In addition to chronic use or higher doses, it’s likely that the higher potency levels of THC in the legal marijuana industry trigger the syndrome in some people as well.

Linda estimates she ended up in emergency rooms at least a half-dozen times in the last 5 years. In April 2021, she had a “pretty serious event.” She blames it on traveling a lot for work, not eating right, and not getting enough sleep. She broke her 2-year abstinence with alcohol.

“I basically didn’t listen to my body and paid a pretty significant price for it,” she says.

Linda did not stop altogether but says she “drastically changed the types and form of the cannabis I was using.”

“I can tell you on the record that I would be a hundred percent dead without this plant,” she says.

“The prospect of living without it was more detrimental to me than all of those things I just described to you, because addiction runs in my family and I had opiate problems myself that I overcame with cannabis.”