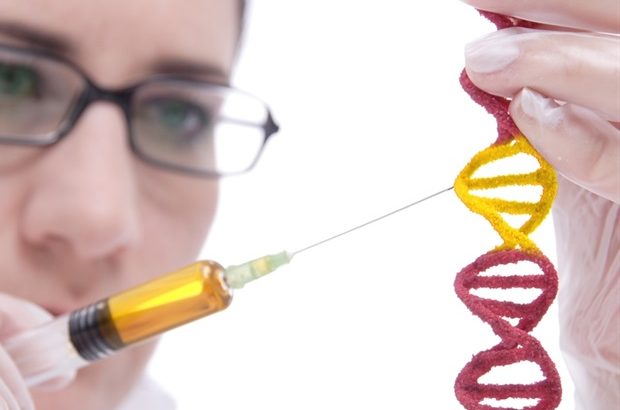 While the word "mutation" may conjure up alarming notions, a mutation in brain immune cells serves a positive role in protecting people against Alzheimer's disease. Now University of California, Irvine biologists have discovered the mechanisms behind this crucial process. Their paper appears in the journal Alzheimer's and Dementia.

The investigation centered on a variant of the PLCG2 gene, which makes the instructions for producing an enzyme important to brain immune cells called microglia. "Recently the mutation, which is known as P522R, was shown to lower the risk of developing late-onset Alzheimer's," said Hayk Davtyan, Ph.D., senior researcher in the laboratory of Mathew Blurton-Jones, professor of neurobiology & behavior, where the study was conducted. The project was led by assistant project scientist Christel Claes, Ph.D., the paper's first author.

The scientists used CRISPR gene-editing technology to generate the protective mutation in human stem cells and then implanted microglia derived from those stem cells into humanized rodent models of Alzheimer's disease.

Our research showed for the first time that the P522R variant increased expression levels of several microglial genes that are reduced in people with Alzheimer's. This provides some of the first evidence to explain how this protective mutation might reduce Alzheimer's risk."

The variant also increased the number of T-cells, or white blood immune system cells, in the brain suggesting that it may increase the activation of other important aspects of immune function.

The results will help in designing further studies to understand exactly how microglia and T-cells interact to slow Alzheimer's progression.

"Beyond that, the next step could be to identify drugs that can safely increase the activity of the PLCG2 enzyme and further promote protective microglial functions," he said.

First author Christel Claes wonders whether a TREM2 stimulating antibody, like the one currently in a Phase 2 clinical study from Alector (AL002), could exert similar protection in AD patients as the P522R variant.

"It is well known that the PLCG2 P522R mutation increases TREM2 downstream signaling, an AD risk variant, thus it will be very interesting to study the effect of TREM2 stimulating antibodies on microglia-T cell crosstalk. Studies like ours pave the way to find new strategies to treat or prevent this disease that is taking such a toll on humanity, this is what drives us as neuroscientists." said Davtyan.