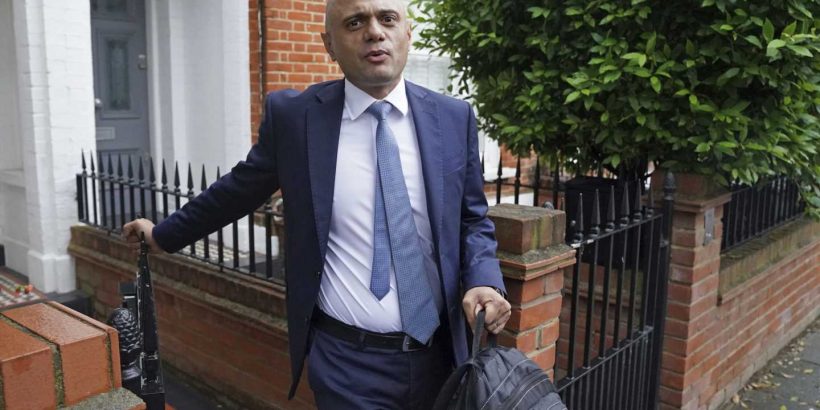 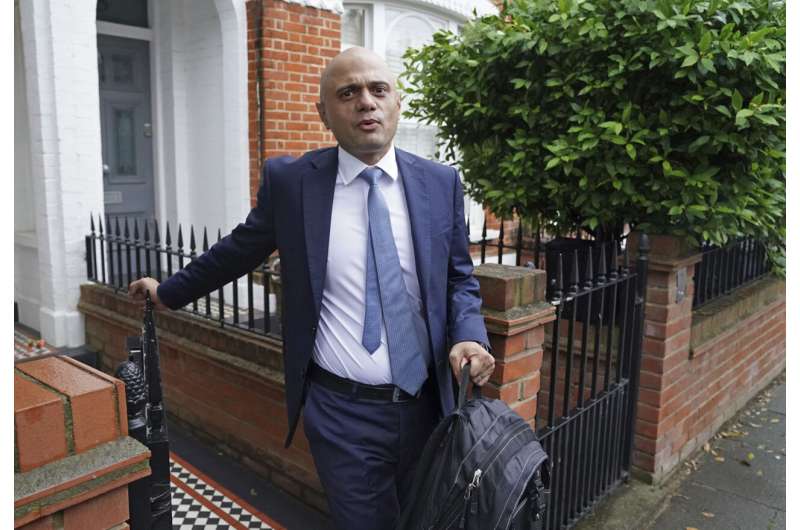 Britain’s new health secretary said Monday he is confident that England is on track to remove the country’s remaining coronavirus restrictions on July 19, stressing that the rapid vaccination rollout is “breaking the link” between soaring infection numbers and serious illnesses and deaths.

Sajid Javid told Parliament that all the figures he’s seen suggested that the country is “heading in the right direction,” and said that “the restrictions on our freedoms must come to an end.”

His confident tone came despite widespread concerns about a third surge in infections in the U.K. driven by the spread of the more contagious delta variant. Government figures on Monday showed another big spike in infections, with 22,868 confirmed cases.

That’s the highest daily figure since late January, though the number was likely inflated by the fact that the previous day’s figure of 14,876 was artificially low because of incomplete data for England.

“No date we choose comes with zero risk for COVID—we know we cannot simply eliminate it, we have to learn to live with it,” Javid said. “People and businesses need certainty, so we want every step to be irreversible.”

Javid was named health secretary Saturday after his predecessor, Matt Hancock, stepped down following revelations that he was having an affair with an old friend he had hired as an adviser to the Department of Health and Social Care. Hancock was forced to step down amid outrage that he had broken social distancing rules by kissing his adviser in his office. 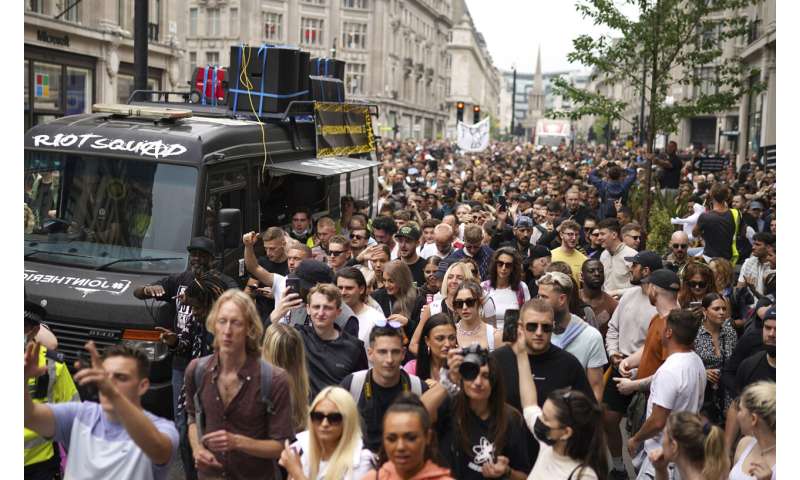 Critics saw Hancock’s exit as the latest example of cronyism and hypocrisy at the heart of Prime Minister Boris Johnson’s Conservative government, which has been accused multiple times of not practising what it preaches throughout the pandemic.

Though the number of people in hospitals and dying have been edging up over the past couple of weeks, they haven’t risen at the same rate as infections. A large proportion of infections were reported among younger people.

On Monday, another three virus-related deaths were reported, taking the U.K.’s total to 128,103. Throughout the pandemic, death figures on Monday have traditionally been lower because of weekend reporting lags.

Still, many virus experts and National Health Service officials urged the government not to speed up the timetable, saying they need time to vaccinate as many people as possible amid the rapid spread of the highly infectious delta variant, first discovered in India. 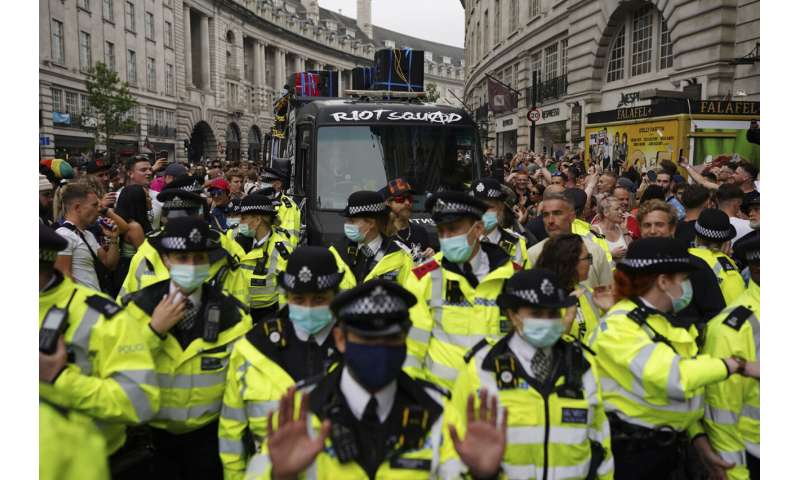 “It’s so important that we get the vaccination rates as high as we can before there’s any consideration of easing the current restrictions, which are not really holding the outbreak,” Peter Openshaw, a professor of experimental medicine at Imperial College London, told Sky News.

The speed of the U.K.’s vaccination rollout has been widely praised. As of Monday, around two-thirds of the British population had received one dose of vaccine, while nearly 50% has had two.

Johnson disappointed some members of his Conservative Party earlier this month when he extended the COVID-19 restrictions until July 19, saying it was “sensible” to provide more time for people to be vaccinated.

The Hancock scandal fueled anger over the continued restrictions after the Sun published photos of the health secretary kissing his adviser, Gina Coladangelo, on May 6. At the time, people were barred from meeting indoors with people from outside their household, except when it was necessary for work, and were supposed to stay apart. 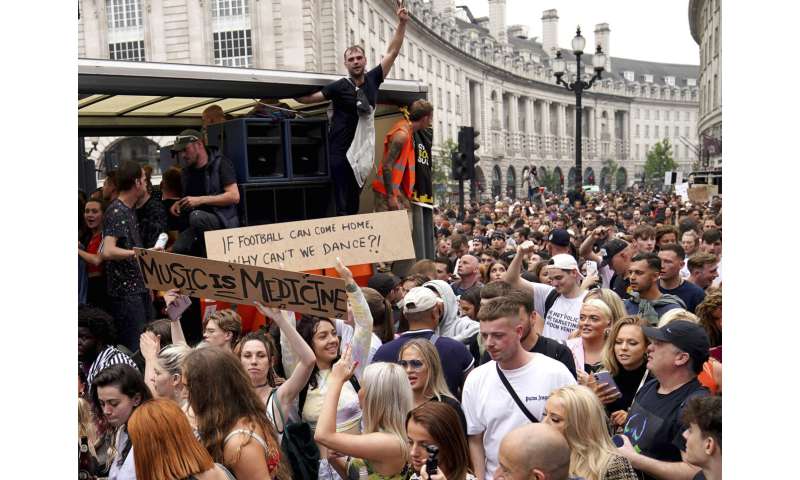 Coladangelo, a friend of Hancock’s since university days, was appointed to the Health Department’s board of directors in September, a role that pays 15,000 pounds ($20,800) a year.

As the chief enforcer of the government’s coronavirus measures, Hancock’s position became untenable when he was seen to have violated the rules.

“Those of us who make these rules have got to stick by them, and that’s why I’ve got to resign,” Hancock said in a video posted on Twitter.

Public trust in Johnson’s government has also been eroded after allegations that officials handed contracts for personal protective equipment and other supplies to friends and party donors during the early days of the pandemic.

In November, Johnson said he had “full confidence” in Home Secretary Priti Patel, even after his own ethics adviser found that she had violated the rules governing ministerial conduct. 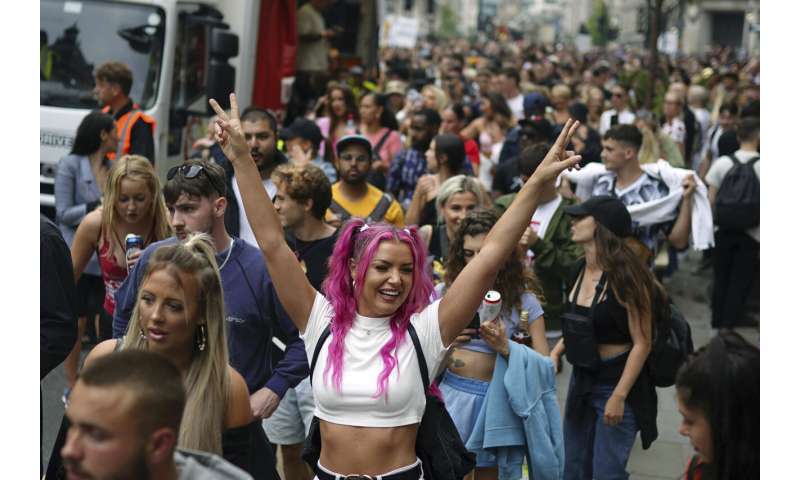 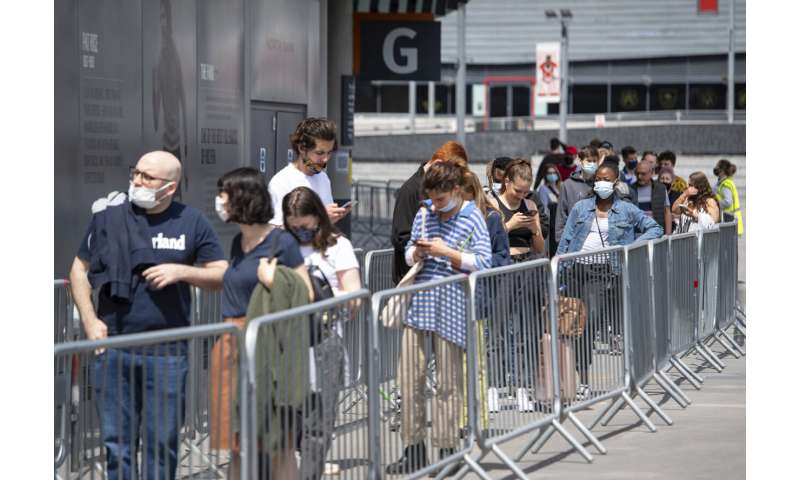 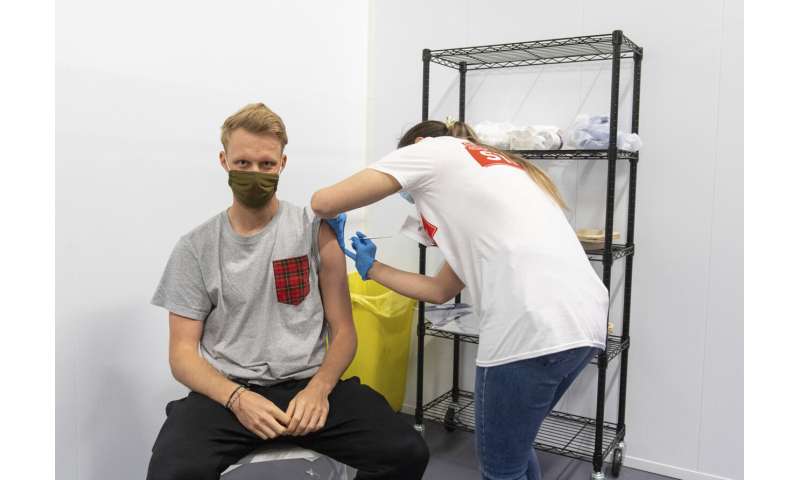 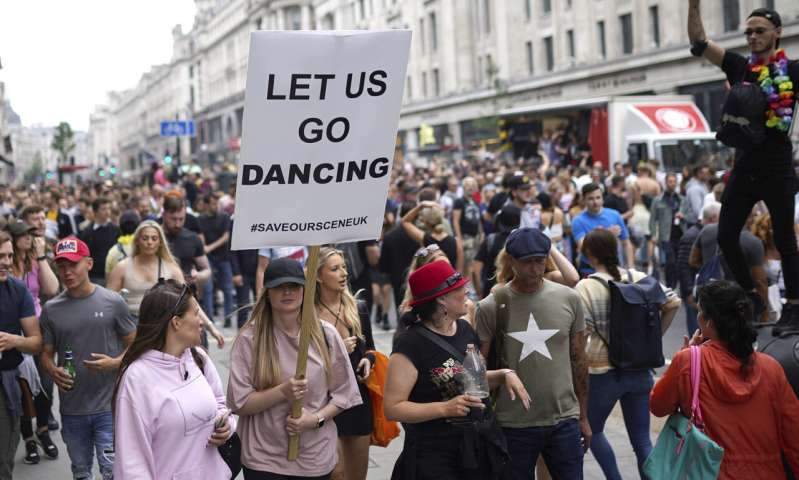 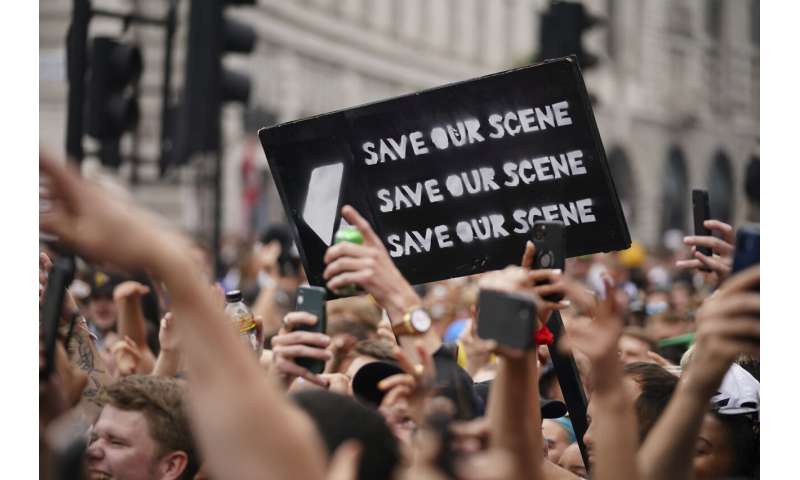 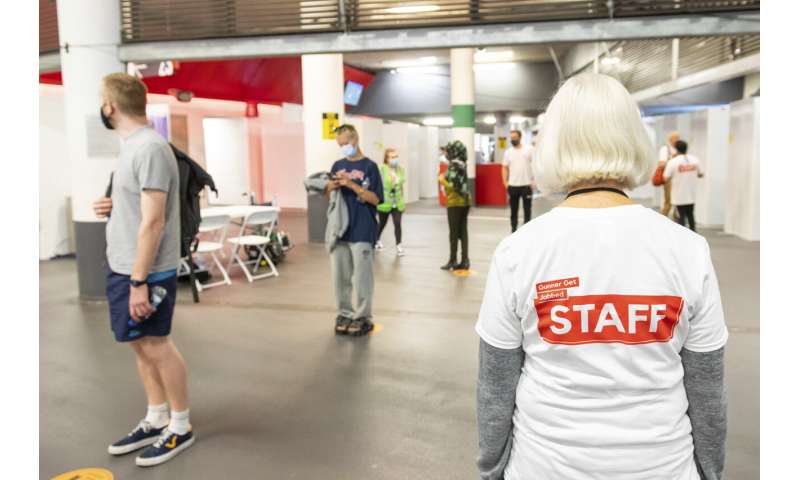 Johnson was caught up in his own ethics scandal in April, when newspapers reported that he had failed to disclose that wealthy supporters had donated 58,000 pounds to cover the cost of redecorating his official residence. An ethics adviser cleared Johnson of breaking the law, but said he should have been “more rigorous” in finding out who was funding the project.

Ian Murray of the Labour Party said Hancock’s affair was just “the tip of the iceberg.”

“There are huge problems in this government in terms of its secrecy and in terms of the way operates,” Murray told the BBC.

Justice Secretary Robert Buckland defended Johnson’s handling of the Hancock situation and said “due process” had been followed in Coladangelo’s appointment as an adviser.