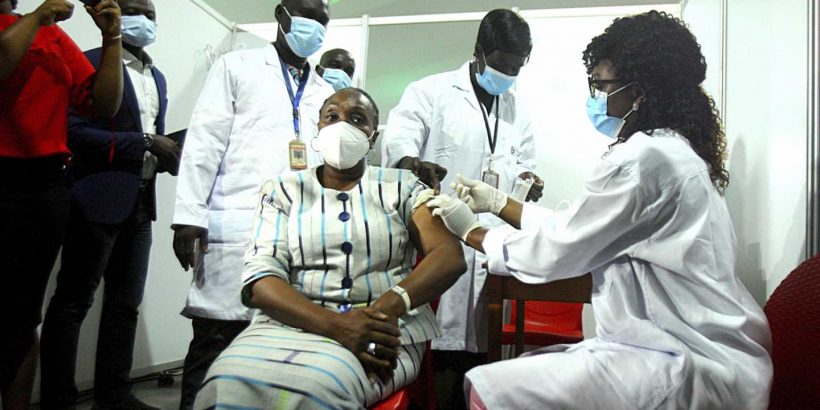 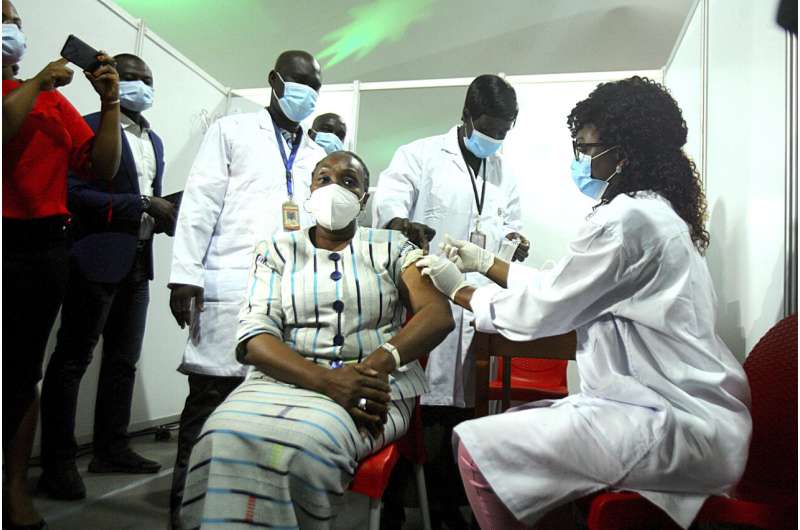 British Foreign Secretary Dominic Raab said Monday that he understood the “conundrum” faced by developing countries as they wait for vital supplies of coronavirus vaccine.

But Raab urged poorer nations to wait for the “gold standard” vaccines delivered by a U.N.-backed program rather than opt for shots from China and Russia.

The COVAX initiative, formed to ensure fair access to vaccines by low- and middle-income countries, has been hampered by the severely limited global supply of doses and logistical problems.

Speaking on the day that the first COVAX-supplied vaccine shots were given to people in Ivory Coast, Raab said “we understand the conundrum that they feel.” However, he said countries should consider advice from scientists and the World Health Organization about which vaccines are safest.

Raab said COVAX “is the gold standard of international support for the most vulnerable countries around the world. And I think they ought to be ambitious to have their people vaccinated according to that gold standard.”

Although it aims to deliver at least 2 billion shots this year, COVAX currently has legally binding agreements only for several hundred million doses, and far fewer than that have been delivered. So far, around 500,000 doses have been delivered to Ivory Coast and 600,000 to Ghana.

The chief of the World Health Organization said Monday it was “regrettable” that younger and healthier adults in some rich countries are being vaccinated against the coronavirus ahead of at-risk health workers in developing countries. 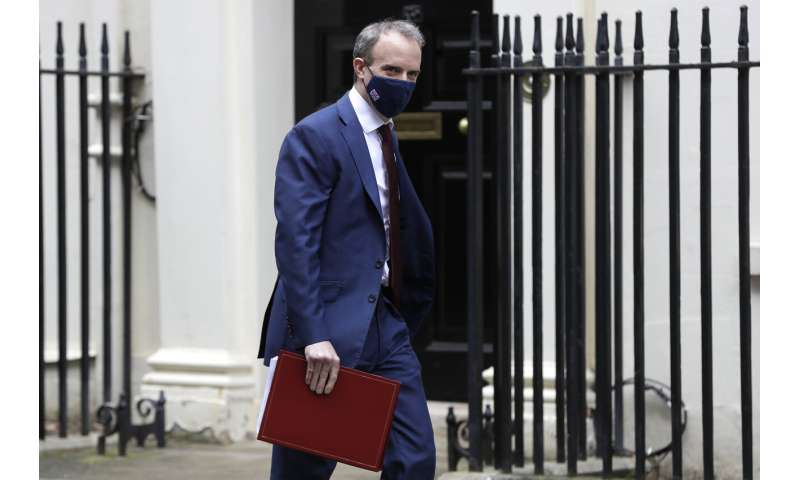 At a press briefing on Monday, Tedros Adhanom Ghebreyesus said immunizations provided by the U.N. backed effort COVAX have begun in Ghana and the Ivory Coast, but lamented that this was happening only three months after countries such as Britain, the U.S. and Canada began vaccinating their own populations.

“Countries are not in a race with each other,” he said. “This is a common race against the virus. We are not asking countries to put their own people at risk. We are asking all countries to be part of a global effort to suppress the virus everywhere.”

Britain’s vaccination program is the fastest in Europe, with more than 20 million people so far, almost a third of the population. receiving the first of their two doses. Britain also has Europe’s deadliest outbreak, with more than 123,000 people confirmed victims in the pandemic.

The British government has pledged to give “the majority of any future surplus vaccines” to the COVAX effort, but has not said when that surplus might become available.

Raab said the domestic vaccination program had gone “better than expected … So we hope to be in a position to be clear about that in due course.”

He said the ambitious COVAX goal of delivering jabs to the most vulnerable people in 92 countries by June was achievable.