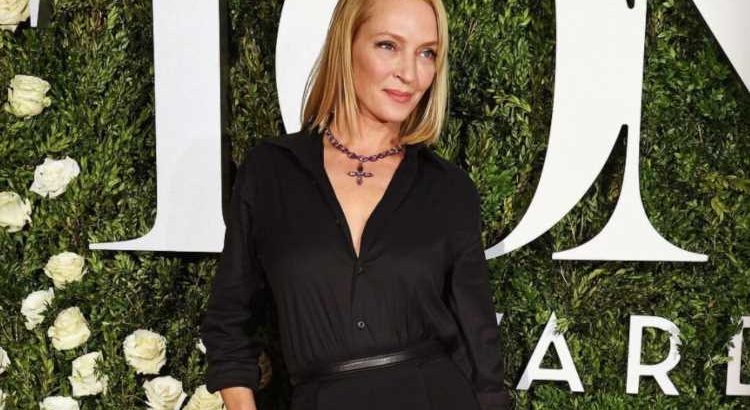 When news broke that Texas would introduce an abortion law effectively banning the procedure at as early as six weeks of pregnancy, women around the world felt a collective grief. It’s hard to believe that in 2021, we are still fighting for autonomy over our bodies but the Texas law felt like a disastrous backslide in progress, one that would have repercussions for women around the world. Shockingly, no exceptions are made for rape or incest in the law and while it does permit abortions for health reasons, these exceptions are narrowly drawn and termination only allowed should the pregnancy endanger the mother’s life. It’s a decision that will effectively cut off access to abortion for millions of people, particularly those who are most vulnerable, trapping them in a cycle of poverty for generations.

With women around the world left reeling from the law, many are doing all they can to support those in Texas. Amongst those in support have been celebrities, who have come forward to share their own experiences with abortion and speak up about how such a decision impacted their life. From Stevie Nicks to Whoopi Goldberg, Hollywood’s biggest stars have detailed with startling intimacy just how necessary an abortion can be for women are and why the law must protect pro-choice. Adding her voice to the argument is Uma Thurman, who has recently opened up about an abortion she had as a teenager in an essay for the Washington Post.

The actor described her abortion publicly for the first time, calling it her “darkest secret.” Thurman wrote how she was “accidentally impregnated by a much older man” in her late teens and decided to terminate the pregnancy. As she described, after the horror of Texas’s new draconian abortion law, she felt it necessary to share her personal experience with “the hope of drawing the flames of controversy away from vulnerable women on whom this law will have an immediate effect.”

As The Guardian reports, abortion providers in Texas have been quick to warn about the impact of the law which will create “nearly insurmountable obstacles for vulnerable populations including teenagers, low-income people, and people of colour, including undocumented immigrants. About 70 per cent of abortions in Texas in 2019 were provided to women of colour, according to Guttmacher Institute.”

A starting aspect of the law also includes the fact that any private citizen is empowered to sue an abortion provider who violates it, which consequently opens the doors to harassing and frivolous lawsuits from anti-abortion vigilantes that could eventually see most clinics in the state close their doors for good. In her op-ed, Thurman described watching the law’s passing with “great sadness” and “something akin to horror.”

She called Texas’s ban as “a staging ground for a human rights crisis for American women.” Thurman went on to add: “This law is yet another discriminatory tool against those who are economically disadvantaged, and often, indeed, against their partners. Women and children of wealthy families retain all the choices in the world, and face little risk.”

“I am grief-stricken, as well, that the law pits citizen against citizen, creating new vigilantes who will prey on these disadvantaged women, denying them the choice not to have children they are not equipped to care for, or extinguishing their hopes for the future family they might choose.”

For Thurman, her abortion came at a time where she was very young and just starting out in her acting career. She was alone in Europe and far from her family and friends when she found out she was pregnant. Initially she wanted to keep the baby, but discussions with her family saw the actor come to the decision that an abortion would be the right choice for a number of reasons, including the fact that she was unable to provide a stable home at that time in her life. Thurman expressed that she felt an internalised shame when undergoing the procedure, writing: “There is so much pain in this story. It has been my darkest secret until now. The abortion I had as a teenager was the hardest decision of my life, one that caused me anguish then and that saddens me even now, but it was the path to the life full of joy and love that I have experienced. Choosing not to keep that early pregnancy allowed me to grow up and become the mother I wanted and needed to be.”

Thurman now has three children and hopes that in speaking up about her own abortion, “some light will shine through, reaching women and girls who might feel a shame that they can’t protect themselves from and have no agency over.”