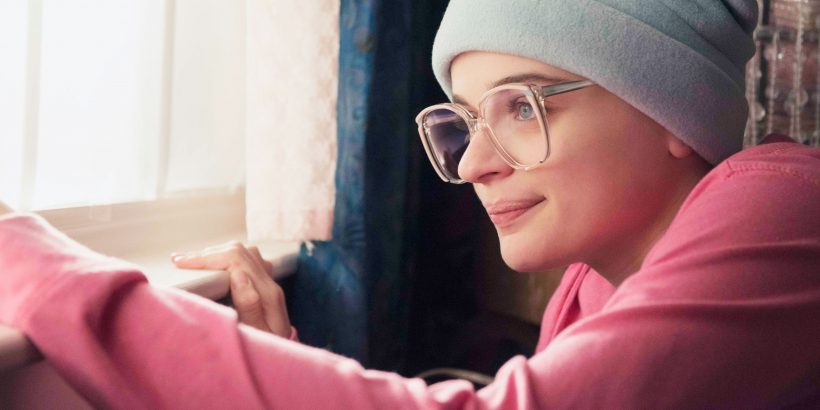 The Act, Hulu’s new series based on the true story of Gypsy Rose Blanchard and her mother Dee Dee, raises a lot of questions. But one mystery stands out among the rest: Did Gypsy actually suffer from any real medical illnesses?

First, a little background: Dee Dee Blanchard suffered from factitious disorder imposed on another (FDIA), formerly known as Munchausen syndrome by proxy, a condition that led her to pretend Gypsy Rose was ill and disabled in order to get attention, sympathy, and money from charities.

Gypsy eventually learned that she wasn’t as sick as her mother led her to believe, and tried to escape Dee Dee. After meeting a boyfriend, Nicholas Godejohn, online, she planned to murder Dee Dee, and Godejohn carried out the stabbing. She’s currently serving a ten-year sentence; Godejohn is serving life in prison.

So what illnesses did Gypsy believe she suffered from?

Throughout The Act, Gypsy’s told she suffers from a laundry list of conditions, and this happened IRL too. In a 20/20 special, Gypsy revealed that Dee Dee told people she had leukemia, asthma, vision and hearing impairment, muscular dystrophy and seizures.

Well, did Gypsy suffer from any illnesses at all?

Gypsy says she believed one of her mother’s illness claims: “I did believe my mother when she said that I had leukemia,” she said in her interview with 20/20, but without any real medical records confirming that diagnosis, no one knows for sure (Dee Dee claims that most of Gypsy’s medical records were lost in Hurricane Katrina).

In reality, the only health issue Gypsy suffers from is minor vision impairment in her left eye. “I have a little bit of a lazy eye, not all the time,” she said. Other than that, Gypsy has a perfectly clear bill of health.

When asked why she believed her mother and agreed to using a wheelchair and feeding tube when she knew she didn’t need them, she explained that she looked up to her mom. For most of her life, she was her only friend. “I was so young,” Gypsy said. “I believed that she knows best. I didn’t question it.”

Gypsy added that her mother was able to convince doctors of her illnesses with her Southern charm, friendliness, and convincing lies.

Dee Dee also had Gypsy see hundreds of doctors in order to keep them from seeing patterns. In one instance, a neurologist doubted Gypsy’s muscular dystrophy and told Dee Dee she had been misdiagnosed. Instead of being happy, Dee Dee stormed out and refused to return to that doctor, according to the 20/20 special.

According to Gypsy, Dee Dee hurt her because she was mentally ill. “She was constantly seeking attention for herself because she didn’t feel loved,” Gypsy told 20/20. “So let’s make this baby girl sick so it forever needs you.”

You can watch episodes one through five of The Act now on Hulu; new episodes air every Wednesday at 3 a.m., EST.