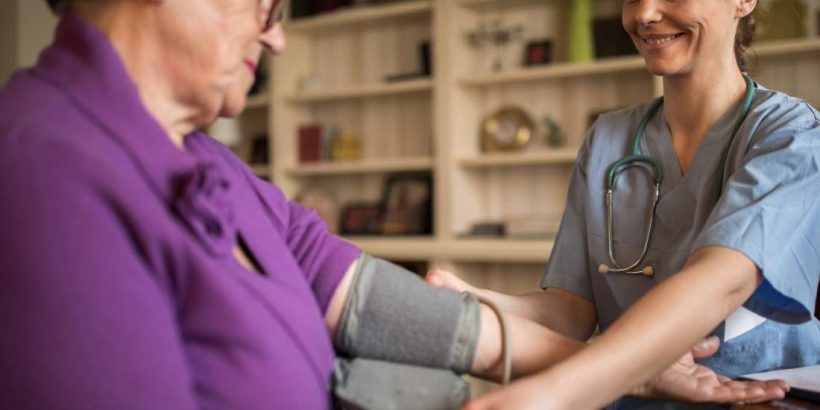 Data from the Centers for Disease Control and Prevention (CDC) indicate that approximately 75 million adults in the U.S. live with hypertension.

The AHA also name lack of physical activity, an unhealthful diet, high cholesterol, and stress as some of the primary modifiable factors that increase the risk of hypertension.

New research by scientists at the University of Edinburgh in the United Kingdom has now uncovered another factor that seems to play a role in the development of this condition.

The study, which the British Heart Foundation funded, found that a type of specialized immune cell could make a real difference to the risk of hypertension.

“Hypertension affects millions of people across the globe, including 70 percent of people over 70,” says lead researcher Prof. Matthew Bailey.

“Our discovery sheds light on risk factors and, crucially, opens routes to investigate new drugs that could help patients,” he adds.

Prof. Bailey and team’s findings appear in the European Heart Journal, and they are available online.

In the new study, the researchers worked with mouse models and zeroed in on macrophages, a type of white blood cell that forms part of the immune system.

The role of macrophages is to identify and “eat up” foreign bodies that are present due to injury and infection. The immune cells also “eat” cellular debris, which consists of the remains of cells that are no longer functional.

The current research has now uncovered a new role that macrophages play. It seems that they also consume molecules of endothelin, which is a hormone that acts as a vasoconstrictor, meaning that it can stimulate blood vessels to narrow.

The researchers verified this mechanism by feeding mice with lowered blood macrophage levels a high-salt diet (which increases the risk of high blood pressure) and monitoring their physiological reactions.

These rodents, the researchers soon found, experienced high blood pressure. However, when the team allowed macrophage levels to return to normal, the mice’s blood pressure became healthy again, which suggests that the specialist white blood cells had an important role to play.

When they repeated the experiment in mice that they had genetically modified to have poor endothelin system functioning, the findings remained consistent.

The researchers further verified the link between macrophages and blood pressure in rodents with drug-induced hypertension.

To see whether these findings were also valid in humans, the research team analyzed macrophage activity in individuals who took drugs for the management of antineutrophil cytoplasmic antibody vasculitis, a condition that affects the immune system and damages blood vessels.

The scientists found that the drugs that lowered macrophage levels, such as cyclophosphamide, led to higher blood pressure readings in the people who took them.

These findings, note Prof. Bailey and team, could help doctors better identify people who are most at risk of hypertension, and they could also lead to new and improved therapies for high blood pressure.

Still, the researchers caution that further studies are necessary before the interaction between macrophages and endothelin can get the go-ahead as a therapeutic target.

“Our next steps will be to investigate the role of macrophages in people living with hypertension,” says Prof. Bailey.

“[Undiagnosed high blood pressure] causes damage to the heart and blood vessels, putting you at risk of a potentially fatal heart attack or stroke. But, we still don’t fully understand all the mechanisms that lead to high blood pressure,” adds Jeremy Pearson, the associate medical director of the British Heart Foundation, who was not involved in the study.

“This study shows for the first time that macrophages — a type of cell that helps regulate our immune responses — can be involved in the control of blood pressure. More research is needed but these cells could be a new target for drugs to treat the condition.”