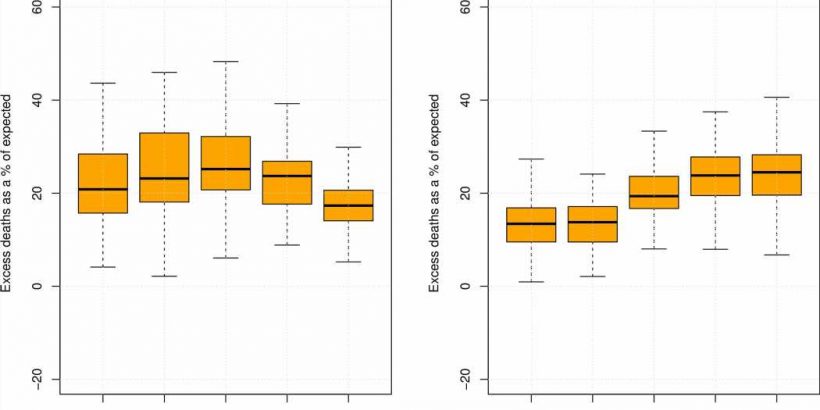 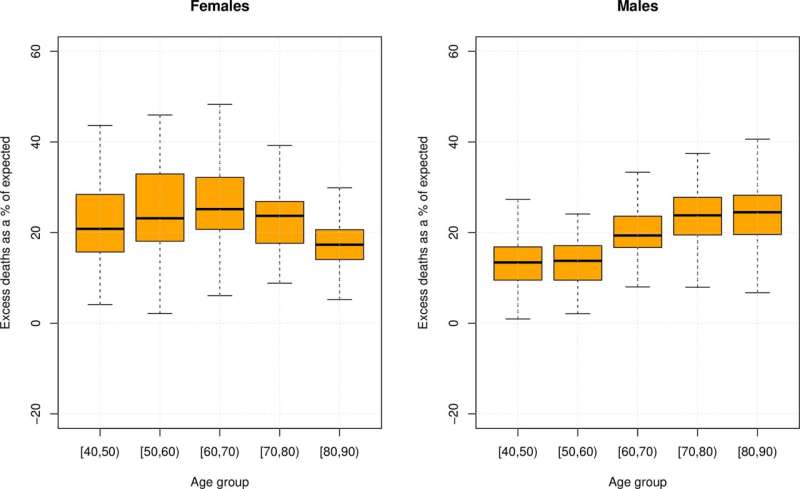 A new study assesses the number of lives lost to the COVID-19 pandemic in Russia and introduces a novel methodology that will help to get a clearer view of pandemics in the future.

Calculating how many lives have been lost in the COVID-19 pandemic is crucial for future epidemiological and policy decisions. Getting a reliable estimate is however easier said than done due to incomplete or inadequate registration data, difficulties in determining the primary cause of death, or challenges in tracking down indirect effects.

This is especially the case in Russia, where mortality estimates from COVID-19 showed a high degree of uncertainty, with varying estimates reported by different studies within and outside of Russia. The country has also received international attention due to the especially high reported mortality compared to other parts of the world.

To improve estimates on the human cost of the pandemic in Russia, in a study published recently in PLOS ONE, an international team of researchers led by IIASA conducted the most detailed analysis on pandemic mortality in the country to date.

“While national figures show that excess mortality in Russia is perhaps among the highest in the world, there is a wide degree of regional variation that deserves further analysis,” says Stuart Gietel-Basten, a researcher at The Hong Kong University of Science and Technology and a coauthor of the study. “Such variation is key to devising better public health strategies to mitigate both the ongoing impact of COVID-19, and to rebuild and reshape health systems after the pandemic is over.”

The researchers used the concept of ‘excess mortality’ that looks at the difference between the actual number of deaths and what would have been expected if there was no pandemic. Unlike other measures, excess mortality includes deaths that may have stemmed from lockdowns, restriction on movement, postponed operations, and so on, giving a much more comprehensive and reliable estimate.

The team used the latest data released from the Russian Federal State Statistics Service and calculated excess mortality for Russia and its regions for 2020 and 2021, and for 2020 also assessing mortality by age, sex, and rural-urban residence. During the two years, the researchers estimated that the pandemic has cost over one million Russian lives.

“A number of researchers within Russia and outside had more or less similar estimates,” says Sergei Scherbov, lead author of the study and a researcher in the IIASA Population and Just Societies Program.

“However, due to the advanced population projection methodology and software that we have developed at IIASA, we were able to make population projections for all regions, subdividing urban and rural populations, as well as gender and age groups. This allowed us to produce a very detailed estimate of excess mortality from COVID-19 in Russia and its regions.”

One of the study’s main findings was that different regions within the country differed greatly in mortality. In 2021, excess deaths expressed as a percentage of expected deaths at the regional level ranged from 27% to 52%, with urban regions generally faring worse. The researchers suggested that apart from population density, socio-cultural, economic and, perhaps, geographic differentials could have contributed to the differences.

“Regions of the Northern Caucasus reporting high excess mortality are known for their tradition of elderly living in larger households of extended families together with their children and descendants,” explains Dalkhat Ediev, study coauthor and researcher in the IIASA Population and Just Societies Program. Such a tradition might have contributed to higher social exposure and, hence, higher losses.”

The study also introduced a new measure called the Mean Remaining Life Expectancy of the Deceased, showing how many years on average those whose death was among the excess deaths lost. They found that for Russia as a whole, an average person who died due to the pandemic in 2020 would have otherwise lived on average for a further 14 years.

“This finding disproves the widely held view that excess mortality during the pandemic period was concentrated among those with few years of life remaining—especially for females,” notes Scherbov.

The new and improved estimates will not only help policymakers in case of future decisions on mitigation strategies, but also take a major methodological step forward, helping us get a clearer view of pandemics in the future.