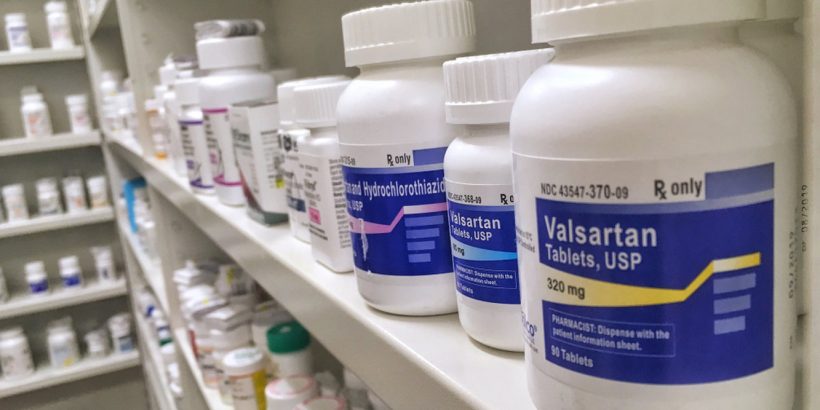 The U.S. Food and Drug Administration (FDA) has issued a series of recalls of blood pressure medication over the last 10 months, all linked to concerns that the drugs may be linked to an increased risk of cancer.

But what makes these drugs a cancer risk? All of the medications were found to contain a set of impurities in the drugs' active ingredients.

The impurities are organic chemicals, apparently formed as byproducts during drug production, that are known to cause cancer in lab animals. Still, users of the affected medications shouldn't panic: According to the FDA, the likelihood of low levels of exposure causing cancer in humans is small. However, people who use the drugs are urged to talk to their doctors about switching medications. [7 Odd Things That Raise Your Risk of Cancer (and 1 That Doesn't)]

"Even if it's a very relatively small risk, that's still risk we don't want," said Craig Beavers, a cardiovascular clinical pharmacist at the University of Kentucky Medical Center at UK Healthcare.

The affected drugs are called angiotensin II receptor blockers, or ARBs, and go by generic names including valsartan, losartan and irbesartan. A full list of the recalled medications is available on the FDA website.

ARBs work by blocking molecules in the muscles around blood vessels that tend to contract those muscles and narrow the vessels. As the muscles relax, the blood vessels open, reducing blood pressure. The impurities, discovered in July 2018, don't affect the drugs' efficacy, said Beavers, who is a member of the American College of Cardiology Cardiovascular Team Leadership Council.

But they do introduce a possible cancer-causing substance into users' bodies. Specifically, the affected drugs have higher-than-acceptable levels of compounds called N-Methylnitrosobutyric acid (NDMA) and N-Nitrosodiethylamine (NDEA). Both NDMA and NDEA have long been known to cause cancer in laboratory animals, and researchers assume the same is true for humans. The compounds particularly affect the liver, kidneys and lungs, according to The National Institute for Occupational Safety and Health.

What patients should do

NDMA and NDEA are both the byproducts of various industrial processes, including wastewater treatment. The compounds also appear naturally in some foods, such as cured meats and beer. In the case of the ARB drugs, the problem seems to originate with some of the solvents used to manufacture the active pharmaceutical ingredients, according to the FDA. As the agency has investigated the problem, it has popped up at more and more manufacturers and throughout the supply chain, leading to the expanding recalls, Beavers told Live Science.

The overall risk of developing cancer from taking ARB medications is low, according to the FDA. The agency estimated that if 8,000 people took the highest valsartan dose of the contaminated medication for four years, there would be one additional cancer case above the average rate. Most people taking valsartan would not have reached that maximum contaminated dose, the agency noted.

The FDA said that patients taking one of the affected medications should keep taking it until they can work with their health care provider to find an alternative medication (uncontrolled blood pressure, of course, is dangerous in its own right). Patients should contact their prescriber or pharmacy right away, Beavers said, because many ARBs are not affected and there are many alternatives to the ARB class of drugs. ARBs are rarely the only medically effective option for someone, Beavers said.

"If you have to switch to another class of agents, most people could," he said.