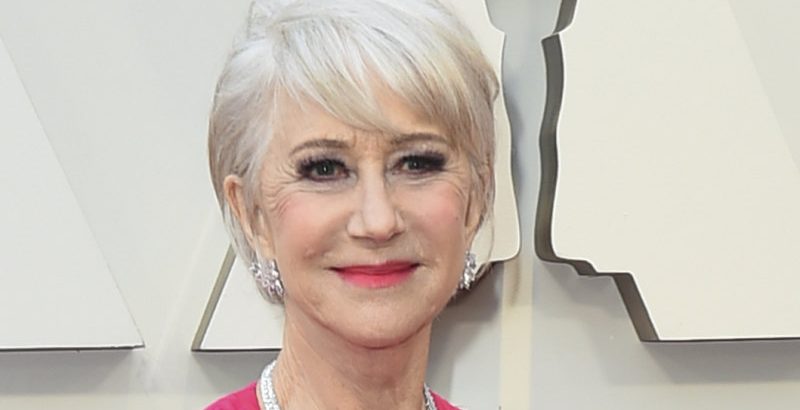 I recently caught up with a friend I hadn't seen for a while, and the first thing that struck me was how great she looked. Like she’d had many nights of good sleep, in a way I haven’t looked since I hit my thirties and started having children.

I asked her if she’d been on a holiday, she leaned in and said conspiratorially, "I’ve had Botox." 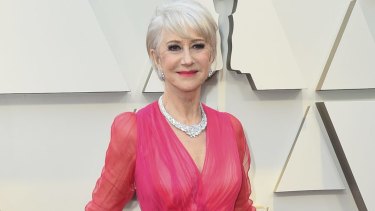 Helen Mirren, 73, looking fabulous (and her age) at the Oscars.Credit:Jordan Strauss/AP

I immediately went home and started googling Botox clinics near me, then something stopped me: what’s wrong with looking my age, anyway?

Ageing is inevitable, or at least greatly preferable to the alternative, but the visible changes are confronting in a society that conflates youth with beauty.

As actress Diane Lane, 54, once put it: "I take comfort that aging happens to everybody. It's part of life. Yes, it bothers me when I have lines or puffiness or droops. But it connects me with the human race. Just like the weather is the great equaliser, so is ageing." 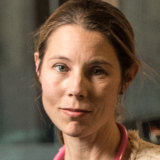 According to Kathleen Riach, Professor of Management at Monash Business School, looking older presents a particularly acute problem for women, because of the cultural premium placed on a woman’s appearance, meaning women can face negative appearance based perceptions at a younger age than men.

found that many women aged between 45-55 identified ageism as a barrier to achieving their career ambition. Age discrimination can come at a particularly cruel time for women.

Many women will have a career break or a period of part-time work while having children, returning with a renewed sense of career drive, only to be seen as "past it" because they have not followed a straight-line career trajectory, and are being compared to younger people who have not had career breaks. Given that these women are likely to continue working for decades, this is an incredible loss for the individual and the workplace. 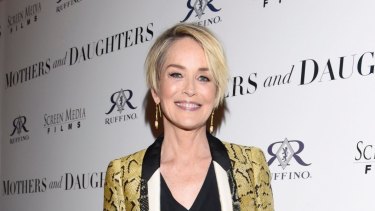 Sharon Stone warns against worrying so much about ageing we forget what we gain from it. Credit:Vivien Killilea

This intersection of age and gender based discrimination is hard to quantify. It is likely that the actual number of cases to make it to the Australian Human Rights Commission is an under-representation. Professor Riach’s research has shown that more overt discrimination is less likely than harder to prove things like corrosive microaggressions or placing people in inappropriate positions where they are doomed to fail.

Taking steps to look younger, whether by skin treatments, injectables, surgery or anti-ageing skin treatments is a rational response to this pressure and I know it makes some people really happy. But some of these treatments can have real harms. Botox is a nerve toxin that paralyses our muscles. Our facial muscles and expressions influence our emotions, so Botox injections may decrease our ability to feel emotions or to empathise with others. Hyaluronic acid injections or ‘fillers’ have on rare occasions been associated with tissue death, if accidentally injected into a blood vessel. These treatments are also expensive and can eat into women’s already lower incomes.

As well as these harms, there is the more difficult to quantify harm from the way we

judge ourselves for looking older.

Age related bias is a bias against our future selves and can have negative health implications. People who have more positive views of ageing actually have a lower risk of dementia. It’s not clear what drives this relationship: it may be due to lowered stress levels or people remaining actively engaged in social and work roles, because of their own positive self-perception.

Positive role models are incredibly important. There are many older women who already provide a disruptive and incredibly valuable vision of older age as a time of vitality, achievement and creativity.

As actress Sharon Stone, 60, once said of ageing, "You have to sit down and take a good look at yourself, particularly as you grow older and your face changes. People are afraid of changing; that they’re losing something. They don’t understand that they are also gaining something."

We also need to celebrate the contributions of older women who have left the workplace, including the economic contribution of caring for grandchildren, volunteer work or the emotional support of friendship that is invaluable for mental and physical health.

In a society where our very competence can be judged with a look, many women will feel a real confidence boost from taking steps to look younger, but it is also important to consider our own unconscious bias against appearing older.

We need to start recognising the skills and resources that are gained with experience so that we can create the kind of society we want to live in when we ourselves are lucky enough to reach older age.