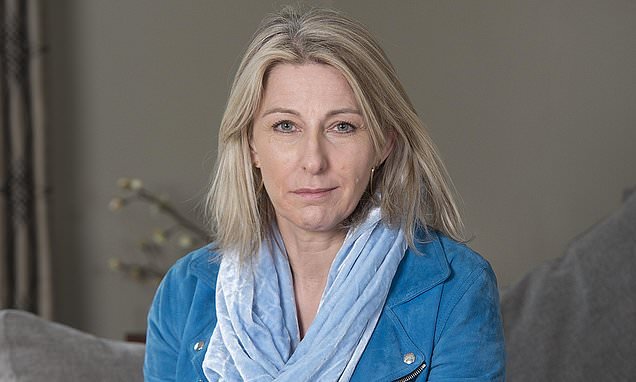 Why bloating and fatigue could be a sign you need a medieval cure – and why, without treatment, you may end up with arthritic joints and diabetes 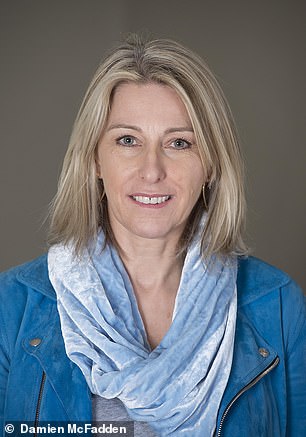 With a busy career in retail management, Corrina Towers was used to feeling tired at the end of a long day. But driving home from work one evening she suddenly felt too exhausted to continue — despite being just 20 minutes from home.

‘I felt overwhelming fatigue and pulled into the next motorway services intending to have a 15-minute nap,’ says Corrina, 51, from Great Missenden, Bucks.

‘I woke up eight hours later — still in the car — utterly confused as to where I was.’ In her 20s at the time, she should have been bursting with energy, she says.

‘Instead, I was struggling to cope with crushing fatigue.’ It was the beginning of a period of chronic ill health that was to dominate much of the next 20 years.

Apart from relentless fatigue, Corrina also developed osteoarthritis in both knees by her mid-30s — decades before that disease normally sets in — and endured almost constant abdominal bloating and discomfort.

Yet it was only in her late 40s that Corrina, who is married with five stepsons, discovered her years of suffering were due to a hidden inherited condition called genetic haemochromatosis.

Doctors believe many people like Corrina are undiagnosed, and as a result, thousands develop irreversible damage such as arthritic joints, type 2 diabetes, even fatal liver disease.

Haemochromatosis is a condition where iron levels in the body accumulate to dangerous levels.

Normally, our intestines stop absorbing iron when we have enough in our blood but due to a faulty gene, those with haemochromatosis take on so much from their diet that it reaches toxic levels.

Iron is vital for the production of red blood cells. Whereas most people are familiar with a lack of iron, or anaemia, iron overload is much less well known, even though it can lead to dangerously high levels and problems, particularly in the liver, pancreas, heart and joints. 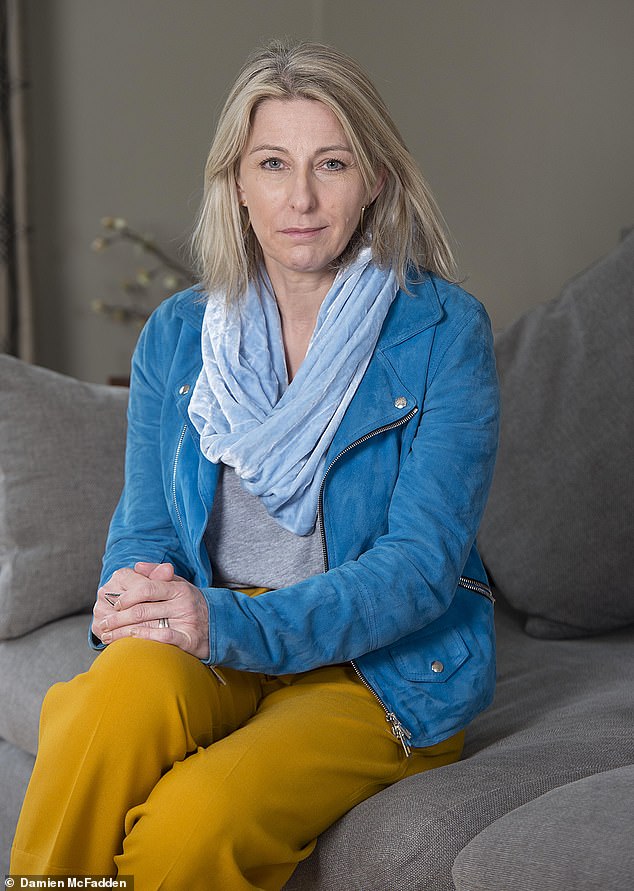 Diagnosis: It was only in her 40s that Mrs Towers discovered her years of suffering were due to a hidden inherited condition called genetic haemochromatosis

In the joints and stomach, for example, it’s thought to cause severe inflammation, respectively damaging cartilage and causing pain and bloating. The toxic effects on the pancreas disrupt production of the hormone insulin, raising the risk of type 2 diabetes.

Now a major study suggests up to 250,000 people in the UK are affected and that the condition is far more serious than previously thought.

Up to one in ten people in the UK carries one of around 16 genetic mutations that can cause iron overload. Normally, health problems only emerge when someone inherits a faulty version of the gene from both parents.

Researchers from Exeter University tracked 2,890 people with the defective genes from both parents and found one in five men and one in ten women developed serious health issues such as arthritis, diabetes and cirrhosis of the liver as a result.

The results, published in The BMJ and the Journal of Gerontology last week, showed nearly two out of every 100 hip replacements and more than one in 20 cases of liver cancer may be due to undetected haemochromatosis.

Often called the ‘Celtic curse’, haemochromatosis is the most common genetic disorder in the Western world. The mainstay of treatment is venesection — blood-letting — to drain excess iron from the body. So this medieval-sounding treatment is, in this case, the correct one. Blood-letting stimulates the bone marrow to make new red blood cells, which uses up the iron stores.

Most patients need to have one pint a fortnight removed until their iron levels have returned to normal — after which they have it once every three months or so. Symptoms tend to show up sooner in men because regular periods in women can keep their iron stores just below toxic levels. 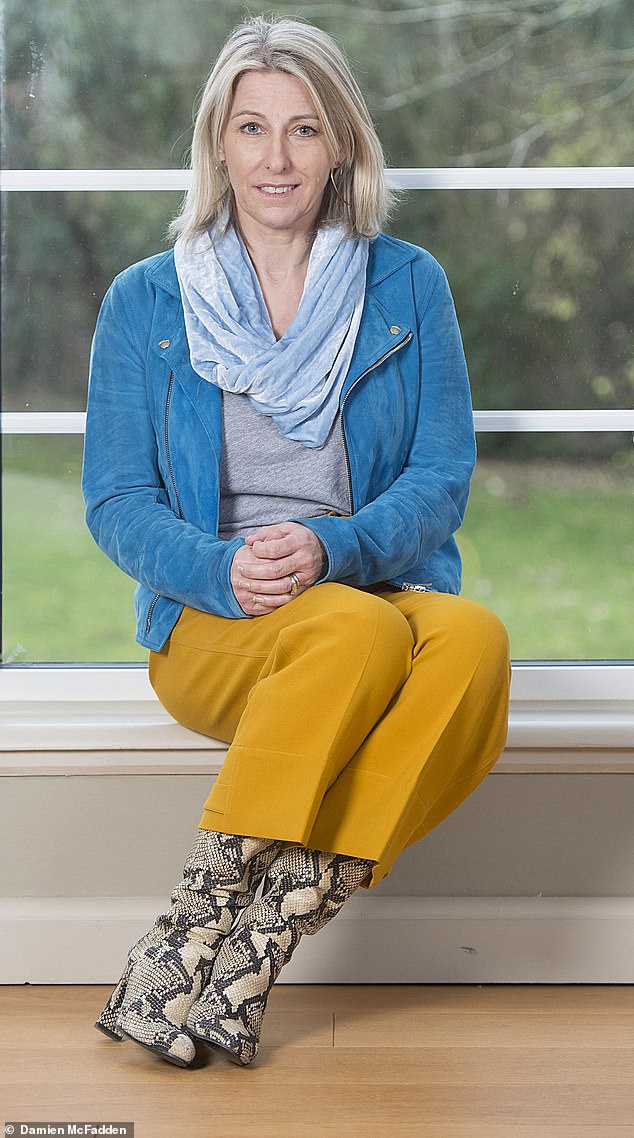 Once they go through the menopause and their periods stop, many suddenly become ill. Others, like Corrina, feel the full force of the condition earlier. ‘Initially, it was the sheer exhaustion that was the problem,’ she says. ‘I would go out to dinner with friends and fall asleep.

‘My GP did blood tests which showed I had low haemoglobin.’

This is the protein that moves oxygen through the blood and the GP thought it meant Corrina was lacking in iron. She was on iron tablets for several years but her fatigue seemed to get worse.

In fact, low haemoglobin can still be present in patients with haemochromatosis because their excess iron is stored in major organs and joints and is not necessarily detectable in the blood.

Within a few years Corrina underwent surgery on both knees for arthritis — her surgeon said it was just one of those things. But the abdominal bloating and ‘irritable bowel syndrome-like’ symptoms she experienced stayed with her until she was finally diagnosed in 2014 — by a nutritionist.

‘I had gone to see her privately as I was desperate to ease my tummy troubles,’ says Corrina. ‘She arranged a whole range of blood tests and they all came back clear, except one for haemochromatosis. I’d never heard of it.’ Corrina took her results to her GP who confirmed the findings.

She now controls her condition by donating blood every ten to 12 weeks. Patients with high levels of iron are discouraged from donating, not because the iron content is harmful to others but because doctors want to monitor these patients closely, rather than have them manage the condition themselves by donating blood.

Professor Kathryn Robson, a geneticist at the University of Oxford, says patients who develop liver cirrhosis or cancer often get mislabelled as problem drinkers. ‘I heard of a publican in Glasgow who died of liver cancer and his family were told it must have been due to his drinking, she says.

‘But he was completely teetotal — it turned out he had undiagnosed haemochromatosis.’

Tim Spring, head of clinical negligence at Moore Blatch solicitors, says over the past ten years the firm has represented more than 20 haemochromatosis clients pursing legal action against the NHS due to their misdiagnoses.

‘People with this condition can produce the same kind of liver function results as heavy drinkers,’ he says. ‘The GP asks the patient what their alcohol intake is and they may say 21 units a week, but the GP won’t believe them.’ 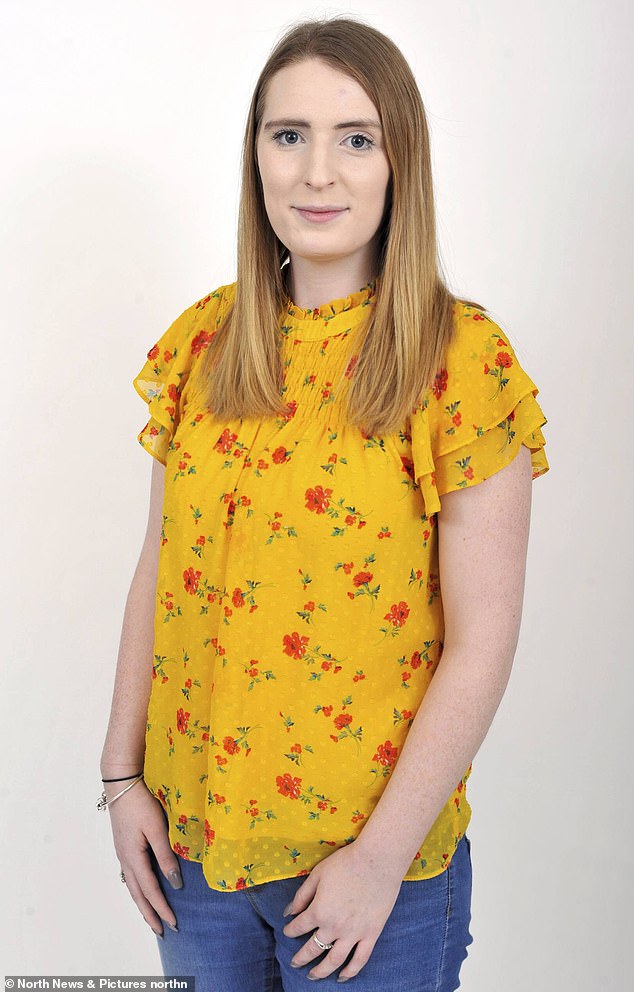 Ellen Jones, 20, from Newcastle Upon Tyne, was recently diagnosed with haemochromatosis

Professor Robson says cases are often picked up only when people are being treated for various other things.

‘Our research found as many as 10 to 15 per cent of diabetes patients attending clinics have undiagnosed haemochromatosis that may have caused their illness.’

Misdiagnosis can occur as haemochromatosis patients can have normal levels of ferritin, the protein in which iron is stored that’s used as a measure of how much iron there is in the blood.

But they may still have enormous quantities stored in their organs. To establish this involves a blood test called transferrin saturation to measure levels of transferrin, a protein that binds to iron and transports it round the body.

Experts suspect many GPs are unaware of the need for this check. Dr Jeremy Shearman, a liver specialist at Warwick Hospital, says early symptoms — such as fatigue — are non-specific, but any family history of haemochromatosis should ring alarm bells.

Dr Shearman says: ‘When I see someone with it, I give them letters to encourage family members to get tested.’ University student Ellen Jones, now 20, was told at 18 she had genetic haemochromatosis after suffering exhaustion for several years.

‘All through my GCSEs and A-levels I really struggled,’ says Ellen, from Redditch, Worcs.

‘I used to get home from school and fall fast asleep on the sofa until my mum woke me at 8pm.

‘I’d have something to eat and go to sleep again.’ Investigations revealed she had high iron levels but GPs dismissed this.

It was only when Ellen, a philosophy student, arrived at Newcastle University in 2016 and registered with a new GP that tests confirmed haemochromatosis. She has blood letting sessions every three months.

‘Now I feel amazing,’ she says. ‘My energy levels are so much better. I realise how lucky I am to have caught it so young before any real damage was done.’