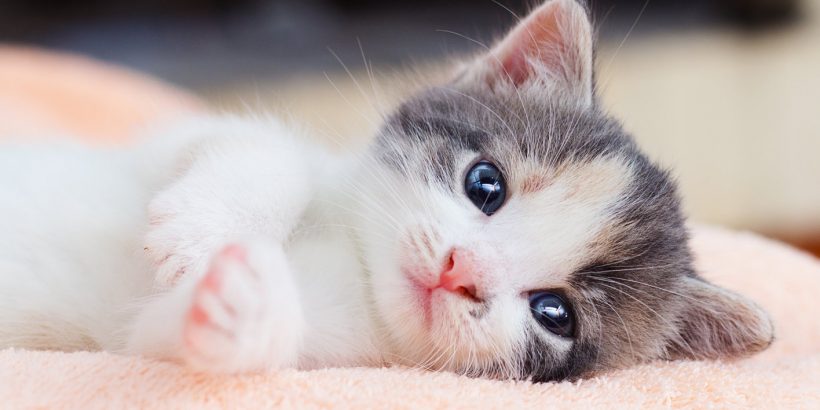 A new watchdog report claims that the U.S. Department of Agriculture (USDA) has been purchasing cats and dogs at meat markets abroad to use in gruesome experiments here in the United States.

The experiments, according to the report, involved feeding their body parts to healthy cats as well as injecting them into mice.

The report was published online yesterday (March 20) by a nonprofit organization called The White Coat Waste Project. It says that the experiments were conducted by the USDA's Agricultural Research Service in the name of research that had a very limited impact on improving public health.

So why did the USDA spend over a decade conducting these bizarre experiments? [7 Strange Facts about the 'Mind-Control' Parasite Toxoplasma Gondii]

The purpose was to research toxoplasmosis, an infection caused by the common parasite Toxoplasma gondii, said Justin Goodman, the vice president of The White Coat Waste Project, who helped write the report.

Toxoplasmosis is one of the most common parasitic infections in the world, according to the Centers for Disease Control and Prevention (CDC). It is also a leading cause of death due to foodborne illness in the U.S.

People can become infected in various ways such as by eating undercooked meat or shellfish that is contaminated with T. gondii cysts and drinking contaminated unpasteurized goat's milk, or through exposure to cat poop. Indeed, cats play an important role in the life cycle of the parasite: They become infected by eating infected rodents, birds or other small mammals, and then can shed millions of oocysts in their feces for up to three weeks.

By feeding the lab cats the tongues, hearts and brains of dogs and cats from abroad, the USDA hoped to understand how prevalent toxoplasmosis was in animals around the world, Goodman told Live Science.

But "these kitten cannibalism experiments have absolutely no relevance to human or animal health and, frankly, sound more like an entry in the diary of a burgeoning serial killer than anything else," he said.

The White Coat Waste Project says that they think these "cat cannibalism" experiments started in 2003 and continued until at least 2015, Goodman said. (It's unclear whether they are still going on now, he added.) The report lists multiple cases of the experiments: for example, in one instance, more than 300 Colombian shelter dogs were killed, and their brains, tongues and hearts fed to USDA lab cats; in another, nearly 50 stray cats from Ethiopia were killed, and their hearts fed to mice in the lab.

These experiments, along with the others conducted on kittens in the USDA's Agricultural Research Service's Animal Parasitic Disease Laboratory (APDL) in Maryland, all fall under the umbrella of "toxoplasmosis research," Goodman said.

Last year, the same group released a report on another project at the lab in which researchers bred up to 100 kittens each year. Once the kittens turned 2 months old, the researchers fed them raw meat that was contaminated with the parasite, according to that report. Then, the researchers harvested the parasites' eggs from the kittens' feces for use in food safety experiments.

But after they did that, the researchers euthanized the no-longer useful but perfectly healthy kittens, Goodman said — kittens that could have been adopted. The USDA is thought to have killed nearly 4,000 kittens in this way, The White Coat Waste Project alleged. The project was still ongoing as of a couple months ago, but lawmakers recently reintroduced a bill called the "KITTEN Act"— first introduced last year — that if passed, could permanently end the USDA practice of killing kittens.

The White Coat Waste Project's report found that research that had a major impact on the field of toxoplasmosis mostly occurred before these bizarre experiments with cats began in the early 2000s. Indeed, of 13 major papers by the USDA that detailed this infection since 1982, three were published after 2000, and only five were papers about cats or kittens, they wrote.

"This is not experimentation that's being cited [or] that's improving public health, and it certainly doesn't deserve the support of American taxpayers," Goodman said. "They don't need to ever touch a single cat again to continue studying toxoplasmosis research."

What's more, Goodman said that he thinks "the fact that the USDA has not even tried to defend what was exposed yesterday is evidence that they really don't have a good reason why they did this."

Live Science reached out to the ARS for comment but did not hear back by the time of publication.