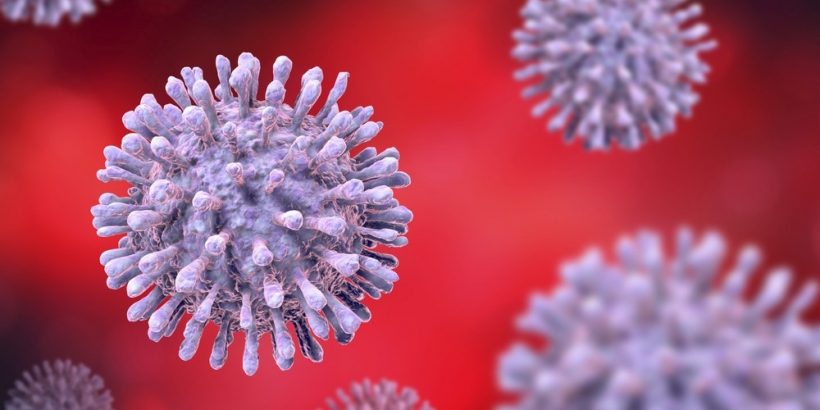 The coronavirus disease 2019 (COVID-19) pandemic was caused by the rapid spread of the severe acute respiratory syndrome coronavirus 2 (SARS-CoV-2). Since then, several SARS-CoV-2 variants have emerged in rapid succession, the most recent of which is the Omicron variant.

In a recent PNAS journal study, researchers describe the many mutations present within the Omicron variant and their impact on altered biological characteristics such as neutralization and infectivity. 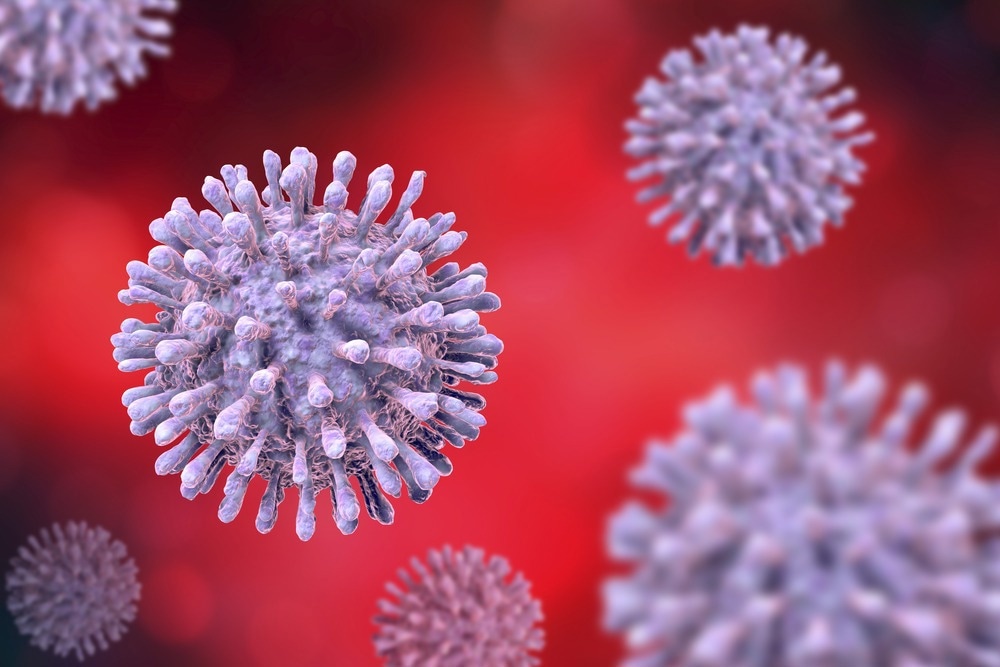 Considerable research has been conducted on the pathogenicity of SARS-CoV-2, as this information is needed to determine the optimal approach for developing new therapeutics and prophylactic measures. Despite the global rollout of COVID-19 vaccines, several new variants like the Beta and Delta variants of concern (VOCs) that resist immunity induced by earlier variants or vaccination have emerged.

Investigating the infectivity and neutralizing capacity of SARS-CoV-2 variants is difficult due to the need to conduct this research in biosafety level III (BSL3) laboratories. To overcome this challenge, pseudoviruses such as vesicular stomatitis virus and lentivirus pseudotyped with the SARS-CoV-2 spike protein have been used.

Mutations in other regions of the SARS-CoV-2 genome may also impact its properties; however, such differences cannot be studied using these pseudoviruses. For this reason, the researchers of the current study utilized SARS-CoV-2 virus-like particles (SC2-VLPs), which are capsids loaded with viral ribonucleic acid (RNA).

SC2-VLPs are produced by infecting cells in vitro with four specially designed plasmids. Three of these plasmids express the SARS-CoV-2 spike, nucleocapsid, membrane, and envelope antigens, whereas the fourth expresses a tagged messenger RNA (mRNA) that expresses a packaging signal. These plasmids allow researchers to rapidly explore what occurs following mutation of these different structural genes.

The viral structural proteins used in this study originated from the B.1.1, Delta, and Omicron variants. The effects of these mutations were compared to the activity of the B.1 (wild-type) genes. 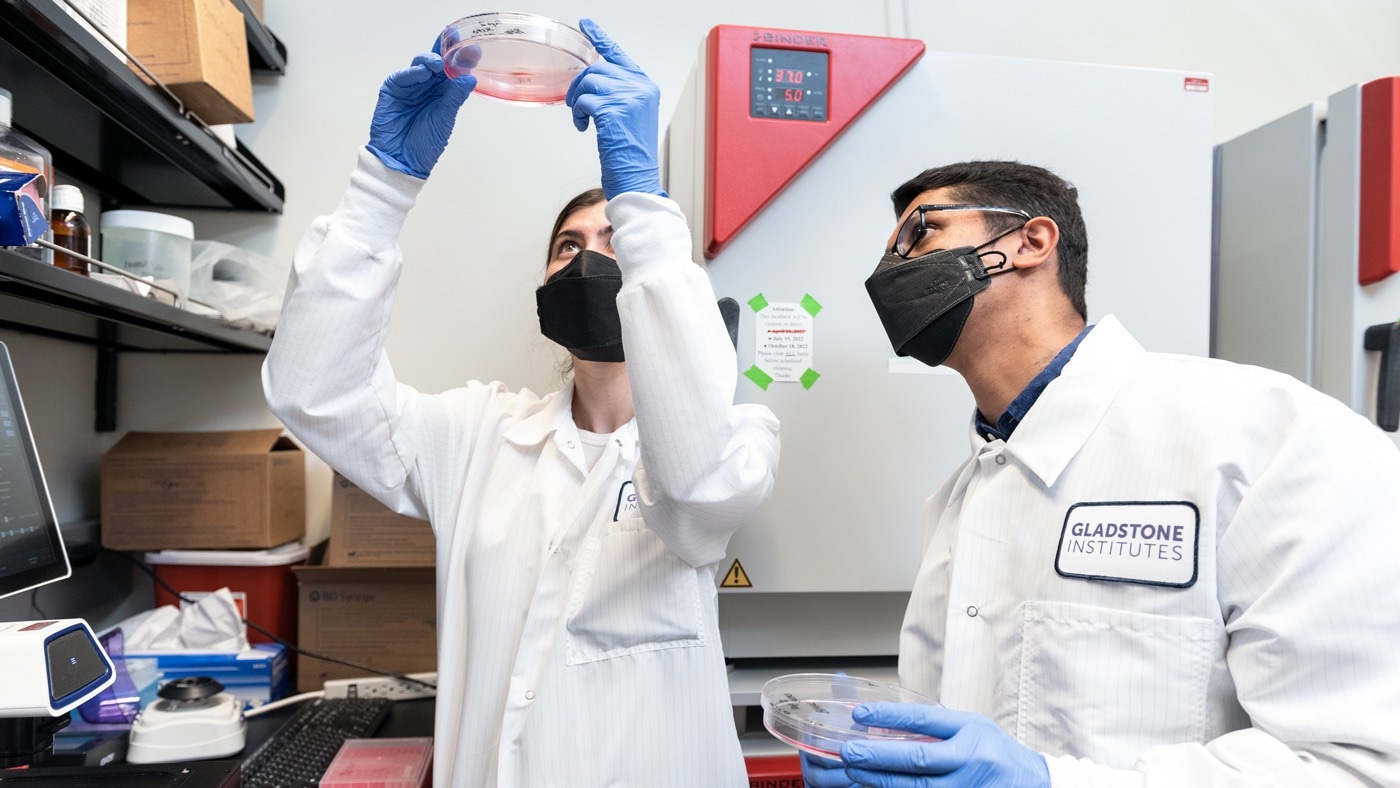 For this study, the team of researchers engineered virus-like particles, which are composed of the same proteins as the SARS-CoV-2 virus but lack its viral genome, so they are safer to work with than live virus. Shown here are Alison Ciling (left) and Abdullah Syed (right) working in a tissue culture room.

The SARS-CoV-2 Delta and Omicron spike-expressing VLPs exhibited reduced infectivity by 60% and higher infectivity, respectively, as compared to B.1; however, spike expression was similar in all variants. This difference is likely due to the reduced efficiency of Delta infection and increased intrinsic efficiency of the Omicron spike protein.

However, the lentiviral pseudoviral particles exhibited the opposite trend, with the Delta and Omicron pseudoviruses exhibiting higher and lower levels of viral entry, respectively. Spike-cell interactions also differed with the specific membrane and nucleocapsid variants expressed.

These findings indicate that the entire genetic composition of the virus affects the ability of the spike gene to infect cells. Nevertheless, the mutations in the Omicron spike are the major determinant of cell infectivity.

Previous research has confirmed that the nucleocapsid gene in all three variants relative to B.1 contains R203 mutations that are associated with higher infectivity and RNA packaging. In the current study, both Delta and Omicron nucleocapsid genes exhibited an increase in both these attributes, as well as higher nucleocapsid expression. Thus, the nucleocapsid protein is essential for efficient infection and viral packaging.

If only the membrane or envelope mutations in the Omicron variant were substituted with other genes belonging to the B.1 ancestral strain, infectivity was reduced with lower nucleocapsid and spike expression. Therefore, some Omicron genes are associated with reduced efficiency of virion assembly and lower viral fitness.

However, other Omicron genes appear to compensate and ultimately contribute to the overall five-fold infectivity of this VLP as compared to B.1. The infectivity of the Omicron VLP was comparable to that of Delta and B.1.1.

Antisera from vaccinated individuals, as well as convalescent sera from recovered patients without a history of vaccination, effectively neutralized B.1. The highest neutralizing antibody (nAb) titers to VLPs were from those who received mRNA vaccines at about 500 each. In contrast, antisera from those who received the viral vector vaccine, as well as convalescents, exhibited lower titers of about 30 each.

These titers did not correlate with anti-spike immunoglobulin G (IgG) titers, thus suggesting that binding antibodies are not always nAbs.

Neutralizing efficacy of mRNA vaccine antisera was lower against the Delta variant and reduced by 15- to 18-fold against Omicron. This escape from neutralization appeared to be mediated by multiple mutations.

Notably, a third dose of an mRNA vaccine led to higher nAb titers against all tested variants. However, Omicron neutralization was still eight-fold less than that elicited against B.1, thus indicating partial escape.

A VLP with Omicron mutations in the spike region but outside the receptor binding domain (RBD), which interacts with the host cell angiotensin-converting enzyme 2 (ACE2) receptor, was also tested. This VLP had RBD mutations that have already been shown to escape binding by Class 1 and Class 3 antibodies (OmC1 and OmC3, respectively).

Moreover, this VLP was not neutralized by casirivimab or imdevimab, though both easily neutralized B.1.1 and Delta VLPs. Whereas casirivimab was found to neutralize OmC3, imdevimab neutralized OmC1. However, the combination of Omicron mutations caused both antibodies to fail at neutralizing this variant.

The findings of this study demonstrate the utility of SARS-CoV-2 VLPs in understanding how mutations in various structural proteins affect particle infectivity and antibody-mediated neutralization of different variants. An interesting discovery is the reduced infectivity of Omicron membrane and envelope mutations, though this characteristic is compensated for by mutations in the spike and nucleocapsid genes that increase the viral fitness of this variant.

Monitoring S and N gene evolution and determining why the N gene has such a pronounced effect on viral particle infectivity may enable development of better diagnostics, more broadly neutralizing vaccine development, and potentially new therapeutics.”

The efficacy of mRNA vaccines in neutralizing non-Omicron variants was confirmed, though the study did not account for cellular immune responses that are thought to be effective in preventing and countering infection. The loss of efficacy of currently available mAbs against Omicron was also shown, while a third dose of an mRNA vaccine appears to enhance specific nAb responses to Omicron.

Our results suggest that Omicron has similar assembly efficiency and cell entry compared to Delta and that its rapid spread is due mostly to reduced neutralization in sera from previously vaccinated subjects.”

The Omicron variant is also largely resistant to most of mAbs in use today, except for bebtelovimab.