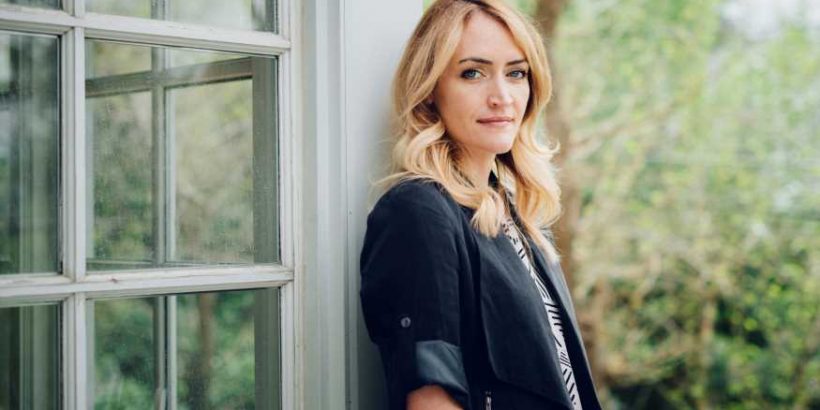 What if you had to “die” multiple times in order to live?

For writer Heather Armstrong, a scary-sounding procedure that temporarily flatlined her brain was the only way doctors could pull her from the deadly edge of depression.

“I never planned suicide… All I knew is that I didn’t want to be alive,” says Armstrong, 43, of her pre-treatment despair. She details the experimental treatment that she says “saved my life” in her new memoir, The Valedictorian of Being Dead, excerpted in this week’s issue of PEOPLE.

Though she has a history of depression, Armstrong’s harrowing crisis began in 2015. The mother of two struggled to balance single parenting (she divorced her husband in 2013 and he moved more than 2,000 miles away), working and rigorously training for a marathon. She was pulled into a debilitating darkness that lasted for 18 months.

Afraid that her ex-husband would take away her daughters Leta and Marlo (now 15 and 9, respectively) if he learned how seriously depressed she was, Armstrong didn’t seek professional treatment at first. Then came her lowest moment. Armstrong writes that she broke down at the end of a date with a man she had pinned her hopes on. Swamped by a “dangerous darkness,” Armstrong writes that she called her mom while bawling on the floor.

“Please make it stop!” she remembers wailing. “I just want to be dead!”

If you or someone you know is considering suicide, please contact the National Suicide Prevention Lifeline at 1-800-273-TALK (8255), text “home” to the Crisis Text Line at 741-741 or go to suicidepreventionlifeline.org.

After the episode, her mom convinced her to see a psychiatrist, Dr. Lowry Bushnell, who then recommended Armstrong to Dr. Brian Mickey. Mickey selected her to be one of just 10 people who underwent 10 “burst suppression” treatments that used the anesthetic propofol to flatline the brain for a short period, resulting in a kind of reversible death.

Armstrong’s mother and stepfather were there while she underwent the first procedure.

“I was anxious and frightened—but not of dying,” Armstrong writes. “I was terrified that I would never stop feeling this way. I remember someone saying that I should soon feel the fentanyl [used to prevent headaches] taking effect.”

For the full excerpt, pick up this week’s issue of PEOPLE, on stands Friday.

She continues: “Every form in the room started melting. Someone’s mouth stretched across the room and laughed, teeth big as tree trunks grazed my face. ‘Something is wrong!’ I screamed, but it came out as a whisper. My mother said the fear on my face had turned to horror. And then . . . Nothing.”

After that treatment, it took a terrifying two hours for Armstrong to wake up from the anesthesia. For the second treatment two days later, Dr. Mickey eliminated the fentanyl, thinking it may have caused Armstrong’s hallucinations. (Burst suppression therapy is still in the testing phase.)

Milla Jovovich Shares Her Tips for Battling Anxiety and Depression

Each time, the all-volunteer medical team conducting the study with Dr. Mickey raced to insert a breathing tube as soon as the propofol flatlined Armstrong’s brain, stopping her breath.

“Your arms and head hung like limp wet rags,” Armstrong’s mother told her later, according to the book. “I was certain you were dead.”

It was during Armstrong’s fifth of 10 treatments that she experienced a breakthrough — she felt happiness that she hadn’t thought was possible. (Later that day, Armstrong remembers listening to a favorite song, “Homebody” by Adorable, and it felt like the first time. “I felt so alive,” she writes.)

Now her prognosis is “really good,” Armstrong says. She continues to take medication and visits her psychiatrist every three months. She also has the complete support of her boyfriend, internet company exec Pete Ashdown. She lives with him, two of his children, and her daughters — and loves life with her blended family.

“I feel really hopeful about the future,” Armstrong says. “I’m madly in love and my kids are healthy and happy. It really is good.”

And her “brain” is along for the ride, she says.

“The best part about it is that my brain is in a place where I can enjoy it,” she adds. “I can enjoy the chaos. I can laugh at it.”

The Valedictorian of Being Dead is on sale now.

For more information on burst suppression therapy and qualifying for clinical trials, visit the study’s webpage at https://healthcare.utah.edu/clinicaltrials.