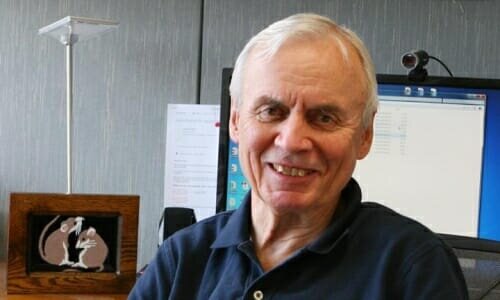 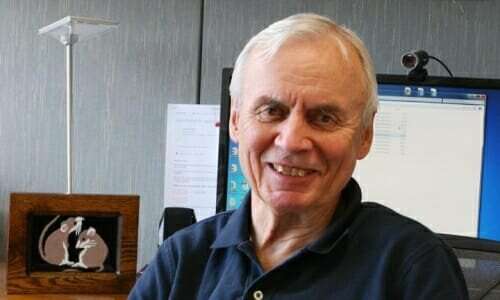 If caught early, nearly all cases of colon cancer are curable. Though this should make screening tests straightforward, colon cancer screening suffers from a paradoxical combination of low compliance rates and overdiagnosis.

In a study published April 8, 2019 in the Proceedings of the National Academy of Sciences, a group of University of Wisconsin-Madison scientists has identified four blood-based fingerprints—human protein markers—associated with the pre-cancerous forms of colon cancer that are most likely to develop into disease.

The scientists expect their findings will ultimately lead to a blood test for the cancer, adding a method to help increase screening rates while reducing overtreatment.

“This study is the first peek at the possibility that there will be blood markers for a minimally-invasive procedure that can reduce over-diagnosis. They do exist,” says senior author Bill Dove, professor of oncology and genetics with the McArdle Laboratory for Research and Carbone Cancer Center at UW-Madison.

The gold standard for colon cancer screening is optical colonoscopy, where patients must complete a day-long prep to empty their bowels before undergoing an invasive procedure—factors that contribute to low screening compliance.

When a doctor finds growths in the colon during the procedure, in most cases, they will remove those polyps and have them analyzed as either cancerous or benign (which are further divided into high or low-risk of becoming cancerous).

Another screening option, computed tomographic colonography, requires a similar bowel prep but provides a non-invasive image of the colon. This method requires a follow-up optical colonoscopy and polyp removal if it reveals an area of concern. In many low-risk cases, physicians will recommend a monitoring approach instead.

In studies of patients undergoing computed tomographic colonoscopy, researchers have found that the majority of small polyps detected during screening will never become cancerous and treating them is unnecessary.

They examined blood samples from 90 optical colonoscopy patients—split into groups of no, low- or high-risk pre-cancerous polyps—and 31 computed tomographic colonography patients who were monitored without polyp removal.

Next, the scientists selected 19 proteins they previously found to be elevated in rodent models of colon cancer and performed a technique known as mass spectrometry to measure protein concentrations in the patients’ blood.

Because they already knew the results of each patients’ colonoscopy, the researchers could correlate patient blood marker findings with their outcomes, allowing them to identify which markers, if any, are specifically associated with growing or cancerous polyps.

“There’s good evidence they’re being conserved in early disease in humans,” Dove says. “We didn’t expect we could find blood markers for such small, early, pre-malignant polyps in humans, but we did.”

The group at UW-Madison is just one of many studying ways to improve early detection of colon cancer. Dove notes that others, including Exact Sciences Corporation, also in Madison, have already developed effective, non-invasive screening tests. He views a potential blood-based test as a complement to these others.