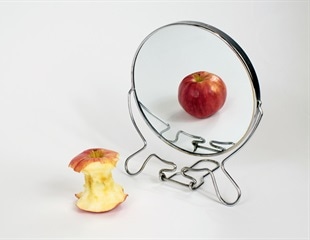 People with body dysmorphia tend to obsess over their appearance, often resorting to repetitive grooming behavior (e.g. checking oneself in the mirror more typically than usual) and the constant need for reassurance. This condition could significantly affect a person’s functioning and could bring about intense stress and anxiety if not addressed.

Researchers have yet to discover the exact cause leading to the development of body dysmorphia. However, a wide array of empirical studies suggest that the development of such condition could be influenced by both genetic and environmental factors.

Studies primarily show that individuals who have relatives with Obsessive-Compulsive disorder (OCD) or depression are more likely to develop body dysmorphia. Also, individuals suffering from other mental disorders are prone to the condition. Twin studies show that genetics could account for 42-44% of the variation in body dysmorphia symptoms.

Brain and neural differences could also cause body dysmorphia. Recent findings show that the development of body dysmorphic disorder is significantly related to the release of neurotransmitters, particularly serotonin. A lack of ample serotonin causes depressive symptoms. Thus, some newer modes of treating body dysmorphia focus mainly on serotonin regulation.

Environmental factors are also considered as significant contributors in the development of body dysmorphia. Studies show that cultural factors, traumatic experiences, and other significant life events could affect a person’s perception of his or her physical features. People who have been teased, bullied, or abused about their bodies during their younger years are more likely to develop body dysmorphic disorder.

The symptoms and diagnostic criteria for body dysmorphic disorder is stated in the latest edition of the Diagnostic and Statistical Manual of Mental Disorders (DSM-5). A person could be diagnosed with the condition if he or she meets the following criteria:

Areas of comparison and concern among patients include the face, hair, skin, breast, and genitalia. People with body dysmorphic disorders usually experience clinically-significant distress in social and occupation functioning.

Serotonin reuptake inhibitors utilize pharmacotherapeutic interventions in the treatment of the condition. Randomized clinical trials have been conducted in order to test the effectivity of this new method; results reveal the effectivity of such method but also highlight the need for a more individualized treatment plan suitable for each patient’s particular diagnosis, severity, and needs.

Cognitive behavioral therapy for body dysmorphia is a psychotherapeutic technique that focuses on the alteration of irrational and unhealthy thought process into more adaptable ones. CBT positively helps a patient overcoming his or her condition through the adaptation of appropriate strategies that alter cognition (thinking) and behavior. A complete course of CBT for body dysmorphia usually runs from 12 to 22 weeks depending on the patient’s need and severity of the condition.

Gaea graduated from the University of the Philippines, Manila, with a degree in Behavioral Sciences,cum laude . Majoring in psychology, sociology, and anthropology, she approaches writing with a multidisciplinary perspective.