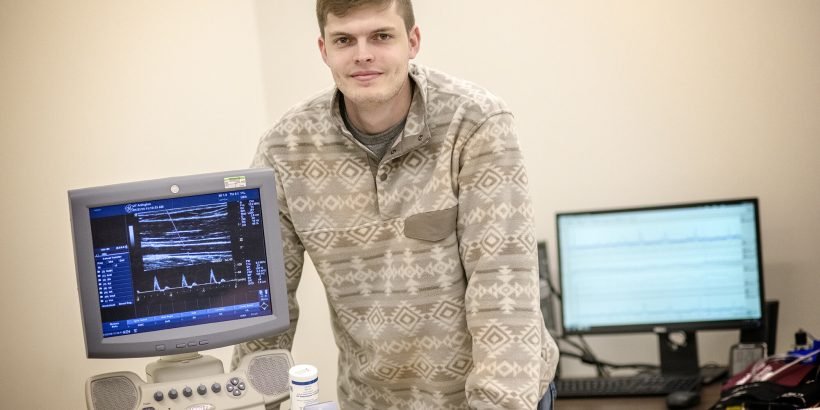 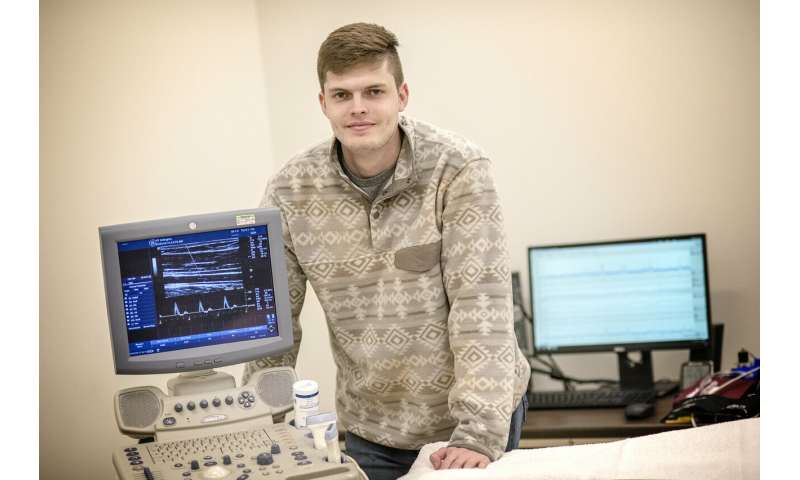 More than 30 million U.S. adults are already diagnosed with Type 2 diabetes, with projections expected to increase to nearly one-third of the U.S. population by 2050.

Young said one of the important aspects of his research is that despite recent advancements in medicine nearly 50 percent of diabetic patients still fail to adequately control their blood sugar.

“So that stresses the need for new and alternative approaches to target this area,” Young added. “I’m investigating some non-pharmacological therapeutic approaches that might help Type 2 diabetes patients control blood sugar better by increasing muscle blood flow to their muscles. It could be used by the patients at home as an alternative therapeutic approach for them.”

The two-year fellowship, which started Jan. 1, will pay for Young’s salary, as well as provide funds for supplies and travel to scientific meetings to present his work.

“It’s absolutely great to receive this grant. These awards are really prestigious and the funding line for them is very low,” Young said. “To get something like this means that the American Heart Association review panel sees me as a top candidate.”

Young, 25, was born and raised in State College, Pa., and graduated with distinction from Pennsylvania State University with a bachelor’s degree in kinesiology. Young started at UTA in 2016 and is pursuing a doctorate in kinesiology.

So far, Young has authored 10 publications in scholarly journals, including leading medical journals such as Hypertension, exemplifying his work ethic and the caliber of the rapidly expanding Department of Kinesiology at UTA.

“Ben is a highly motivated young investigator and he has proposed some novel mechanistic hypotheses that should advance research in the control of blood sugar in Type 2 diabetes patients,” said Paul Fadel, UTA’s associate dean for research in the College of Nursing and Health Innovation. “These are important studies because poor blood sugar control puts Type 2 diabetes patients at greater cardiovascular risk.”

Young said his motivation and passion for research stems from an undergraduate fellowship he received for biomedical research in the summer of 2015 at Penn State. He spent the next year there working in a laboratory environment under the direction of Penn State professor James Pawelczyk, who flew aboard the NASA STS-90 Space Shuttle mission in 1998 as a payload specialist.

“He was a mentor for me,” Young said. “During that experience, I really fell in love with the research process.”

Young said his father is an electrical engineer and his grandfather had a doctorate in chemistry and contributed greatly to the theory and design of piezoelectric quartz devices.

“While I never really knew it growing up, having these kinds of role models in my life created an appetite for science,” Young said.

Young has great respect for UTA’s Department of Kinesiology.

“The program at UTA is great,” Young said. “It is a very young program, which brings with it a lot of desire from investigators to succeed. It is nice to see everyone at UTA really pushing to complete important research projects. I am not the only one. There are so many really good trainees here, including two other American Heart Association Fellows within the department.”