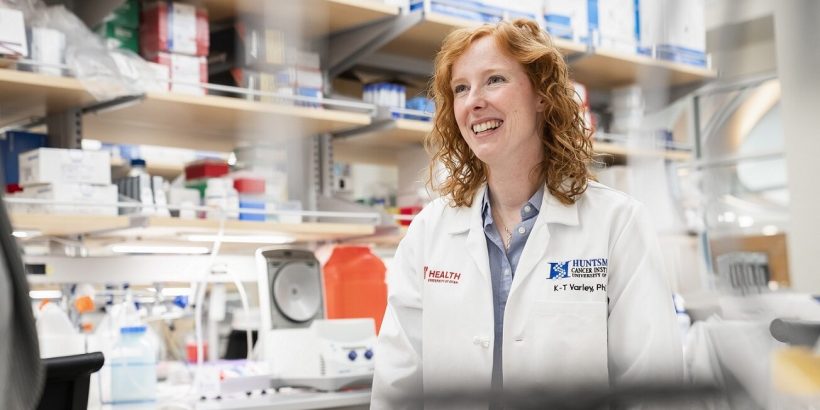 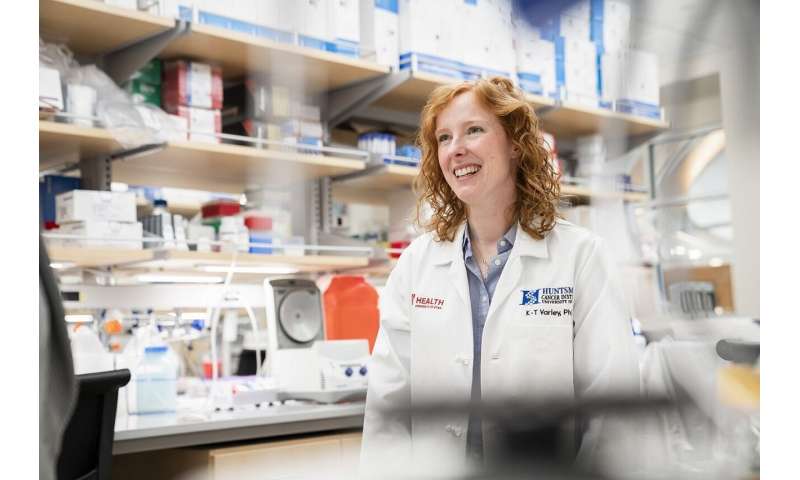 A personalized prognosis for patients diagnosed with triple-negative breast cancer was the goal of a new study by Katherine Varley, Ph.D., researcher at Huntsman Cancer Institute (HCI) and assistant professor of oncological sciences at the University of Utah.

Twenty percent of women diagnosed with breast cancer in the United States will learn they have triple-negative breast cancer. That diagnosis means the three most common proteins known to fuel breast cancer growth—estrogen receptor, progesterone receptor, and HER2—are not present in the tumor. Those patients will not respond to any of the targeted therapies developed to treat breast cancer with those characteristics. After surgery, their only treatment option is chemotherapy. Targeted therapy allows healthy cells to survive, but chemotherapy can kill normal cells when eliminating the cancer cells.

Sixty percent of patients with triple-negative breast cancer will survive more than five years without disease, but four out of ten women will have a rapid recurrence of the disease. There are currently no clinical tests to assess an individual patient’s prognosis, so all patients receive aggressive chemotherapy that can include up to four chemotherapy drugs and six months of treatment. Varley’s new findings, recently published in Cancer Research, could change that. “We could very accurately predict which patients were going to have long-term disease-free survival and which patients were likely to have recurring disease. This is very exciting because it could be the first clinical test to enable personalized prognosis for triple-negative breast cancer patients,” said Varley.

Varley previously discovered triple-negative breast cancer patients, whose tumors naturally turned on an immune response, were disease-free for much longer than those who did not. The objective of the new study was to find a way to translate this discovery into a clinical test to determine which patients have an inherently good prognosis and might safely be treated with less aggressive therapy. “That’s significant because chemotherapy can lead to long-term heart and nerve problems,” Varley noted. “If we can understand which patients need aggressive treatment and which patients will likely do well with less aggressive treatment, we could make a big difference in their lives.”

Varley worked closely on the study with Rachel Stewart, DO, Ph.D., assistant professor of pathology and laboratory medicine at the University of Kentucky. They used specimens from patients treated at HCI. The tumor samples were taken more than five years ago, so the researchers could determine how each patient fared in the long term. The next step was developing a way to test for biomarkers of the immune response. The biomarker test was developed using formalin-fixed, paraffin-embedded tissues. This is important because it means this test can be run on tumor biopsy specimens that are routinely collected for breast cancer diagnosis.

The research team is currently applying the test to triple-negative breast cancer patient samples from clinical trials of chemotherapy and immunotherapy. Their next step is to validate that the test can be used to predict prognosis and choose the most effective and safest treatments. They are also investigating whether this test could be used for patients with HER2 positive breast cancer, lung cancer, ovarian cancer, and melanoma because the immune response is similar in those diseases.