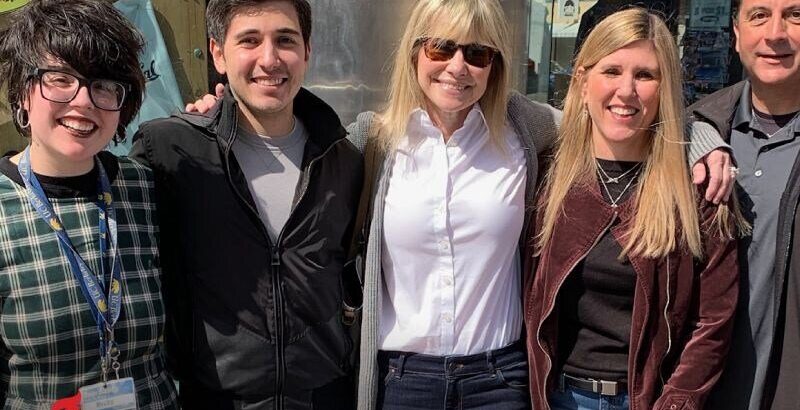 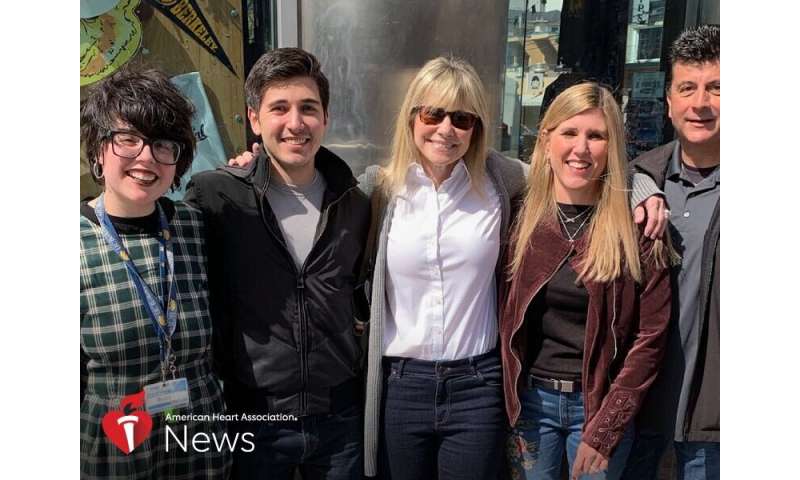 Kurt Lefteroff knew Cheryl Murdock for nine years before they started dating in September 2001. She was 42 and seemed perfectly healthy.

He didn’t know that when Murdock was in sixth grade, she was diagnosed with a heart condition. He didn’t know she had taken medications to manage that heart issue for 30 years. And he didn’t know about the episode that happened two months earlier.

While on vacation, atrial fibrillation caused her heart to beat quickly and irregularly for several days. Doctors used electric shocks to restore her normal heart rhythm and recommended she follow up with her cardiologist at home in Arizona.

Lefteroff learned all this in late October, when Murdock had a second episode. She went on medication for almost a year, then received a pacemaker. Lefteroff, meanwhile, had to decide whether to continue the journey they’d begun. He did, and they became engaged in 2005. But Murdock didn’t want to get married until she felt better.

By 2009, her heart condition worsened, and her lungs were gradually failing too. Lefteroff feared Murdock may never feel strong enough to marry. So he took her on a surprise trip to the courthouse that spring to get their marriage license, telling her that it was only valid for a year.

“You can’t be waiting for a different life,” he told her. “That may never come.”

In turn, she planned a surprise wedding on his birthday, Sept. 18.

By 2010, Murdock developed a persistent cough. She couldn’t walk across the room without stopping to catch her breath. She was added to the heart transplant waiting list on March 26.

Because they needed to be within four hours of the hospital once a match was found, they began looking for an apartment near Stanford Medical Center in California. Four days later, Murdock’s phone rang.

Early the next morning, the heart of a 14-year-old girl was beating in Murdock’s chest.

“It was bittersweet,” Lefteroff said. “Your heart aches for the donor family’s tragedy.”

The first month, then the first three months, then the first year—these are the most critical time periods for the body not rejecting the new heart. While Murdock wanted to say the recovery was easy and she felt like a new person, that would be a lie.

During three weeks in the hospital, she vomited regularly, her weight dropping to 99 pounds. She had excruciating back pain—a combination of years working as a dental hygienist and her nearly eight-hour transplant—and could not take medications for it.

The next few months in recovery were spent at their California apartment, Lefteroff monitoring her like a drill sergeant. Every morning, he checked her vital signs and wiped every surface in the apartment with bleach, ran the air purifier and tracked her medications. In the middle of every night, he changed Murdock’s sweat-soaked shirt and bed towel. He laid out her medications in shot glasses, noting the times to take each set.

She slowly improved. A few months later, they returned home to Arizona. They were allowed to write a thank-you note to the donor’s parents at seven months. They were told they had a 50-50 chance of hearing back.

They did hear back.

Murdock had been calling her heart “Tesla,” as it ran fast, ran on electricity and was expensive. But now she learned that her heart’s name was Morgan.

Morgan Gallegos was 14, a triplet who liked riding roller coasters, reading Harry Potter books and creative writing. She died from injuries sustained in a watercraft accident while on a family vacation in Mexico. Her mother worked in a hospital emergency department. Every morning, Morgan would tell her, “Save lives, Mom.” Murdock was among at least five people whose lives Morgan saved.

Murdock stayed in touch with Morgan’s parents, Margot and Tim Gallegos. In March 2018, on the eighth anniversary of her transplant, Murdock and Lefteroff met them in San Francisco. She was both excited and nervous, fearful of saying the wrong thing.

“It ended up being a very intimate connection,” she said. And Tim confided in Lefteroff that he thought meeting Murdock would help with Margot’s healing and grieving. This year, they met Morgan’s siblings, Austin and Michaela, now 23.

“Instead of being tearful this year, our meeting was more joyful, a celebration of Morgan,” Murdock said. Lefteroff said the joy has buoyed her spirits, too.

In January, Murdock celebrated her 60th birthday by going to Universal Studios and spending time at the Wizarding World of Harry Potter.