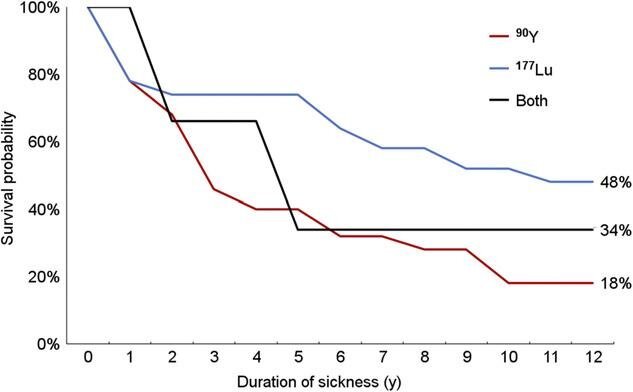 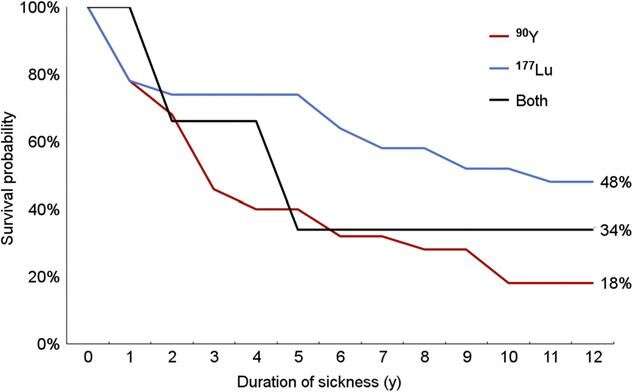 A 12-year retrospective clinical study of patients who received peptide receptor radionuclide therapy (PRRT) for malignant neuroendocrine tumors demonstrates the long-term effectiveness of this treatment, which also allows patients to maintain a high quality of life. The study is featured in the April issue of the Journal of Nuclear Medicine.

While PRRT has been used for more than 20 years to treat patients with inoperable or metastatic somatostatin receptor-positive tumors, knowledge of long-term outcomes has been limited. A number of clinical studies have demonstrated PRRT’s efficacy, and the overall response rate (including complete response, partial response, minor response, and stable disease) is about 70-80 percent for the two most commonly used radiopharmaceuticals: yttrium-90 (90Y)-DOTATOC (best suited for treating larger tumors) and lutetium-177 (177Lu)-DOTATATE (preferred for smaller tumors). For patients who respond to PRRT, the prognosis is generally favorable, with a median time to disease progression of three to four years.

Median overall survival was 79 months, but 32 percent of the patients (14 of the 44 patients—6 men and 8 women) were still alive more than 12 years after starting PRRT. Progressive disease occurring early after therapy began resulted in a poor prognosis, while women and patients with no more than two tumor sites seemed to benefit the most from PRRT.

“This study clearly demonstrates the long-term efficacy of PRRT over more than a decade in patients with metastatic tumor disease of neuroendocrine origin,” explain Michael Gabriel, MD, and Irene J. Virgolini, MD, of the Department of Nuclear Medicine at the Medical University of Innsbruck in Austria. They add that the research shows, “PRRT can be repeatedly used with limited side effects. From this perspective, a relatively stable tumor situation can be achieved over many years in a large number of patients. None of the patients who were still alive at the end of the observation period were dialysis-dependent, and most of the patients showed a still very high KPI (key performance indicator), which underlines the positive effect of PRRT in terms of the quality of life.”