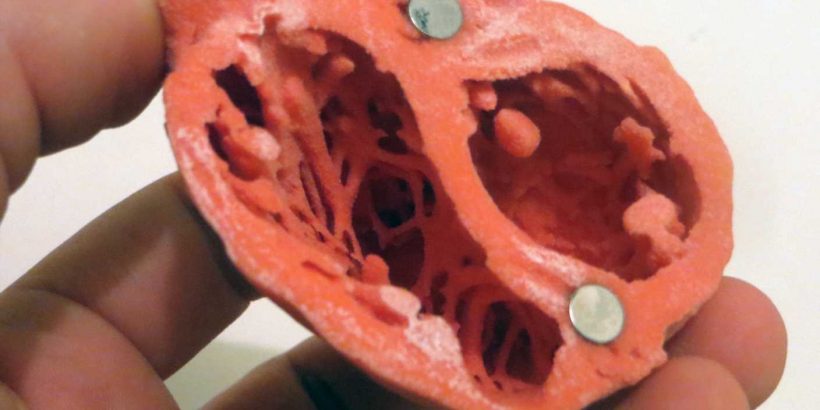 The benefits of bariatric surgery for obese individuals go beyond weight loss, according to a study presented today at EuroEcho 2019, a scientific congress of the European Society of Cardiology (ESC).

Study author, Dr. Marie-Eve Piché of the Quebec Heart and Lung Institute in Canada said: “Bariatric surgery was conceived for weight loss; our study indicates it may also reverse subclinical heart dysfunction. Since this abnormality predicts adverse cardiovascular events and mortality, its reversal could translate into improved prognosis.”

Obese individuals have a doubled risk of cardiovascular disease. Risk rises exponentially with the number of obesity-related comorbidities: namely type 2 diabetes, hypertension, and dyslipidaemia. Obesity and its comorbidities affect cardiac structure and function before overt heart disease occurs—so-called subclinical heart disease, which can be detected with cardiac imaging.

This study examined the effects of bariatric surgery on subclinical heart disease. It also looked at the impact on diabetes, hypertension, and dyslipidaemia.

The study included 38 obese patients who underwent bariatric surgery and 19 patients, matched for age and sex, who remained on the surgical waiting list. Measurements at the beginning of the study (before bariatric surgery) and at six months included echocardiography, body weight, blood pressure, blood lipids, and blood glucose.

By six months, patients in the surgery group had lost 26% of their total body weight, while those on the waiting list stayed the same weight. Rates of comorbidities at six months were significantly lower in the surgery group compared to the waiting list group: 30% versus 61% had hypertension, 5% versus 42% had dyslipidaemia, and 13% versus 40% had type 2 diabetes, respectively.

Some 22 patients (58%) in the surgery group had subclinical heart disease at the start of the study. In 82% of those patients, subclinical heart function had normalised at six months after surgery. In contrast, subclinical disease worsened in 53% of patients on the waiting list during the same period.

Dr. Piché said: “We show that abnormal subclinical heart function in obese patients is common. Early (six months) after bariatric surgery, it normalises in more than 80% of patients and is comparable to normal weight controls.”

“Obesity-related comorbidities also get better,” she added. “Interestingly, remission of type 2 diabetes after bariatric surgery was associated with improvement in subclinical heart function. Conversely, obese individuals with type 2 diabetes who remained on the surgical waiting list showed a worsening in their subclinical myocardial function during follow-up.”