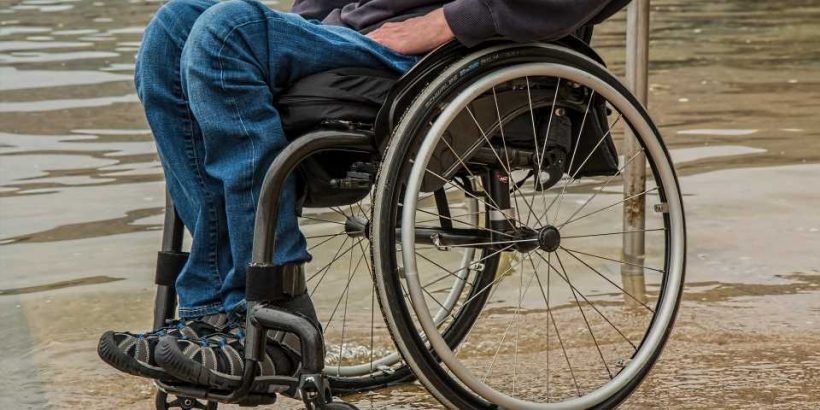 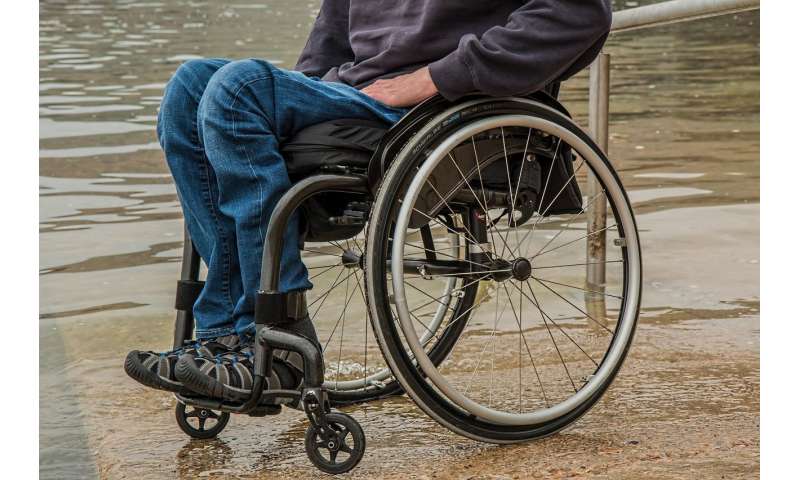 Why are people afraid to use the term “disability”?

“Attempts to avoid the use of the word ‘disability’ and couch discussions in positive terminology or euphemisms can have unintended consequences,” says Carrie Pilarski, Ph.D., an assistant professor of clinical psychology in the Michigan Medicine Department of Physical Medicine and Rehabilitation. “Avoiding the term reinforces the idea that disability is a negative or undesired state.”

Pilarski says that while the term disability is widely used and universally accepted, often there are other terms substituted, such as “differently abled,” “special needs,” and “physically challenged.”

“People use these terms because they see them as accentuating the strengths of people with disabilities,” she says. “But despite the good intention, these terms are euphemisms that deny recognition of disability as a valued aspect of diversity and identity.”

In a recent commentary piece, published in Rehabilitation Psychology, Pilarski and colleagues challenge a trend toward erasure of the term disability in hopes to improve disability cultural competency.

“The commentary was a natural discussion among female psychologists with disabilities who recognize the importance of supporting disability culture both personally and professionally,” Pilarski says. “The contributing group of authors have connected through various groups and advocacy efforts within the American Psychological Association and the APA Division of Rehabilitation Psychology.”

While Pilarski notes that avoiding the term disability has the unintended consequence of reinforcing ideas that disability is negative, the authors also explain the harmful effects of focusing on individuals with disabilities as inspirational.

In addition, the authors discuss the role of social media in disability identity and social justices.

“Social media has truly invigorated the disability justice movement,” Pilarski says. “There have been many viral hashtags for disability issues, such as #cripthevote, #iamapreexistingcondition and #thisiswhatdisabilitylookslike, that have helped not only with personal identity, but with highlighting the culture and recognizing the history of oppression, especially at a time when disability rights and services are being rolled back on a national level.”

Perhaps one of the most important campaigns is still happening: #SayTheWord.

“#SayTheWord was created by people with disabilities to claim the term disability as a valued aspect of diversity, support solidarity within the disability community, and encourage those without a disability to stop tiptoeing around the term and use it,” Pilarski says.

“This campaign is very much encouraging disabled people to reclaim our identities, our community and our pride.”

The authors also discuss how the #SayTheWord movement is helping to highlight social injustices in the disability community.

“We also discuss in the commentary the role of psychology in supporting the understanding of disability as an aspect of diversity with social justice implications similar to other marginalized groups, such as the Black Lives Matter movement and the Me Too movement,” Pilarski says.

“We’re not trying to make comparisons or to equate experiences when we reference these other groups,” she says. “We’re saying that failure to recognize disability as an aspect of diversity, similar to other marginalized groups, also has unintended consequences of reducing supports available for individuals with disabilities and their formation of a positive disability identity.”

The authors hope their commentary sparks more conversation between the disability community and mainstream media and improves cultural competency.

“Being reflective and understanding the sociopolitical implications of language on disability serves as a call to action for clinicians, educators and all disability allies to normalize the word disability and challenge the stigma associated with it. We should speak out against offensive language and the tendency to replace the word disability with euphemisms or using disability for inspiration,” Pilarski says.

“Psychologists and other providers or mentors should honor others’ language preference while opening up a dialogue about the underlying attitudes and beliefs that shape their preferred selection of terminology.”