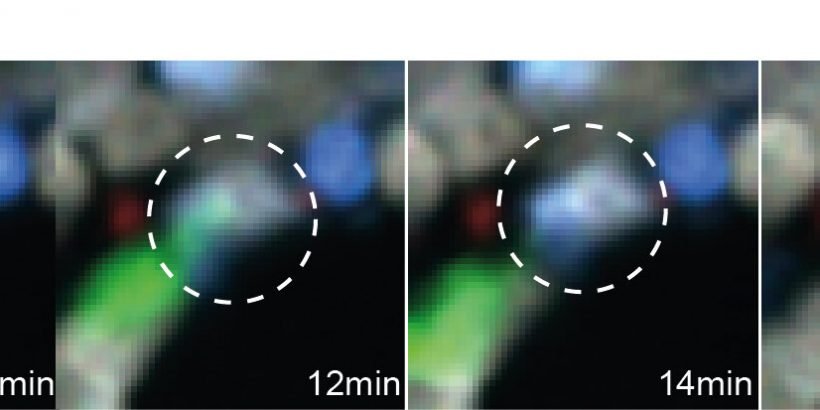 In a study that will be published April 1 in the Journal of Experimental Medicine, researchers from the Institut Pasteur and INSERM reveal that chimeric antigen receptor (CAR) T cells can induce tumor regression by directly targeting and killing cancer cells, uncovering new details of how these immune cells work and how their effectiveness could be improved in the treatment of non-Hodgkin’s lymphoma and other B cell cancers.

CAR T cells are genetically engineered immune cells that can be custom-made to attack a patient’s tumor cells. For example, CAR T cells that target a protein called CD19, which is found on many lymphoma and leukemia cells, are an FDA-approved treatment for several B cell malignancies, including non-Hodgkin’s lymphoma and acute lymphoblastic leukemia.

However, some patients fail to respond to anti-CD19 CAR T cells, while others, after an initial improvement, suffer a relapse and develop therapy-resistant tumors that no longer express CD19. Philippe Bousso and colleagues at the Institut Pasteur believe that the key to improving treatment is to learn more about how CAR T cells work. For instance, it had remained unclear if CAR T cells kill the cancer cells themselves or whether they induce other immune cells to attack the tumor.

For the study, the researchers tracked the activity of anti-CD19 CAR T cells injected into mice with B cell lymphoma. Using a microscopy technique known as intravital two-photon imaging, Bousso and colleagues were able to see individual CAR T cells killing lymphoma cells in the animals’ bone marrow. Some CAR T cells appeared to be more active than others, but, in most cases, lymphoma cells died within minutes of coming into direct contact with a CAR T cell. This suggested that CAR T cells mainly kill their targets directly.

“Computer simulations based on our experimental data supported the idea that CAR T cells rely on their direct cytotoxic activity rather than on the recruitment and activation of other cells to eliminate the bulk of the B cell lymphoma in the bone marrow,” Bousso says.

“Purging both circulating tumor and normal B cells prior to CAR T cell transfer may therefore offer a clinical benefit by improving CAR T cell engraftment and persistence,” Bousso says.

Still, the researchers found that tumor relapse and the emergence of tumors lacking CD19 occur in the bone marrow, rather than in other organs affected by B cell lymphoma, such as the lymph nodes. This appears to be because CAR T cells are not as active in these other organs, reducing the incentive for tumor cells to lose the CD19 protein.