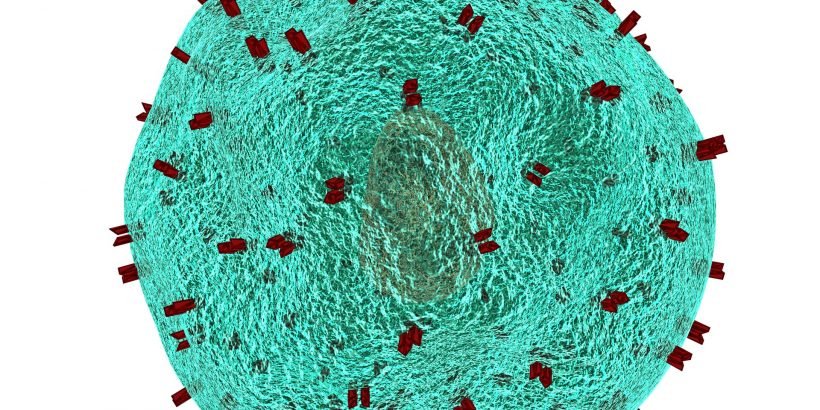 Scientists at the Higher School of Economics, the Institute of Bioorganic Chemistry of the Russian Academy of Sciences (IBCh RAS), and the Memorial Sloan Kettering Cancer Center created a genetic model that helps to understand how the body restrains autoimmune and oncological diseases. The researchers published their results in Nature Immunology.

The immune systems of humans and animals enable them to resist infectious diseases. That is, they recognize pathogens such as viruses, bacteria, fungi, protozoa, and multicellular parasites and destroy them. The T lymphocyte or “helper lymphocyte” is a special type of immune cell that identifies pathogens and helps other immune cells destroy both the pathogens and the cells they infect. The helper lymphocytes also contain a specialized lineage, called a T-regulatory or “Treg” that, instead of helping to fight infection, actually inhibits the response of normal lymphocytes. Mutations that interfere with the development and proper functioning of Treg cells lead to disastrous consequences for the body. Mice and humans without Treg cells develop fatal autoimmune diseases caused by T-helper cell’s uncontrolled attack on the body’s own cells.

The scientists studied the properties of the Foxp3 protein that is responsible for the development and proper functioning of Treg cells. They found that removing the Foxp3 protein gene from the genomic DNA prevents development of Treg cells, leading to the death of the organism. It is also known that numerous autoimmune diseases are associated with abnormal Foxp3 synthesis and Treg cell quantities. The Foxp3 protein does not work alone, but as part of a complex of proteins that help it regulate the work of genes necessary for the proper functioning of Treg cells. That set of proteins includes Foxp1, which has been the subject of much less research.

The authors of this study, under the guidance of Aleksander Rudensky, created a genetic model to explain exactly how the Foxp1 protein affects Foxp3. They began by removing part of the Foxp1 gene in Treg from laboratory mice. A comparison of the “normal” cells with the cells in which Foxp1 had been removed revealed that Foxp3 is much worse at binding DNA in the absence of Foxp1. That is, the genes of the proteins crucial for the proper functioning of Treg cells do not work correctly without Foxp1. Thus, if Foxp3 is essential for Treg, then Foxp1 also holds great importance because its removal negatively affects Foxp3. According to the researchers, achieving an understanding the structure of the complex of proteins that includes Foxp3 and Foxp1 is the key to creating drugs that can selectively affect Treg cells.