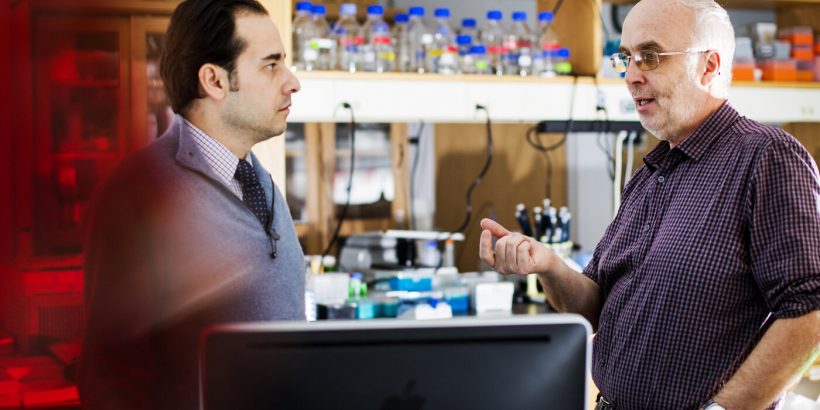 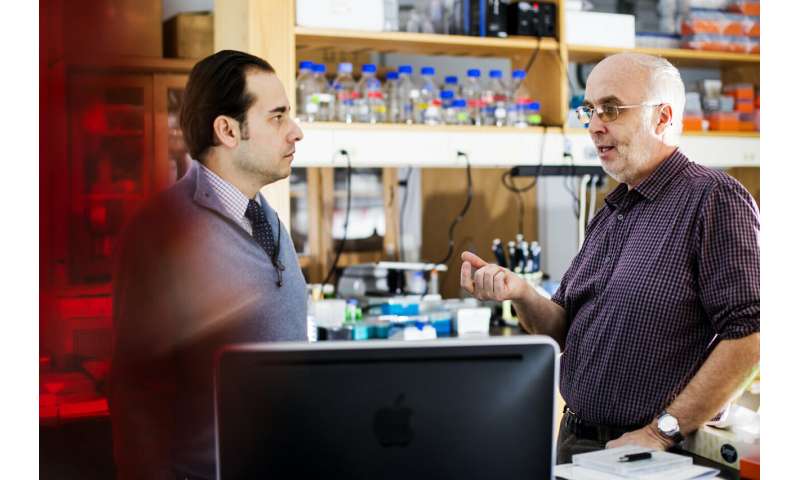 Many of the commonly used cancer treatments, such as radiation or chemotherapy, kill tumor cells. But sometimes, after those cells have died and been cleared away, a tumor will respond by growing faster and more aggressively. And scientists don’t know why.

Using computer modeling techniques, researchers at Northeastern may have found the answer.

In general, tissue cells don’t like to be crowded. When cells are packed in from all sides, they slow down, or even stop, reproducing. If nearby space opens up because of a wound, say, it can prompt cells to divide and fill the gap. In their recent paper, the researchers showed that tumors may be using this same mechanism to respond to the intentional damage done by cancer treatments.

“When we kill these tumor cells, we basically provide open space,” says Gunther Zupanc, a professor of biology at Northeastern. “That triggers a regeneration response.”

Zupanc and Rifat Sipahi, a Northeastern professor of mechanical and industrial engineering, originally received a grant from the National Science Foundation to study the regeneration of spinal tissue by modeling the growth and division of individual cells. Sipahi built the model and Zupanc broke the biological processes down into programmable “rules” to govern the cell behavior.

Modeling cancerous cell growth seemed like the logical next step. It was simply a matter of tweaking a few parameters to turn a regular cell into a tumor cell.

“Whenever tissue grows, it’s a very fine line between normal growth and tumorous growth,” Zupanc says. “We wanted to find out what makes tissue become a tumor.” 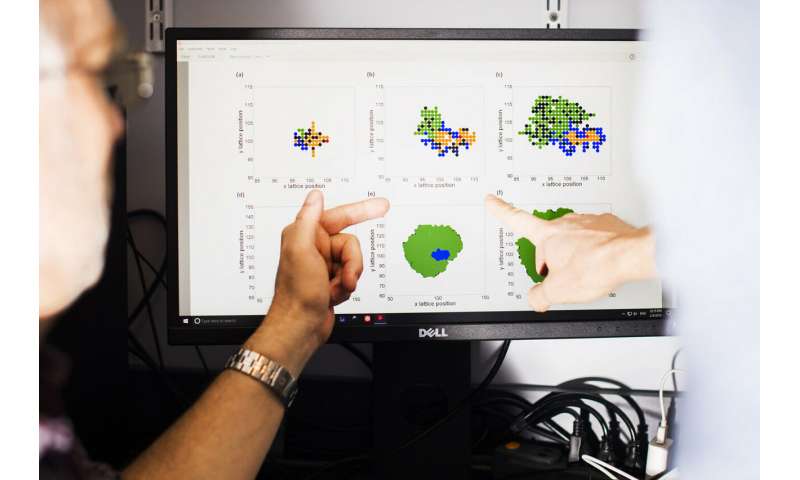 Not all cancerous cells will grow into a tumor. The model showed that if a cancerous cell was rapidly surrounded by healthy cells, it was usually rendered inert, having no space to divide. If, on the other hand, a cancerous cell had open space to grow into, it was much more likely to evolve into a full-blown tumor.

So why don’t all tumors aggressively regrow after radiation or chemotherapy? The answer, Zupanc says, has to do with the maturity of the tissue the cancer is growing in.

If chemotherapy or radiation kills tumor cells in an environment where there are more young cells than older cells, the healthy cells can out-pace and smother the cancerous cells.

But when the researchers modeled tumors in more mature tissue, using therapies that kill cells resulted frequently in the generation of tumors.

“When tissue is quite young, these cell-death-based therapies actually work well,” Zupanc says. “But in older, more mature tissue, we potentially induce tumor growth by killing tumor cells.” This seemingly paradoxical effect is frequently observed in lymphoma and prostate cancer.

Zupanc says that people should still follow their doctor’s recommendations when it comes to cancer treatment. He and Sipahi are providing a theoretical explanation for a phenomenon that doctors know is a risk with certain types of tumors. If their theory can be confirmed with experimental research, it can help shape cancer treatments in the future.