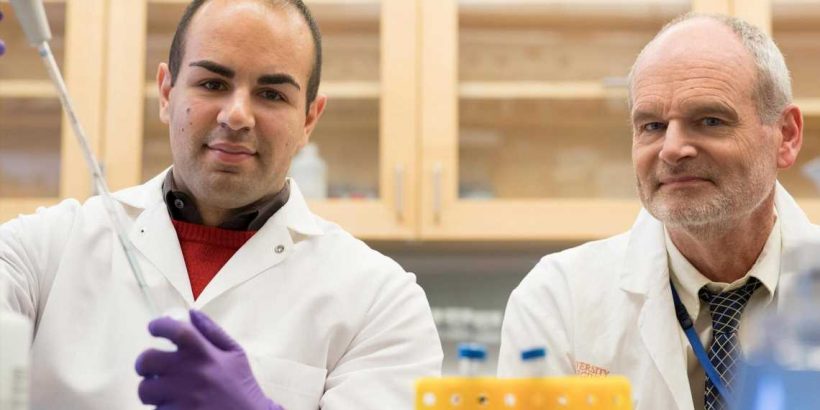 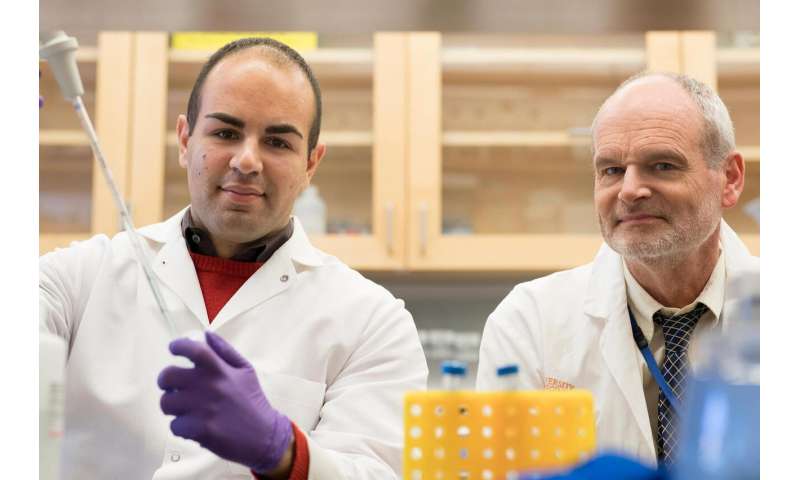 A new discovery about dangerous Clostridium difficile diarrhea has identified a new way that the bacteria – and possibly others like it – cause severe disease. “C. diff” is the most common hospital-acquired infection; the Centers for Disease Control estimate it results in 453,000 cases per year, with 29,300 associated deaths.

The new finding from the University of Virginia School of Medicine explains why certain patients are highly susceptible to C. diff infections, provides doctors with a way to predict disease severity and points to a new way to treat the often-deadly condition.

The UVA researchers found that the immune response to C. diff causes tissue damage and even death through a type of immune cell called Th17. This solves a longstanding mystery about why disease severity does not correlate with the amount of bacteria in the body but, instead, to the magnitude of the immune response. It also explains why patients with inflammatory bowel disease are more likely to suffer severe C. diff infections and more likely to die from them.

The bowel condition colitis, the researchers determined, has a lingering effect on the immune system, priming the patient for a worse C. diff infection. While scientists have known that C. diff and other bacteria produce toxins that are harmful to the body, they assumed this was a simple matter: more toxin, more sickness. But UVA’s research reveals that the truth is far more complex. Oftentimes, the type of immune response generated by the body can dictate the outcome of disease independent of bacterial toxin.

“When we, as a lab, started working on this, we were actively discouraged from working on C. difficile because [some] people in the field thought, ‘Oh, this is a toxin-mediated disease. You don’t need to understand anything more than the fact that the bacteria make toxins,'” UVA’s Dr. William A. Petri Jr. said. “So, it’s been a wonderful opportunity for us because we went in and we sort of countered the prevailing wisdom. Yes, the toxins are important, but the toxins are important because they affect the immune system in dramatic ways.”

Seeking to understand why patients with inflammatory bowel disease are so susceptible to C. diff, researcher Mahmoud Saleh created a mouse model of colitis, one of the common forms of inflammatory bowel disease. He was able to determine that mice that recovered from colitis actually had changes in their immune system – an adaptive immune response. Immune cells known as Th17 cells had become hyper-charged, primed to cause a severe reaction to subsequent C. difficile infection. Even the same amount of the bacteria would now cause a dangerous, outsized response. “If we infect a month later, we see that these [T helper cells] alone can cause severe infection,” Saleh said. “So, these cells are sufficient for that increased severity of C. difficile infection.”

The researchers then looked at human samples to determine if their finding would hold true. It did, and they were able to use substances in the blood, including a protein known as interleukin 6 (IL-6), to predict disease severity. Patients with high amounts of IL-6 were almost eight times more likely to die from C. difficile than those with low levels.

Petri, of UVA’s Division of Infectious Diseases and International Health, explained: “Now we know from Mahmoud’s work that if I, as a physician, measure IL-6 in one of my patients with inflammatory bowel disease, I’ll be able to know how severe disease will be in that person and I can make the decision about whether the person needs to be admitted to the hospital … or even go to the intensive care unit.”

The research also suggests a potential new way to treat or prevent severe C. difficile relapses. “We know that in mice by targeting T cells we protect from disease, and that leads to the question, could we do something similar and people to provide better therapy?” Petri said. “It is an interesting and terrible situation right now that C. diff is not resistant to antibiotics, but is resistant to treatment. And so even though we have very, very good antibiotics for this, the [body’s] response is so severe that even though we’re killing the bacteria with the antibiotics, patients are suffering from their own immune response.”

While more research will need to be done to create such a treatment, Petri and Saleh are proud to have solved a big mystery about C. difficile. “When you look at how much bacteria are growing or how much toxin is being produced, a lot of time there is no direct correlation,” Saleh said. “Now we know that what’s making that difference is this immune response.”