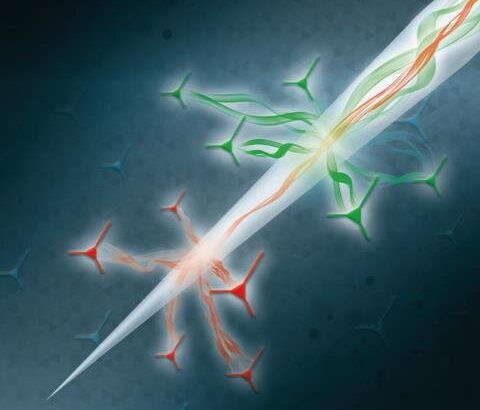 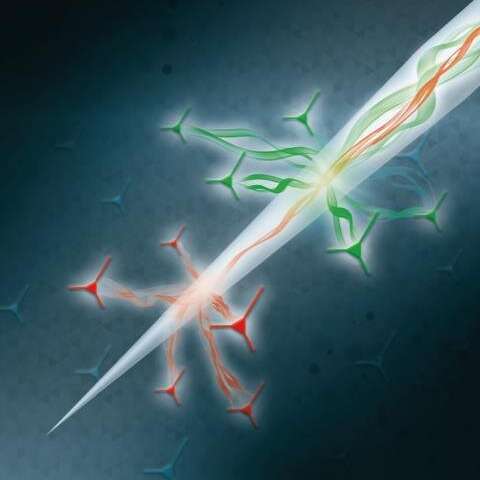 Researchers from Istituto Italiano di Tecnologia (IIT) and University of Salento, both in Lecce, Italy, and Harvard Medical School in Boston have developed a new light-based method to capture and pinpoint the epicenter of neural activity in the brain.

The approach, described in Nature Methods, lays the foundation for novel ways to map connections across different brain regions—an ability that can enable the design of devices to image areas of the brain and even treat conditions that arise from malfunctions in cells within these regions, the researchers said.

The work was led by Ferruccio Pisanello at IIT, Massimo De Vittorio at IIT and University of Salento, and Bernardo Sabatini, the Alice and Rodman W. Moorhead III Professor of Neurobiology in the Blavantik Institute at Harvard Medical School.

One of the central challenges in modern neuroscience is recording the exchange of information between regions of the brain, as well as between cell types. The new method overcomes this challenge by allowing the simultaneous collection of signals from various brain regions through the use of a tapered optical probe.

The study marks the first instance of successfully using light to decode the activity of specific neuronal populations as well as manipulation of different brain regions with the use of a single probe. The approach relies on bringing fluorescent molecules into specific nerve cells in order to track their electric activity and to measure the level of neurotransmitters—molecules that act as chemical messengers across neurons.

To achieve this, the team used an optical fiber in the shape of a narrow cone with a tip so thin and so precise that it is capable of capturing light from single neurons along regions as long as 2 millimeters (0.07 inches).

The researchers inserted the light-sensing probe inside the striatum, a region of the brain involved in planning movements, and used it to track the release of dopamine, a critical neurotransmitter involved in motor control which also plays a key role in the development of disorders like Parkinson’s disease, schizophrenia and depression.

The device successfully captured neural activity in specific sub-regions of the striatum involved in the release of dopamine during specific behaviors.