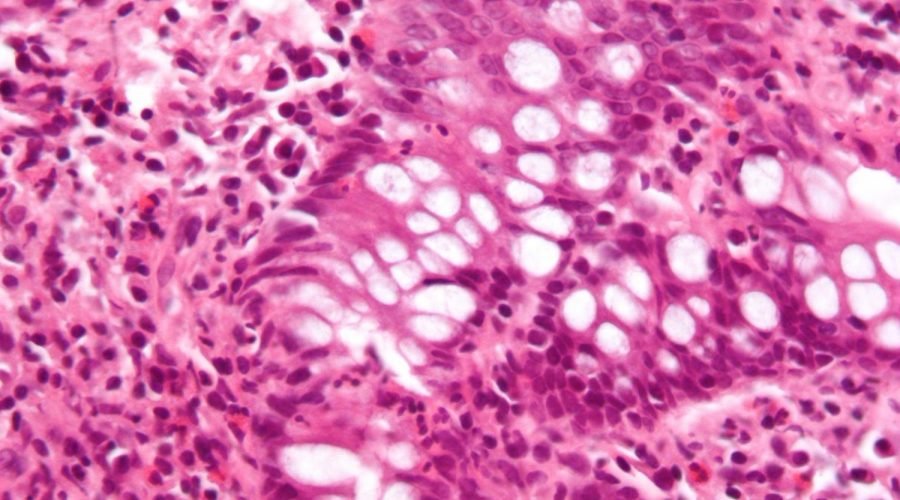 A team of researchers with members from the Netherlands and the U.S. has found differences in the numbers of gut microbes for patients with inflammatory bowel disease (IBD) and irritable bowel syndrome (IBS). In their paper published in the journal Science Translational Medicine the group describes how they sequenced the genome of gut microbes in patients with bowel problems and what they found.

In the past several years, medical researchers have made progress in better understanding bowel diseases that cause distress for patients. One of the things they have discovered is that the root cause of such diseases as colitis or Crohn’s disease (both types of IBD) could be tied to the gut microbiome. Imbalances in microbe populations have been found to be either the cause or an effect associated with certain diseases of the bowel. But until now, no one has done a serious comparison of the bowel microbe populations of people with IBD, IBS and people without a gut disease.

The researchers report that they could see differences in populations of different microbes between the two diseases and in people in the control group. In some cases, there were more of some types of bacteria, and in other cases, there were fewer. They also found that there was some overlap between the two broad classes of gut disease. And they further noted that IBD and IBS patients both had more of a certain protein in their gut that has previously been associated with inflammation—a very common occurrence for people with gut ailments.