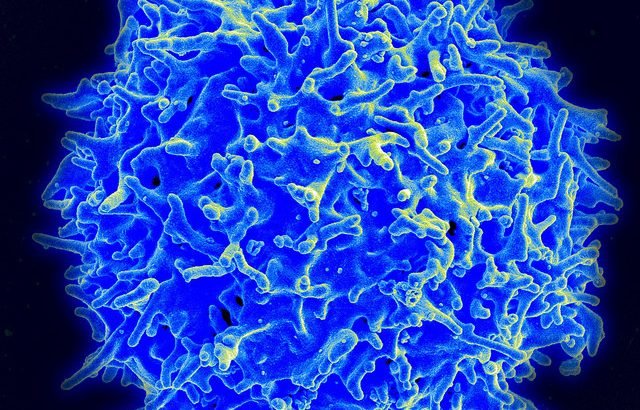 Researchers at Cardiff University have discovered that a molecule responsible for guiding virus-killing T-cells to the site of infection is also responsible for rapidly increasing T-cell numbers to fight infection, making it an important new target for the development of more effective drugs to treat both viruses and cancers.

The team, which also includes researchers from the MRC National Institute for Medical Research (now part of the Francis Crick Institute), made the new discovery while studying how killer T-cells detect viruses and relocate to the part of the body where the virus is replicating, such as the lungs in people with flu.

Professor Ann Ager, from Cardiff University, who led the research, said: “Up until know we didn’t know much about the mechanism by which T-cells are able to rapidly increase in number to fight infection. While looking at the role of the molecule L-selectin in guiding T-cells to an infection, we unlocked this secret and found that this molecule also controls the vital proliferation of killer T-cells.”

The research revealed that an enzyme called ADAM17 is responsible for removing the L-selectin molecule from the surface of T-cells which somehow results in their proliferation.

Professor Ager added: “This could prove to be a very powerful piece of knowledge, as we now have a mechanism to study, and potentially replicate, in the development of new drugs that could boost T-cell production and improve treatment for a number of viral infections. This would be especially beneficial to people who are immunocompromised and at higher risk of complications from infection.