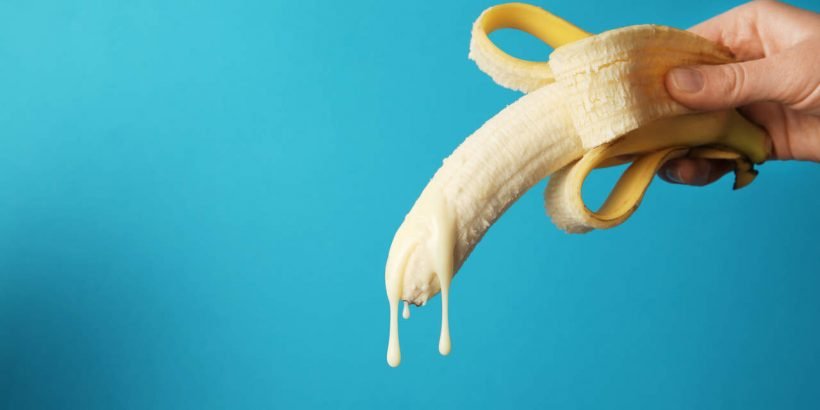 After a steamy session between the sheets, most women feel sexy, satisfied, and super relaxed. But imagine if you suddenly broke out in hives and started throwing up. That’s what happened to one woman when she had a severe allergic reaction to her partner’s semen. Yeah, mood officially killed.

The story was just published in BMJ, and apparently it’s the first-ever case of a person having a true anaphylactic (aka, potentially deadly) reaction to semen.

When the 31-year-old woman arrived at the General University Hospital in Alicante, Spain, she was breaking out in hives, vomiting profusely, and breathing with difficulty. It was clear to medical staff that she was having an anaphylactic reaction, but to what? She hadn’t eaten anything out of the ordinary, been bitten by insects, or taken any new medications.

She had, however, let her partner ejaculate in her mouth while they were getting hot and heavy.

An allergy to semen (or more precisely, an allergy to the proteins in semen) is a real medical condition, although it’s very rare. People who are allergic to semen will typically see a local reaction at the body site that came into contact with the semen, such as the vagina, skin, or mouth. But in severe cases, like this one, the reaction can lead to an urgent system-wide health issue affecting vital organs.

Interestingly, according to BMJ, the woman in this case had never had any kind of reaction to semen in the past. So something must have been different about this particular partner’s ejaculate.

Turns out that her partner had been taking a prescription antibiotic to treat an ear infection in the days leading up to the incident. In fact, he’d just taken a dose of the antibiotic four hours before the two had sex.

The medication, Augmentin, contains a common type of penicillin called amoxicillin. Lo and behold, the woman told doctors that she had been diagnosed with a penicillin allergy as a child.

There haven’t been many studies on whether the active ingredients in medication can linger in semen, but the doctors who wrote the report concluded that it is plausible in this case. Thankfully, the women made a full recovery after being treated with anaphylaxis medication.